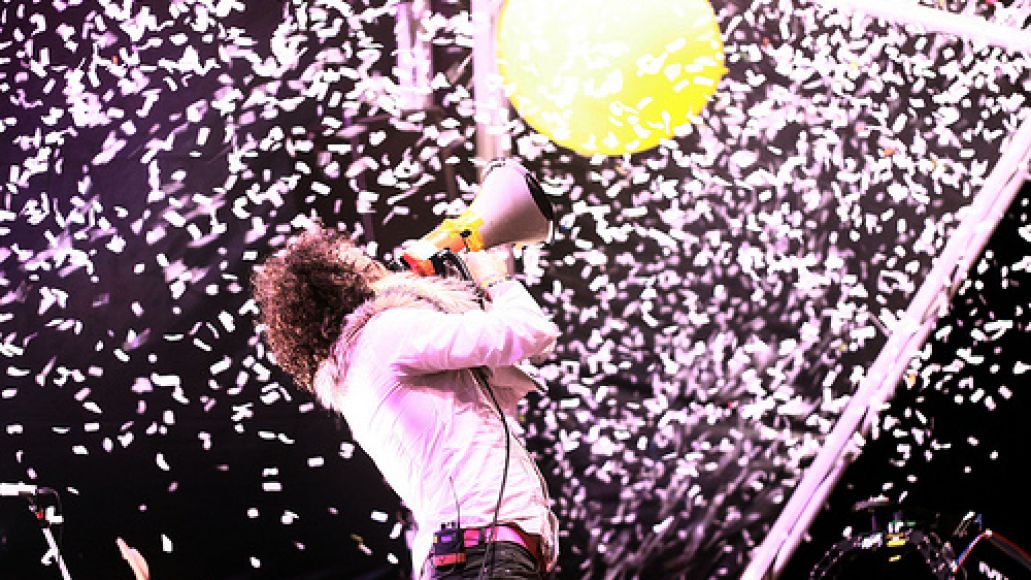 In between marijuana flavored gummy brains, gummy fetuses, real skulls, and 6-hour and 24-hour songs, The Flaming Lips’ weird-as-fuck 2011 output has also included high profile collaborations with the likes of Neon Indian, Lightning Bolt, and Prefuse 73. All of these collaborative tracks have made their way online (just click those links), but physical copies of the releases were limited to select record stores across the country. Now, though, Billboard reports that The Lips are planning to compile these collaborations, along with ones not yet recorded, for a upcoming Record Store Day 2012 release.

According to Lips frontman Wayne Coyne, the compilation will also include in-the-works collaborations with Death Cab For Cutie, Nick Cave, Ghostland Observatory, Cloudland Canyon, and maybe Lykke Li and Ke$ha, as well. “I am bound to the agreements we have with the other artists because we’re doing all of this as limited editions,” Coyne told Billboard. “They’re trusting us not just to sound cool but handle the music with special care.” Coyne also added that later in the year, most likely in October, a second compilation of the collaborations will be released.

Record Store Day 2012 is set for April 21st. Below, you can watch the video for The Flaming Lips and Lightning Bolt’s collaborative track, “I Wanna Get High But I Don’t Want Brain Damage”.