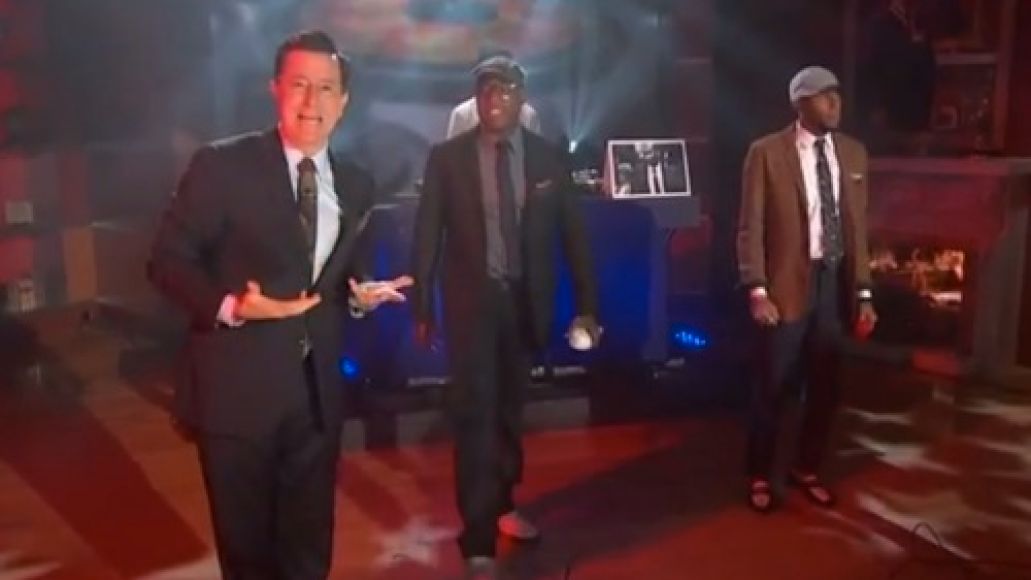 The long-awaited reunion tour of Talib Kweli and Yassin Bey’s Black Star collaboration came to a premature conclusion earlier this week when the duo scrapped their remaining U.S. tour dates. The Internet would have you believe that the cancelations were the result of tensions with Live Nation, but we prefer our own conclusion that it had to do with the existential crisis that is performing on The Colbert Report.

Black Star used last night’s appearance to first showcase a brand new cut called “Fix Up” before dropping the Mos Def & Talib Kweli are Black Star classic “Astronomy (8th Light)” as a web exclusive. However, as stress-inducing as performing in front of millions of people can be, it’s a walk in the park compared to a sit-down with late-night TV’s greatest mind, Dr. Stephen T. Colbert. The interview portion of the appearance saw Colbert quiz Bey on his recent name change, and then challenge both rappers in explaining the differences between underground and commercial rap.

Below, you can watch video of Black Star’s performance of “Fix Up” and their interview with Colbert. . Update: Also check out the web exclusive performance of “Astronomy (8th Light)” below.

Video: Black Star debuts "Fix Up" on The Colbert Report