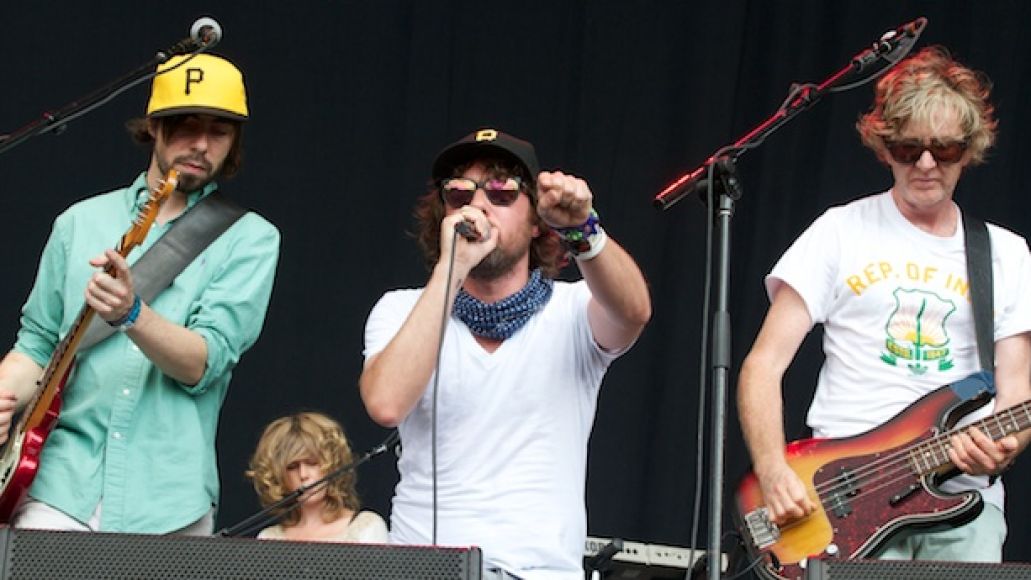 Pessimists and readers of the Internet (they’re usually one in the same) will probably conclude that Broken Social Scene’s recent decision to cover Modest Mouse’s ”The Good Times Are Killing Me” served as a bittersweet farewell ahead of the band’s indefinite hiatus. Those who’ve been through this thing before, however, could counter by saying the band, no stranger to a Broken Social Scene cover, just needed something to play with Modest Mouse frontman and special guest Isaac Brock. Regardless of the reason, it happened last Saturday night in San Francisco and Prefix points us to the video evidence below.

Video: Broken Social Scene teams up with Isaac Brock for "The Good Times Are Killing Me"