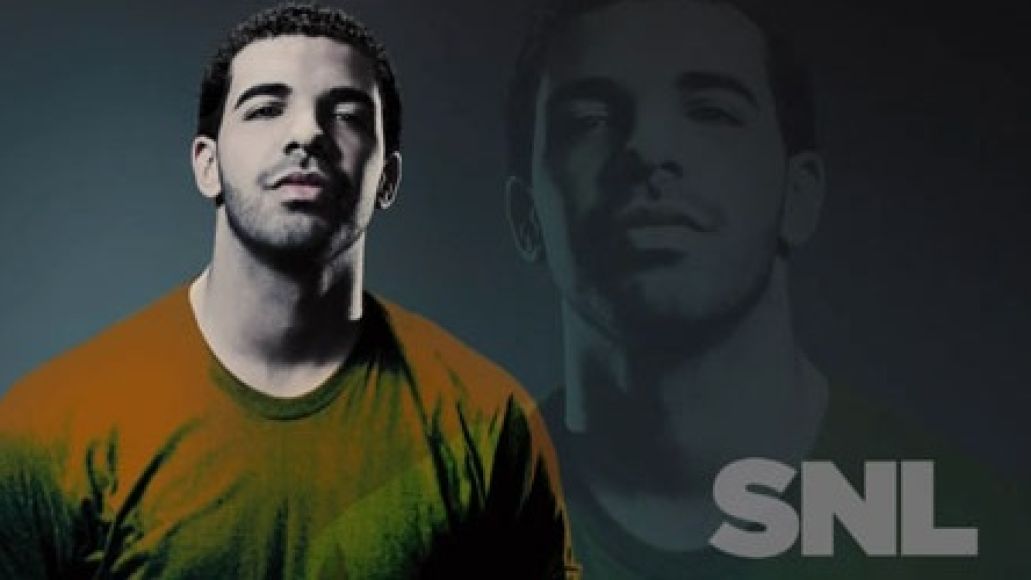 Drake may want to exude the image that he’s a hardcore rapper, but lest we forget he used to be Jimmy Brooks in Degrassi: The Next Generation. As such, the guy can not only rap and sing, but he can act as well. Drizzy’s entire repertoire was on display when he hit up this week’s edition of Saturday Night Live.

First up on the schedule was a rock-heavy rendition of “Headlines”, a performance where the MC set the pace for the evening with an energetic and inspired outing backed by a full band. Not even Drake’s boss and idol, Lil Wayne, could handle jamming out like Drake did.

Rock star dreams met, Mr. OVO turned toward some comedy by appearing in a Digital Short with The Lonely Island’s Andy Samberg. The subsequent skit had Drake doing his best straight man in a number of increasingly awkward interview segments. With a Cosby sweater and a good attitude, Drake was the perfect anchor to Samberg’s annoying tendencies.

Next, showing that he can combine both music AND comedy, Drake, alongside SNL cast member Jay Pharoah, unveiled their Halloween plans whilst dressed as teen werewolves: bag jackin’. For the pure of heart in the audience, that’s stealing candy from kids who go trick or treating. We smell potential for a novelty Young Money Halloween release…

And speaking of YM, Drake’s last feat for the night was his best: tapping labelmate Nicki Minaj for “Make Me Proud”. Unlike “Headlines”, Drizzy was the perfect bragadocius rapper, exerting a low-key swag and sexual energy. And though Minaj showed up on top of her weirdo game (only thing more absurd than her dress was her awkward snarls), Drake maintained his control of the stage and ended his busy night on top.

Check out all four clips below. Oh, and Drake, if this whole rap domination thing doesn’t work out, perhaps SNL could be a great fallback plan.