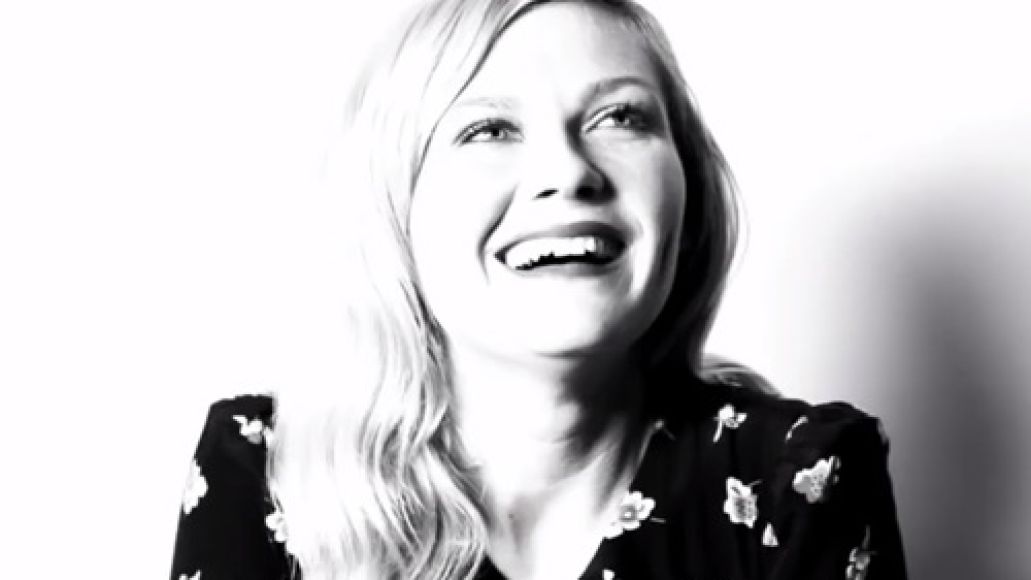 Here’s your chance to watch Kirsten Dunst smile while R.E.M.’s final single, “We All Go Back To Where We Belong”, plays in background.

The ‘Kirsten Version’ is actually the first of two videos unveiled by the band. The ‘John Version’ stars performance artist John Giorno, who pulls off the confused look better than anyone. Click here to check that one out.

As previously reported, ”We All Go Back To Where We Belong” is one of three previously unreleased songs packaged in R.E.M.’s retrospective compilation, Part Lies, Part Heart, Part Truth, Part Garbage: 1982-2011. The two-disc set hits stores on November 15th via Warner Bros.

Video: R.E.M. - We All Go Back To Where We Belong (Kirsten Dunst Version)