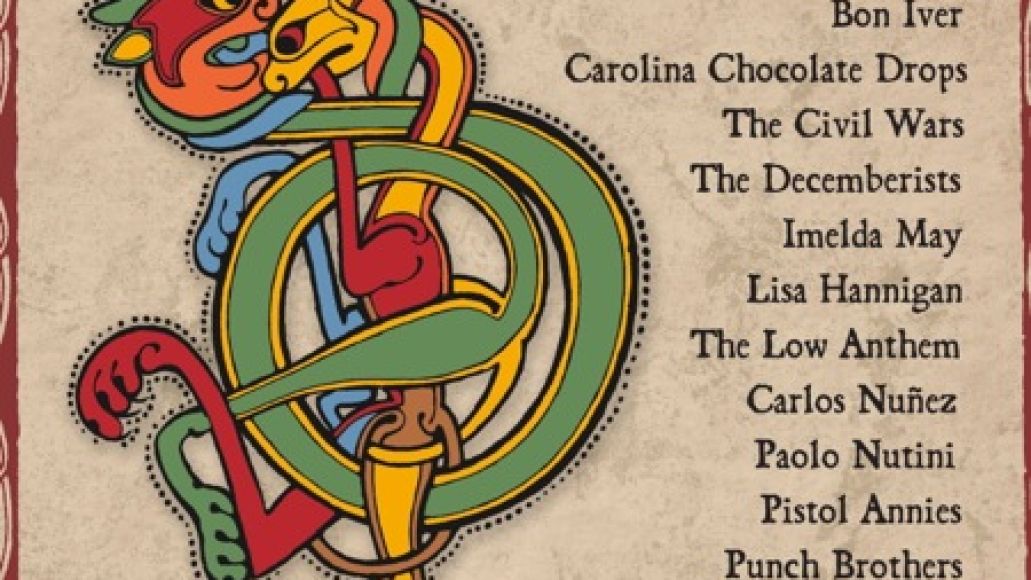 Celtic music mainstays The Chieftains — who you may be most familiar with via their Sinead O’Connor collaboration “The Foggy Dew” — turn 50-years old in 2012. As an issued press release reports, the band is celebrating with a new studio album featuring collaborations with “like-minded musical visionaries and kindred spirits.”

Titled Voice of Ages, the record features contributions from Bon Iver, The Decemberists, Paolo Nutini, Imelda May, The Low Anthem, The Secret Sisters, and Lisa Hannigan, among others. In addition, T-Bone Burnett served as producer alongside The Chieftains’ Paddy Moloney.

Voice of Ages will be available beginning February 21st, 2012 via Hear/Concord. In support of the release, the band plans to tour the U.S. extensively beginning February 17th in Santa Barbara, CA and ending on St. Patrick’s Day (March 17th) in New York City. Check out their entire tour schedule below.

Bon Iver, The Decemberists collaborate with The Chieftains