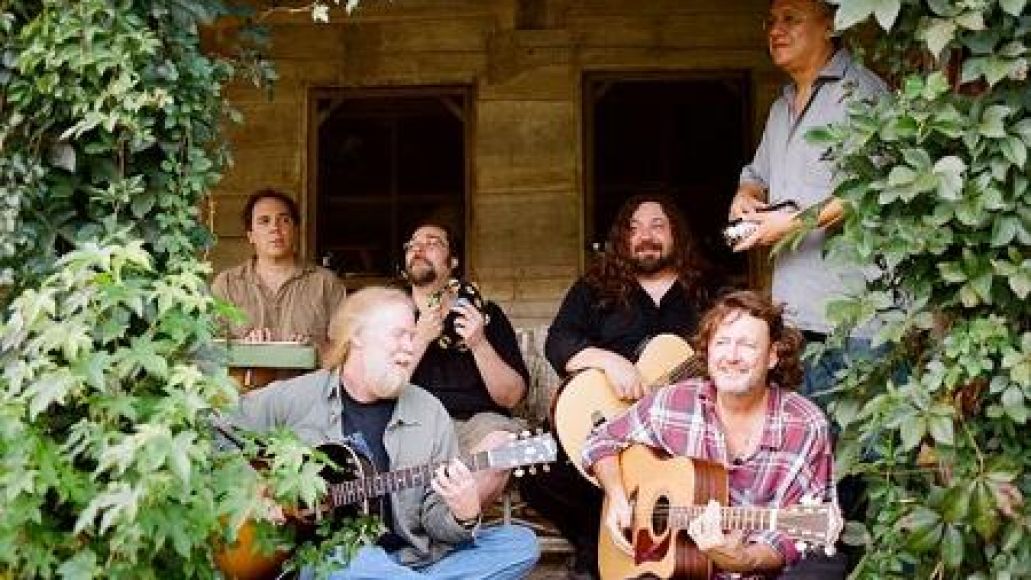 Widespread Panic is a fusion jam band from Athens, GA. Wilco is a sensitive alt-rock outfit from Chicago, IL. In the case of these two, the phrase “never the twain shall meet” couldn’t be more apropos. Yet that didn’t stop the Panic from adding Wilco to the list of covers the band tore through during this year’s Halloween show from the Windy City’s Aragon Ballroom. Tackling “Outtasite (Outta Mind)”, from 1996’s Being There, Widespread Panic added their unique down-home vibe to the decidedly alternative-sounding track. Check it out below (via Hidden Track).

Covers are a huge part of Widespread Panic’s Halloween shows, a tradition they’ve been putting on for the past 20 years. Other covers during this year’s show included Vic Chesnutt’s “Degenerate”, Muddy Waters’ “Tail Dragger”, and John Lennon’s “I’m Losing You”.