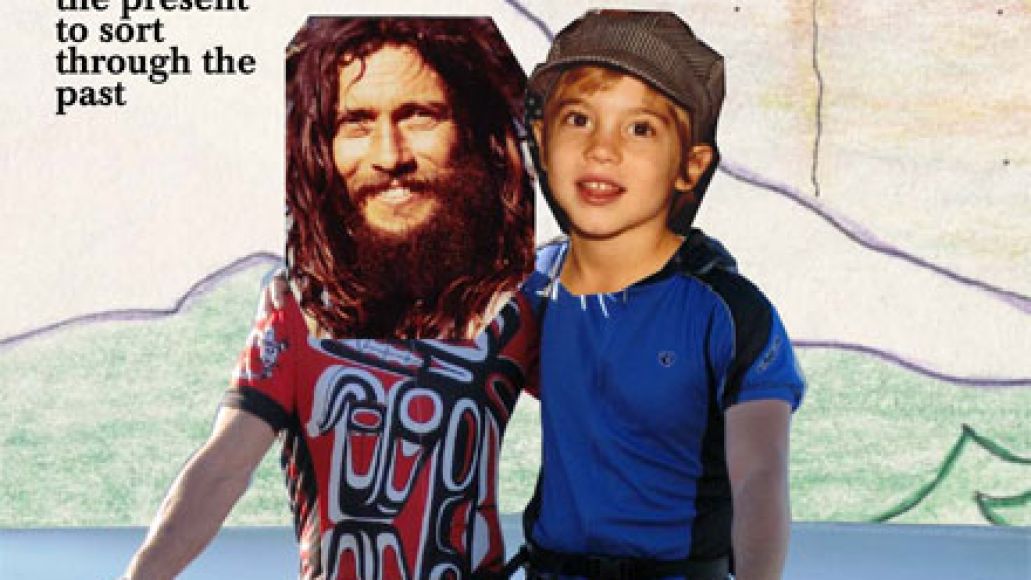 Though it’s not the first film to explore the attempted mending of a rocky father-son relationship, Kaleo La Belle’s documentary Beyond This Place presents an affecting meditation on reconciliation and forgiveness. The 95-minute film follows La Belle’s reunion with Cloud La Belle, his estranged father, which comes in the form of a week-long, 500-mile biking expedition to Spirit Lake, which sits at the foot of Mt. St. Helens and was the site of Kaleo and Cloud’s last meeting, some 17 years before. Cloud is a 70-something hippie of sorts who’s sustained his free-thinking, free-living way of life – which consists mostly of copious use of psychedelics and little regard for much of anything else – well into his old age.

Over the course of the film, Kaleo seeks to reconcile his feelings of abandonment and the adverse impact his father’s escapist lifestyle has had on his own life, confusing and even occasionally clashing with Cloud as he digs deep into his father’s psyche to try to find justification for his absence. Cloud, who describes his time apart from the real world as “being stoned for 40 years”, has trouble grasping exactly why his son is still dwelling on his extended absenteeism, and goes to great lengths to shift the blame of his parental negligence from himself, at one point even claiming that Kaleo “chose his own parents in the spirit world” prenatally, giving his son “no one but himself to blame” for any issues he held with his parents.

The film paints Cloud out to be a rather charismatic character, though often hapless in his perpetual varying states of inebriety; scenes of he and his son’s ardous biking journey are more often than not interspersed with shots of Cloud hitting a pipe or eating a handful of chocolate-covered shrooms. Even his apology to Kaleo in the film’s climactic scene is framed with his big, dopey grin and uneasy bouts of laughter. By the end of trip, however, Kaleo and Cloud discover that the two share much more than just a name, concluding their journey in a long, emotional embrace overlooking Spirit Lake.

As moving and poignant as it was, Beyond This Place‘s biggest draw is its original score which was written, composed and performed by La Belle’s long-time friend Sufjan Stevens and Raymond Raposa (of the Castanets). On Tuesday evening, Los Angeles’ Vista Theatre held a special showing of the film, featuring a performance by Stevens and Raposa. Naturally, hours before showtime, the box office line extended several blocks off of Sunset Boulevard (even though the screening had sold out a couple weeks prior), with crowds vying for a spot up front by the stage where an array of instruments and ampilfiers sat. 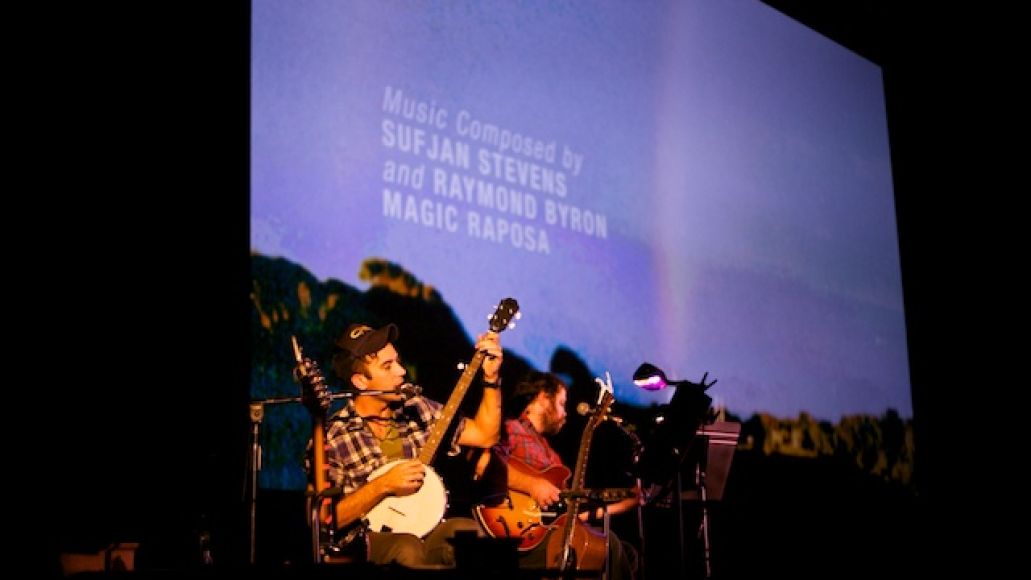 Before the film began, the pair took the stage, matching the intro’s wistful home-video footage of Kaleo’s childhood in and around Maui with soft overtones of banjo and guitar. Over the opening credits, Stevens sang his own “In the Devil’s Territory” off of 2004’s Seven Swans, though he played a surprisingly minor role in the proceedings for most of the night, adding lingering, reverbed-out guitar chords and the occasional breathy vocalization to accent the film’s more plaintive moments. Raposa led for most of the night, singing and playing lead guitar on “Beyond this Place”, a song he penned for the film, which he and Stevens performed as the credits rolled.

Whether you’re a fan of good cinema, Sufjan Stevens or both, Beyond this Place is a film not to be missed. Catch it on its limited cross-country run at a theatre near you or on DVD in the coming months. Check out the film’s official site for more details.
——
Photography by Debi Del Grande

CoS on Film: Beyond This Place