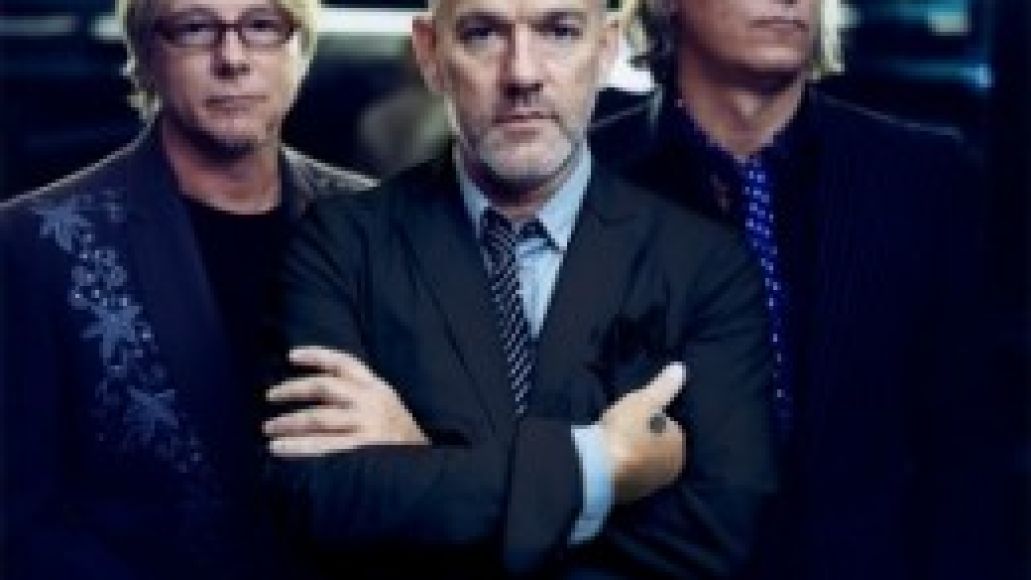 For over 30 years, Mike Mills was the bass player for one of the biggest rock bands in the world. Now, with R.E.M.‘s recent breakup, Mills finds himself temporarily unemployed, but not before a final greatest hits package is to be released. For the first time, songs from both R.E.M.’s IRS and Warner Brothers catalogs are together in one collection. Consequence of Sound‘s Research Editor and host of Audiography Len Comaratta recently had a conversation with Mills about the new best of, R.E.M.’s early career, and the possibility of a Mike Mills solo effort.

Let’s start with the new package… the new greatest hits album, Part Lies, Part Heart, Part Truth, Part Garbage. The title tells it all, your summation of 30 years of rock and roll?

Well, it’s funny; that was a phrase Peter used to describe us back, I think, in the late 80s. I’m not sure of the exact date of origin, but you know, it is. The thing you take away from that is love rock and roll as we do, but don’t take it too seriously. It is the most important and least important thing in the world in many ways.

With the new song “We All Go Back to Where We Belong”, is there an intention behind the title? Was that song actually written with knowledge of the band’s demise or breakup?

Yeah, both that and “Hallelujah” lyrically were written knowing that; and actually, “We All Go Back to Where We Belong” was originally written on piano for Collapse Into Now, but we couldn’t figure out a way to make it work, but I really wanted Michael to finish it for this retrospective, so I went at it from guitar instead of piano. I kind of rewrote it on guitar and changed it around from the piano song it was, and it turned out to be much more accessible for Michael, so we’ve got this beautiful song now.

And the third track is “Month of Saturdays”…

Yeah, that was something I was messing around with back in the recording of Collapse Into Now. I was thinking of Pylon and my friend Randy Bewley, who was killed not long ago, and I was thinking, “Well, you know this is kind of a Pylon kind of guitar sound, guitar line here,” and I didn’t expect anything to come of it, but Michael liked it enough to put the lyrics on it. I like it because it reflects the goofy side of R.E.M., which was often overlooked by people in the years. We were always having fun, and a lot of that got overlooked because people thought we were this really serious band, but believe me, we were laughing as much as anybody else.

Any chance of “Hallelujah” and “A Month of Saturdays” being released?

As singles, I have no idea. That is entirely up to the record company. If they want to, it’ll be fine with me.

So, all three of these songs weren’t necessarily cutting room scraps from the last album sessions. They were things you couldn’t really complete but wanted to.

Oh, exactly. No, they were things we really liked. Some songs just tend to come out and take about as long to write as it does to play ‘em; others require a lot of wrangling. “We All Go Back to Where We Belong” took a lot of work, but because I believed in it and I knew there was a good song in there, I just kept wrestling with it until it got to a point where Michael could relate to it and be inspired by it.

From the very beginning, Peter said, you know, when we first started having to have song credits, he said we were gonna split them equally. I said, “Why would we do that? I don’t care about the money, but I want the credit if I write the song.” And he said, “Yeah, I understand that.” But being the historian that he was already, he said nothing breaks a band up faster than the songwriters getting all the money. So, he said we’re gonna share. And then in fact it turned out to be a truth because we did all write the songs. Everybody contributed to every song, whether we actually physically wrote it or not. Everybody had enough of a hand in the sound of it to make the splitting of the credits make perfect sense. And it does keep a band together, because if one or two guys write all the songs and they make all the money, the other guys are gonna be resentful, and that is not healthy.

The Beatles are a prime example of that, certainly; but I love the fact that we made the decision with the idea of avoiding tension, and yet it turned out to be correct and accurate in fact as well as in thought.