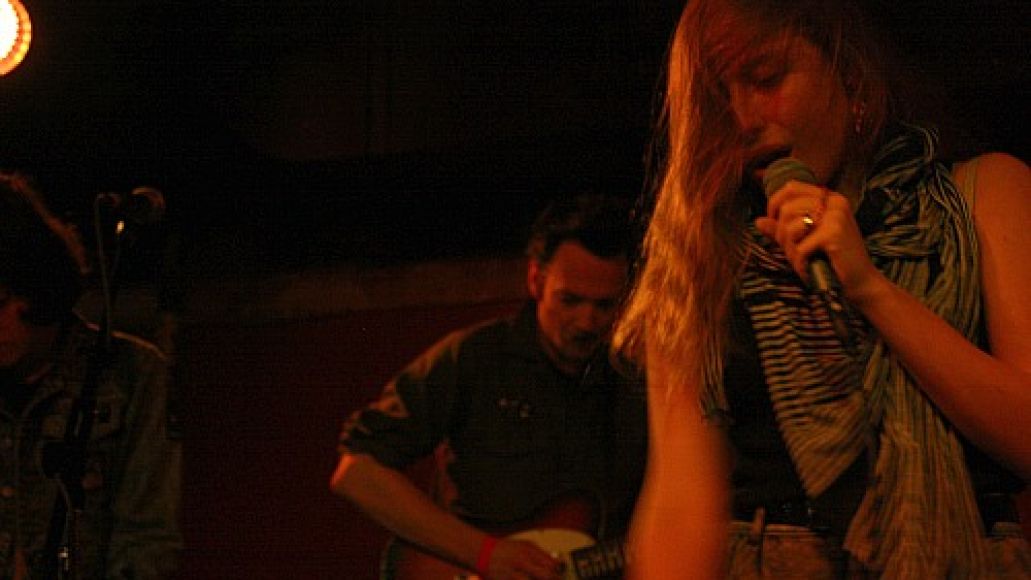 Tuesday nights are hard for up-and-coming acts in places that aren’t Brooklyn. Friends and Ganglians aren’t exactly the kind of bands that sell out school nights, even in places as small as Red Palace. But despite a low attendance that was teetering on pathetic, neither Friends nor Ganglians let that stop them from having a good time and playing their hearts out on the Palace’s small stage. The crowd didn’t let it get to them either, even if there were only 20 of us.

Friends began the evening with their Brooklyn via Pride Rock clusterfuck of a trip through post-tropicalia, funk-infused, 80s and 90s R&B, nostalgic pop goodness… or Indie Pop, if you prefer the easy route. I can safely say that Simba would dig it. Yet those seemingly disparate influences somehow ended up as tight as could be, with tribal exhalations and grunts fitting in just right alongside sludgy bass lines, quick-fire guitar licks, and tons and tons of percussion. Friends traded instruments on the fly, hammering out infectious indie pop with little fanfare, but lots of rhythm and cute femaleness. 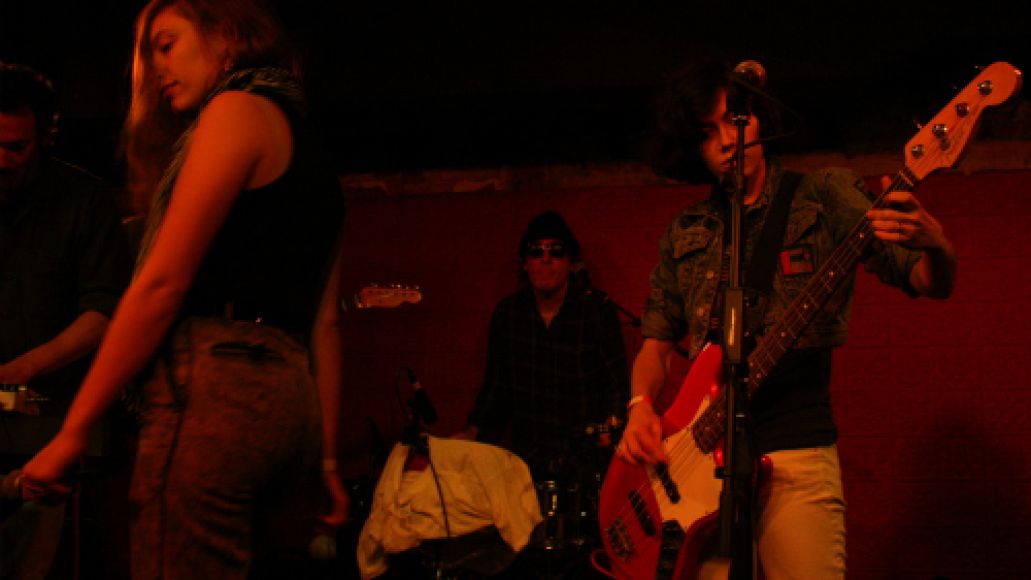 It’s plain to see that frontwoman Samantha Urbani has been studying her pop divas and indie starlets, from Beyonce to Lykke Li to Maya to Brandy. Her breathy vocal acrobatics met with monotone spoken-word excursions, which paved the way for segments of disaffected female swag-rap. This all atop interchangeably funky, noisy, dancy, dreamy, and even dimly lit grooves. When Urbani was bored with the confines of the small stage, she’d bounce off and dance with one of the few people in attendance while everybody else stood by and watched awkwardly.

A languid cover of Ghost Town DJ’s “My Boo” and a poised rendition of blogosphere semi-breakout “I’m His Girl” showcased the best of what this band is capable of bringing to the scene: self-assured, post-ironic grooves with two parts swagger and one part cute. 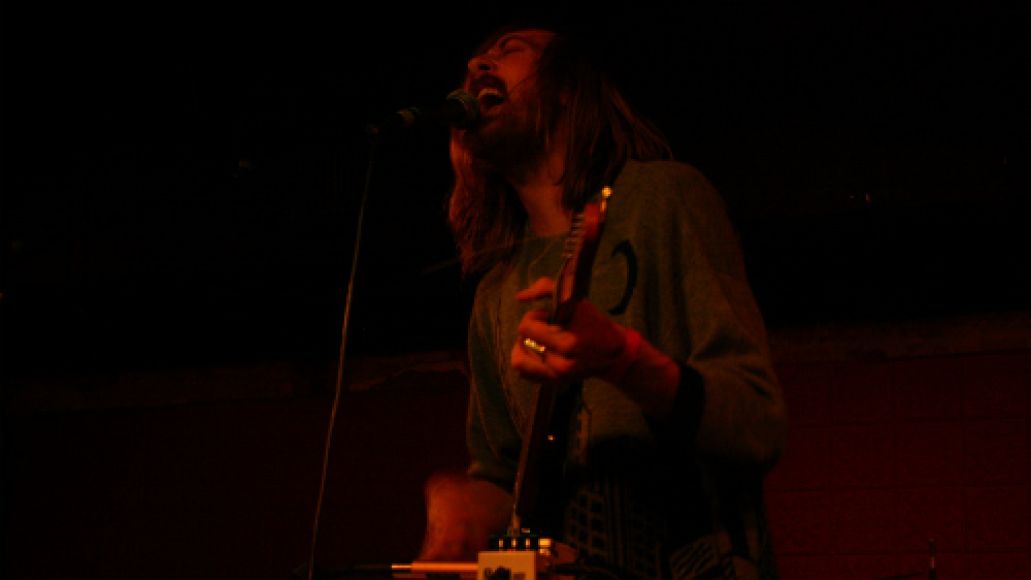 But Ganglians left a tad more to be desired, especially in the wake of Friends’ map-spanning indie hodgepodge. Best described as the auditory equivalent of a few of Brian Wilson’s worst nightmares around the time of the SMiLE recording sessions, layered on top of one another and doused in noise and reverb — or 28 takes of “Heroes and Villains” assembled into one auditory mass, put on a turntable, and then set ablaze — Ganglians are the neglected love children of Iggy Pop and Mike Love. Where on record the sound is lush and soothing, live it was an indecipherable mass of surf-rock guitar, harsh punk rhythms, reverb-soaked harmonies, and delay pedals. It worked for a while, but with songs bleeding into one another, I can’t say I needed to stay for the entire 40-minute set.