In our review of tUnE-yArDs’ w h o k i l l earlier this year, writer Caitlin Meyer speculated that Merrill Garbus’s resonant, emphatically atonal rhythmic and vocal loops would never appear on any Top 40 lists. But Saturday night’s show at First Avenue, which included every kind of sweepingly generalized demographic, reminded me of an article I read recently on NPR Music, which suggested that “indie” music has become “adult contemporary”; and it seems that Merrill Garbus might, for many Minnesotans, be the new Sara Bareilles or Kenny Chesney. With that in mind, I tried to ignore the guy next to me screaming, “Fuck me with this song!” or trying to match his own whoops with Garbus’, and instead appreciate the awe and affection Garbus inspired in a wide variety of people.

Opener Pat Jordache, who played in the short-lived Sister Suvi with Merrill Garbus, sounds like Alan Rickman fronting Wild Beasts in the ‘80s. Similar to tUnE-yArDs, his Afrobeat, Tropicália-inspired arrangements boom more powerfully recorded than live, aided by two drummers and Jordache’s surprisingly deep voice. The Jordaches—I couldn’t tell if the band members were truly related or The Ramones—played mostly songs off their 2011 release Future Songs, including “Radio Generation” and “Get It (I Know You’re Going To)”.

Next up was Howler, the little Minneapolis band that could. NME chose the four-piece as one of its top five bands of 2011, and then they were signed by Rough Trade. Unless you’re in Gayngs or honorary local Bon Iver, it doesn’t get much better than that for local bands. Howler ripped through your standard ‘60s-inspired pop-rock like “Beach Sluts” (which refers to lead vocalist Jordan Gatesmith’s sixth grade girlfriend “who’s now dead”… The Drums rip-off, anyone?), which was fun but a letdown after Pat Jordache. 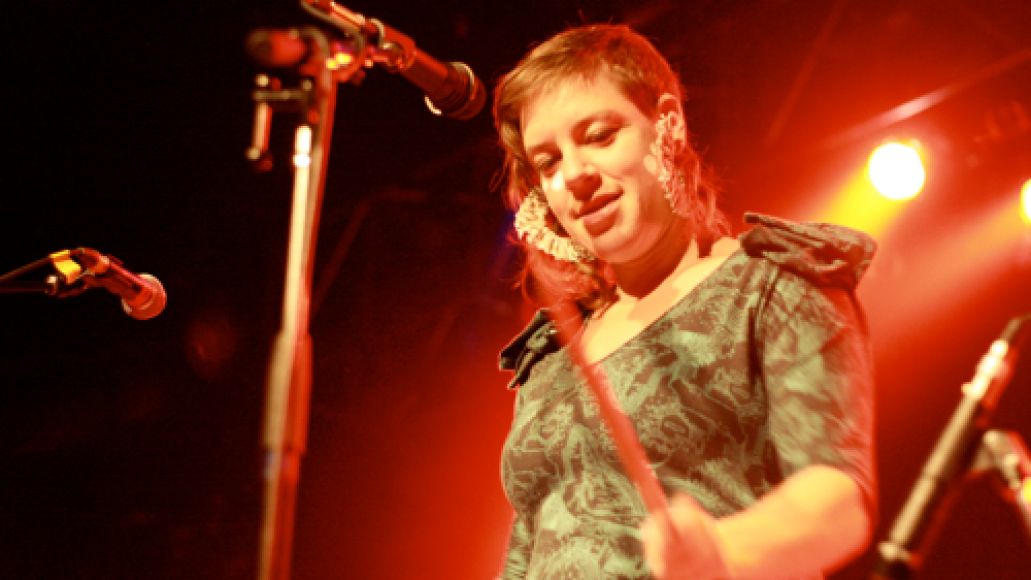 There’s only so much I can say about tUnE-yArDs before the inevitable admission of defeat: You just had to be there. Maybe it was the crush of people; the two saxophonists/trashcan lid percussionists/hype men; or maybe it was just Garbus’s husky wail and drum-smashing ardor that was so wild you forgot her careful looping controlled each song. Whatever the reason, she had the audience in the palm of her hand. Fifteen hundred voices screamed in unison, “What’s that about? What’s that about?” on “You Yes You”, and she got the audience to jump around like it was House of Pain on set closer “My Country”.

tUnE-yArDs filled its set with crowd-pleasers like heart-swelling “Bizness”, sexy “Powa”, and the instantly recognizable “Gangsta”. As she has done during past shows, Garbus also delved into BiRd-BrAiNs to play tracks like “Fiya” for the last song of the encore. Adult contemporary be damned. Even if tUnE-yArDs is played on the airwaves alongside Jason DeRulo or Taylor Swift, I’ll never miss another show.