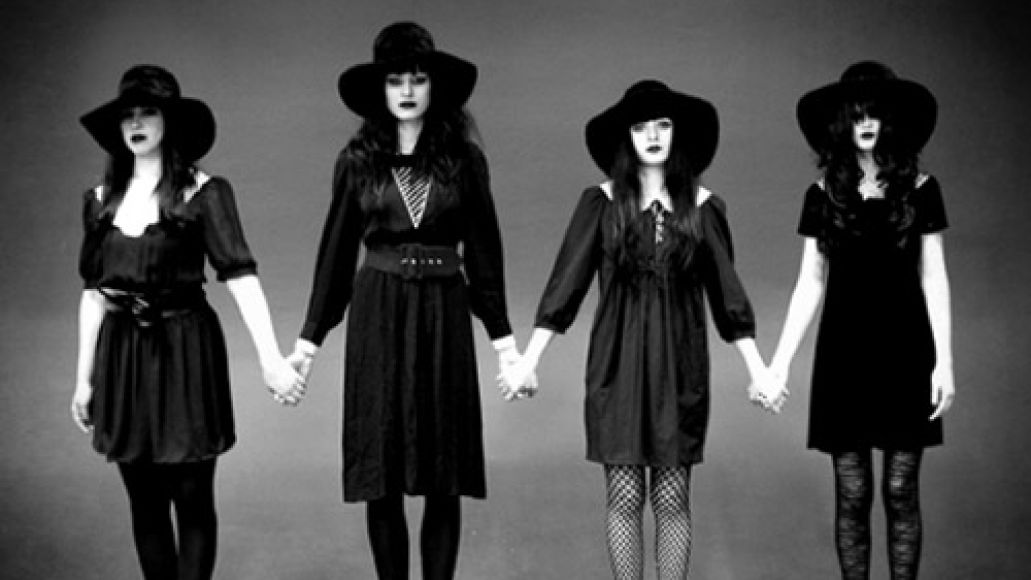 Jack White’s Third Man Records has cultivated and released music from a wide variety of artists (including an auctioneer), but no act in White’s stable may be more interesting than The Black Belles. The band — comprised of basisst Ruby Rogers, drummer Shelby Lynne, synth player Lil’Boo, and guitarist/vocalist/organ player Olivia Jean — create a dark blend of ’60s garage rock and soul with a modern twist. And that’s without mentioning their Hocus Pocus clothing sytle.

The Black Belles first came to our attention when Third Man put out their debut, White-produced single in January 2010. A record contract soon followed, as did more singles and a White-directed music video. If you recall, they also served as the musical accompaniment for Stephen Colbert’s recent musical venture.

On November 8th, Third Man will release the band’s self-titled full-length. Leading up to that release, CoS is streaming the entire 11-track effort in full for the next seven days. Featuring production from White and all songs written by the group. We’re diggin’ the tracks “The Wrong Door” and the single, “Honky Tonk Horror”. Check it out below and pre-order your copy of the album here.