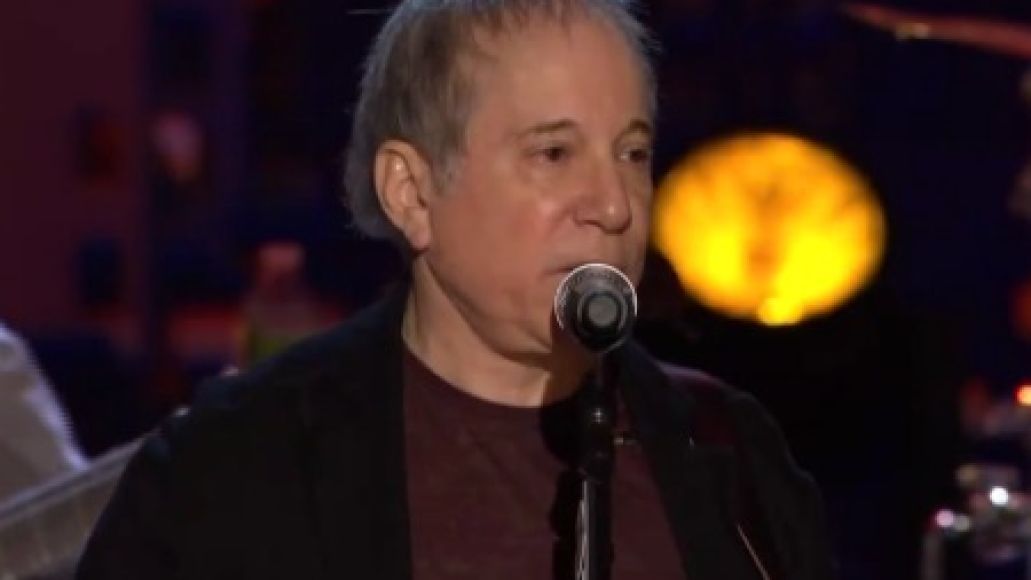 Only yesterday we were discussing how Conan O’Brien deserved some hot musical guests. Well, this week he’s been on fire – but with good reason. If you haven’t heard, Coco has returned to the Big Apple – taking up residency at the Beacon Theatre – and it looks like “he may be ready to push the envelope on late night television.” After Reggie Watts’ over-the-top rendition of Thin Lizzy’s “The Boys Are Back in Town” on Monday, it was apparent there were some goodies in store for the homecoming extravaganza. And who better than Mr. Paul Simon, aka New York’s sacred prince, to join in? Still in support of his latest LP, So Beautiful Or So What, Simon took the Beacon’s stage to perform “Love Is Eternal Sacred Light”. The performance itself is a tad “meh”, but things perk up when Mr. O’Brien joins along for fun – literally. The man dwarfs Simon. Quite a sight. Check it out below, courtesy of The Audio Perv.

Pharrell and Travis Scott Are "Down in Atlanta" on New Single: Stream