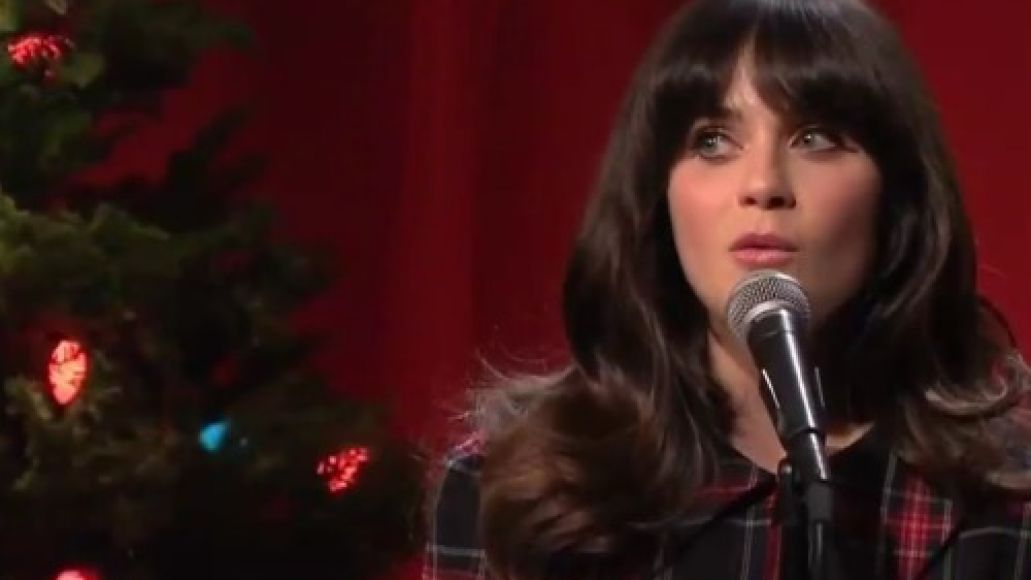 Feeling festive yet? Or, did you miss out on the human pig pen that is Black Friday? How could you? What are you going to do without a $2 waffle-maker? How un-American of you. Well, if you’re still feeling equal parts Scrooge McDuck and Frank Cross, then here’s a one-way ticket on the holiday choo choo: last night’s Christmas-tinged performance by She & Him on The Tonight Show with Jay Leno. While it’s up for debate on whether or not you’d want M. Ward slumming near your egg nog, it’s hard to believe you’d throw a hissy fit if Zooey Deschanel shared the couch with you by the ol’ Yule Log. None of that will ever happen, of course. But, peep the closest thing below, courtesy of The Audio Perv. Can it just be Groundhog Day, already? Humbug.

She & Him’s holiday-themed foray, A Very She & Him Christmas, is out now.

Video: She & Him dances "The Christmas Waltz" on The Tonight Show