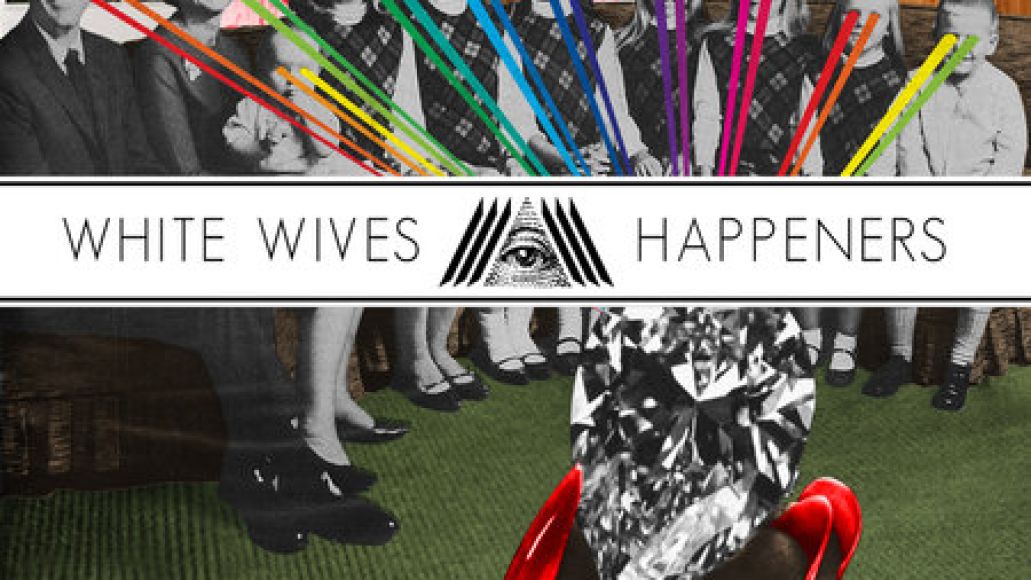 Small mouths, bloated bellies, thin necks. No, this is not a description of our high school prom dates but of the fabled hungry ghost, a supernatural being often filled with more desire than one could possibly consume. Completely driven by unfulfilled cravings, they want nothing more than satisfaction that’s never quite enough. Sound familiar? Pittsburgh-based White Wives dive head first into this age-old yet always relevant theme in their video for “Hungry Ghost”, a garage-punk/alt-rock anthem that serves as the third track off their debut LP, Happeners.

The video, directed by Peter Iannacchione, switches between a high-energy performance and behind-the-scenes footage of the band on tour, highlighting the raw intensity of the group and their bond as a collection of old friends (White Wives features Chris # 2 and Chris Head from Anti-Flag, alongside members of American Armada and Dandelion Snow). The video, much like the song and album, features various allusions to past political or philosophical texts, such as Ayn Rand and The Voice of Reason.

Peep the video below (or head over to Cluster 1). Then, be sure to check out the dates for White Wives’ first-ever U.S. tour just beneath the video. Happeners is out now via Adeline Records.