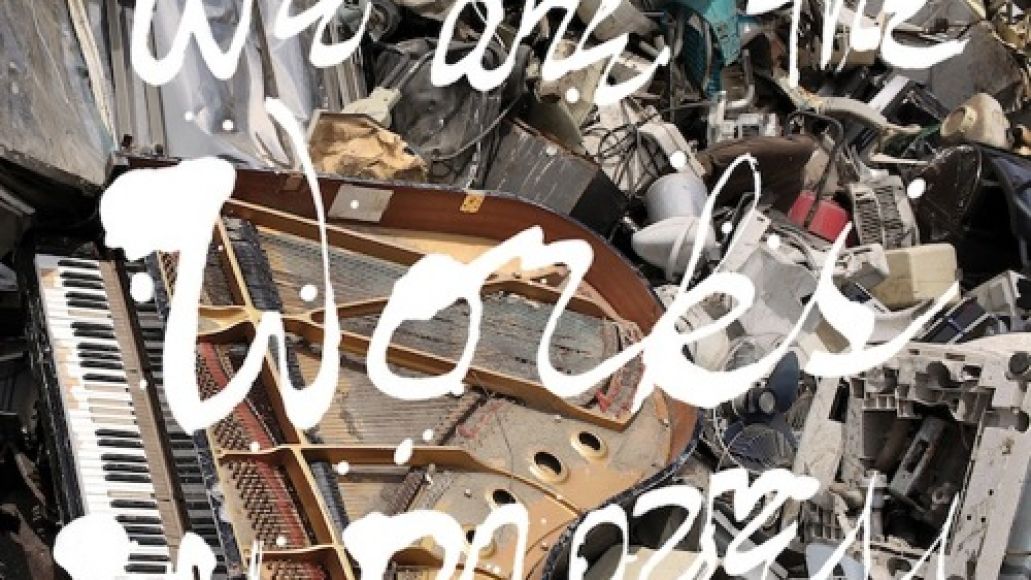 Sure, Occupy Wall Street is the hot social topic right now, so it makes sense politically-conscious musicians are putting out benefit albums to support the movement. But it wasn’t all that long ago that a massive tsunami battered Japan, and they’re still recovering. Blonde Redhead hasn’t forgotten the disaster; in fact, the New York City alt-rock outfit has put together a new benefit compilation to aid in the recovery efforts.

Many of the songs are, in fact, works in progress – hence the compilation’s title. Says Makino, “unfinished things often carry more energy. . . the possibility of it eventually becoming something great is infinite without having to be quite yet.” Complete or not, the proceeds from sales will benefit Japan Society and Architecture for Humanity, with other organizations to be added in the future.

We are the Works in Progress is out January 10th as the first release on Blonde Redhead’s new label, Asa Wa Kuru (Japanese for “morning will come”). See the full tracklist below.

Peacemaker Is a Grower, Not a Shower in Official Trailer for HBO Max Series: Watch