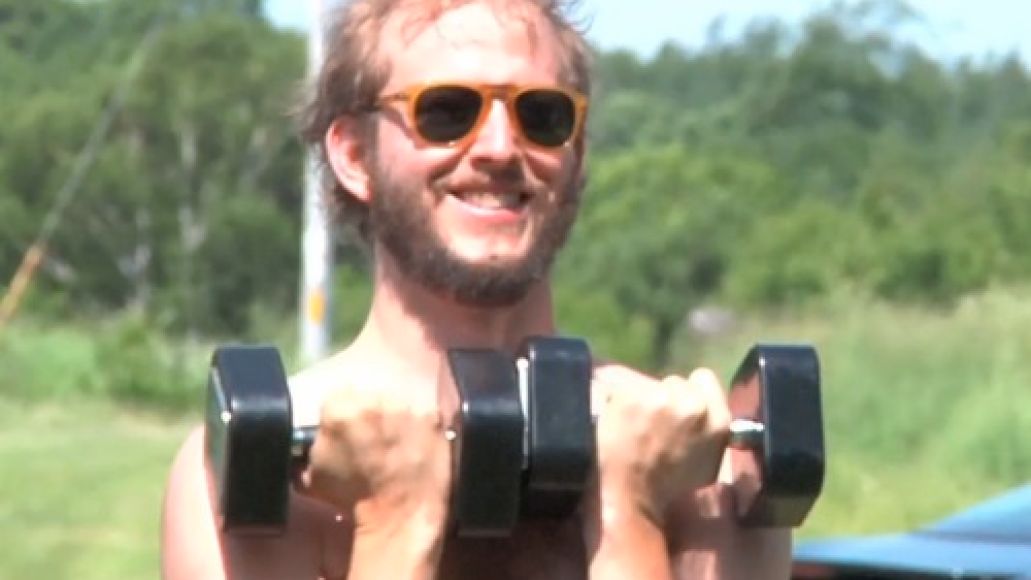 The best thing to hit the web this week was undoubtedly a three-minute video focused on Justin Vernon’s workout regime. Well, not only is the clip real, but it’s part of a full-length workout DVD!

Entitled On The Road, the DVD was directed by Dan Huiting, the same Dan Huiting behind Bon Iver’s videos for “Calgary” and “Holocene” (deluxe version). Speaking with MTV Hive, Huiting confirmed the clip’s authenticity, explaining that the full-length DVD spans “45, 50 minutes” and features music from Bon Iver, S. Carey, Megafaun, We are the Willows, and others. “It’s like a workout mixtape. You can workout to cool music instead of something stupid.”

Huiting added that the DVD was filmed in the yard of Vernon’s childhood home and comprises a weight circuit, a body circuit and an ab circuit, each of which span about 15 minutes. “There’s a dictionary where one person demonstrates a particular move that they’re doing. It’s legit. You can turn off the commentary if you just want to listen to the music.”

The DVD will not, however, feature any scenes of Vernon and his band mates working out backstage before concerts. As Huiting explains the clips in the trailer are taken from a documentary he is currently filming. ” I pulled the footage from that because we needed to make a little promo thing.”

Huiting does not have a release for the DVD, but estimated that it could arrive in the next month or two. Stay tuned for more. In the meantime, you can take another look at the trailer below.