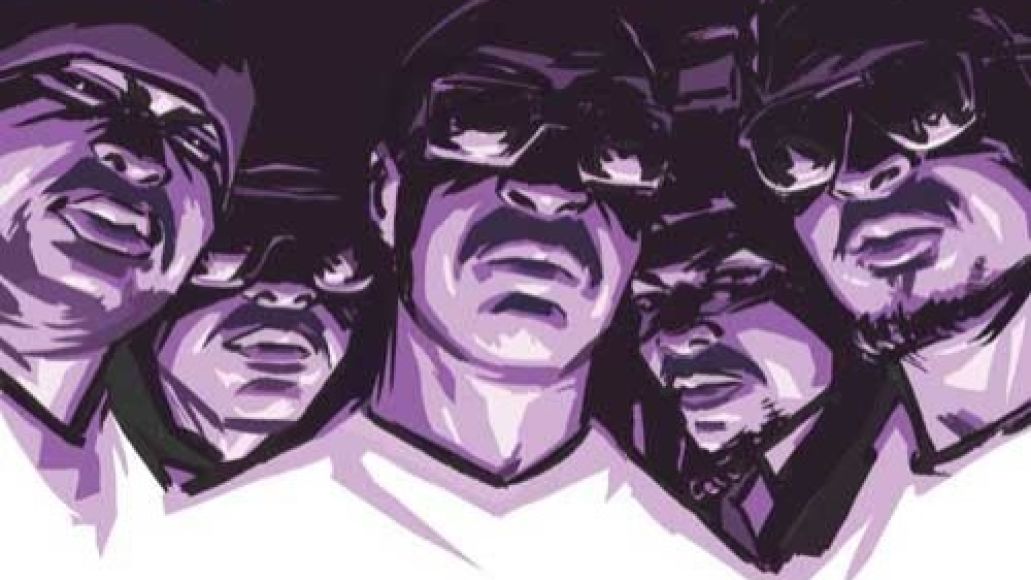 Freestyle Fellowship changed the West coast rap scene in the early 90s with their intense rhyming styles and jazz influenced flow. They returned in the early aughts, and in October of this year released The Promise, what member Aceyalone calls their “re-debut.” To help in the reintroduction, the group hooked up with fellow Project Blowed crew member and L.A. emcee Busdriver for a remix of album track “Government Lies”.

If you take a listen to the original track on Freestyle Fellowship’s Myspace page, you’ll notice the absence of a beat in the first part of the song. Thus, Busdriver had a pretty spare canvas to add some spacey synths, sounding at times like he’s messing with something from I Fight Dragons’ bit-rock tool kit. The result, a fleshed out track for FF’s “can’t ma-ni-pulate my mind” government assault, can be heard exclusively below.