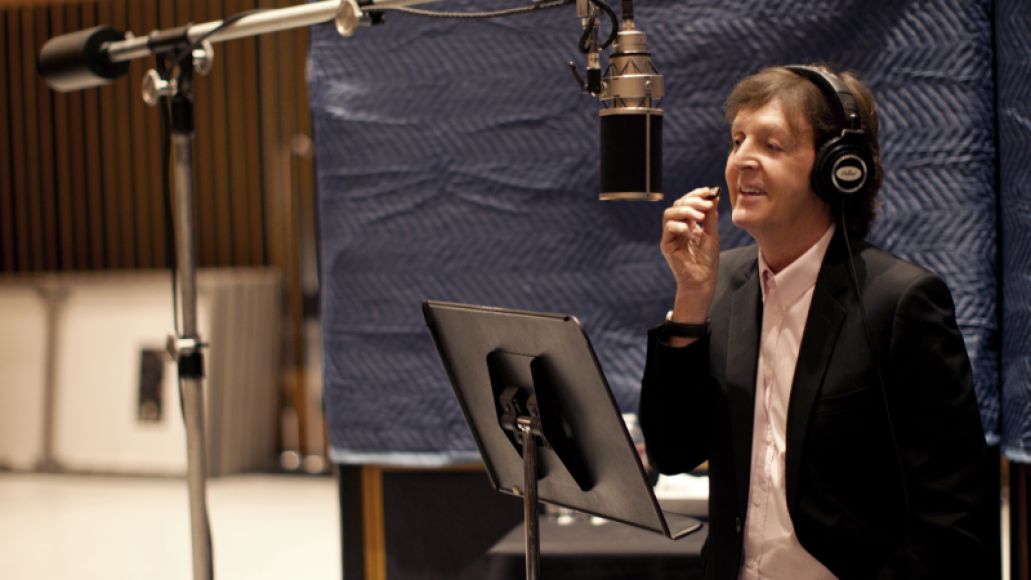 On February 7th, Paul McCartney will release a new studio album comprised of his favorite childhood pop standards, as well as two original compositions. The idea, according to a press release, is to “offer a glimpse into ‘the songs which inspired the songs.'” Our first taste is an original composition entitled “My Valentine”, which features Eric Clapton. Stream the track below.

Initial reports suggested that the album would also be titled My Valentine; however, the aforementioned press notes that the album is currently untitled. Recorded at the Capitol Studios in Los Angeles, New York, and London throughout 2011, the album was produced by Tommy LiPuma and features Diana Krall and her band. Along with Clapton, Stevie Wonder makes a guest appearance, contributing to a track titled “Only Our Hearts”.