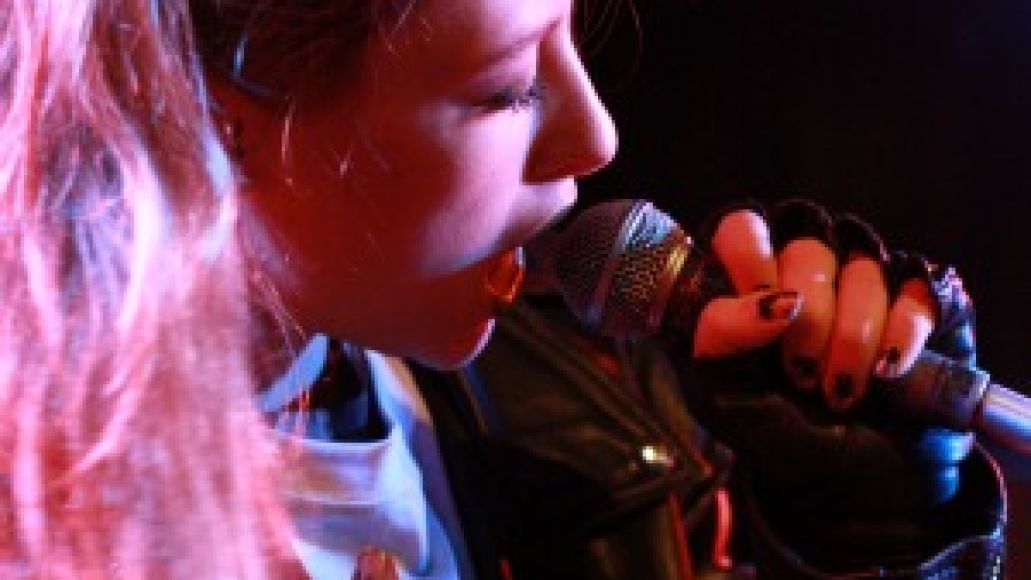 At the 7th Street Entry on Saturday night, I felt like I was back at one of my middle school dances. I witnessed girls kicked out for underage drinking, couples forming and breaking up on the dance floor, and late-night rendezvous with the bands arranged via iPhone. Even though I admittedly enjoyed observing the youth of today and dancing a little myself, it was one of those shows where I felt tired, old, and like I didn’t quite “get” what kids were listening to these days. Sacramento psych-rockers Ganglians headlined, but it seemed like the vast majority of the sparse audience came for the opener, the up-and-coming, proud Brooklynites Friends.

The lead vocalist of Friends seems to have gotten over the stage fright she mentioned in an interview with Stereogum earlier this year. Sporting an oversized Ganglians shirt, blue lipstick, and a high side ponytail, she climbed down into the audience during exotic, bass-heavy “Friend Crush” and danced with as many guys and girls as she could. It’s no wonder she’s so appealing: With universal lyrics like, “I’ve seen you around/I don’t know what you think of me/I want to be your friend/I want to ask your advice on the weekday/I want to plan something nice on the weekend,” the confident Urbani makes the endearingly shameful idea of a friend crush somehow cool. Other set highlights included lightly sinister closer “I’m His Girl” and Ghost Town DJs cover “My Boo”. In fact, these singles were the only ones Friends performed that sounded just as good live as in their glamorous music videos. 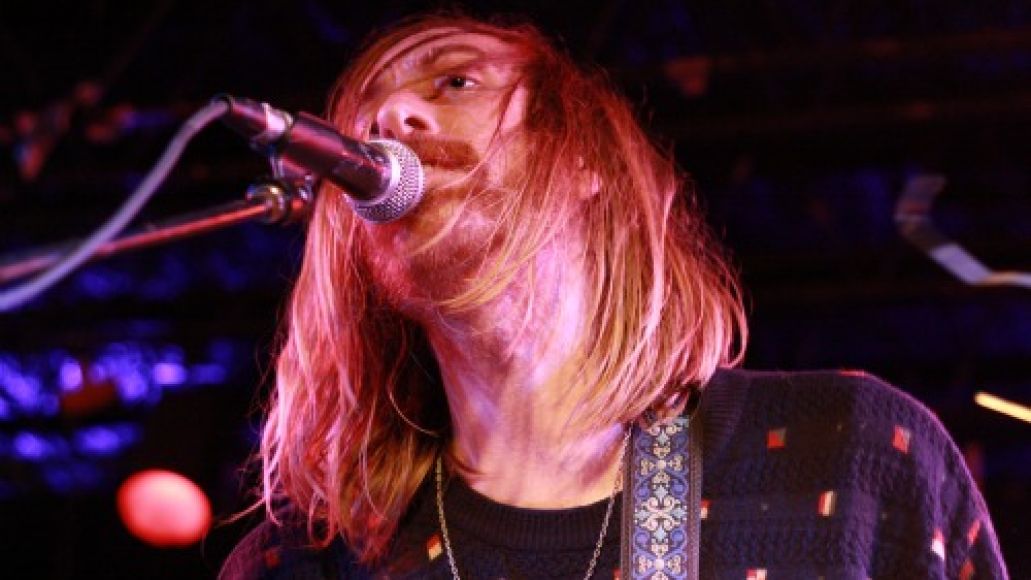 After Friends left the stage, the dance floor cleared out. During Ganglians’ setup, guitarist Kyle Hoover asked the sound engineer for “lots of reverb. Long, wet reverb,” which keyboardist and lead vocalist Ryan Grubb elongated into the microphone until it reverberated to his satisfaction. As UK publication The Guardian pointed out, “Reverb, reverb, reverb are the three R’s for Ganglians.” Even though the band threw itself into the performance until each member broke a sweat—Grubb almost tipped over his keyboard in his ardor—Ganglians was, ultimately, not a band to write home about. Headbangers like “Blood on the Sand” and “Hair” just sounded the same live, the finer nuances lost like Grubb’s words to the skuzzy, echoing guitars. The crooning country sway of “Cryin’ Smoke”, however, was a calm oasis in a sonic desert and my favorite track of the night. And that wasn’t just because of the new couple dancing cheek-to-cheek in front of me.