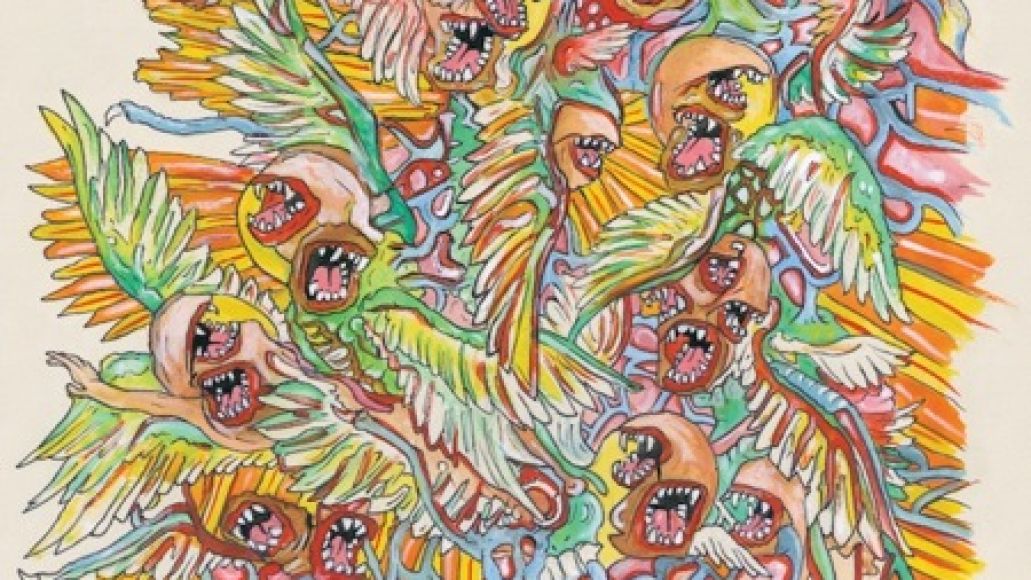 As previously reported, Athens, GA-bred pop weirdos of Montreal will soon return with their 11th LP, Paralytic Stalks. Today, the band confirmed additional album details, including the release date (February 7th via Polyvinyl), artwork (see above), and tracklist (see below).

Spanning nine tracks, Paralytic Stalks was recorded at frontman Kevin Barnes’ home studio in Athens and mixed at Chase Park Transduction by engineer Drew Vandenberg (Deerhunter, Toro y Moi). According to Polyvinyl, the end result “contains confessions of an infinitely more personal nature” backed by a rather diverse sound. “Paralytic Stalks at times resembles modern classical with its intricate compositions, while at others echoes of neo-prog, pseudo-country, and 60s pop can be heard.” We’ve already heard some of this with the album track “Winter Debts”, which you can re-stream below.

Paralytic Stalks will be available on the normal CD, vinyl, and digital formats, as well as a limited-edition casette tape. Visit Polyvinyl to pre-order your reference of choice.