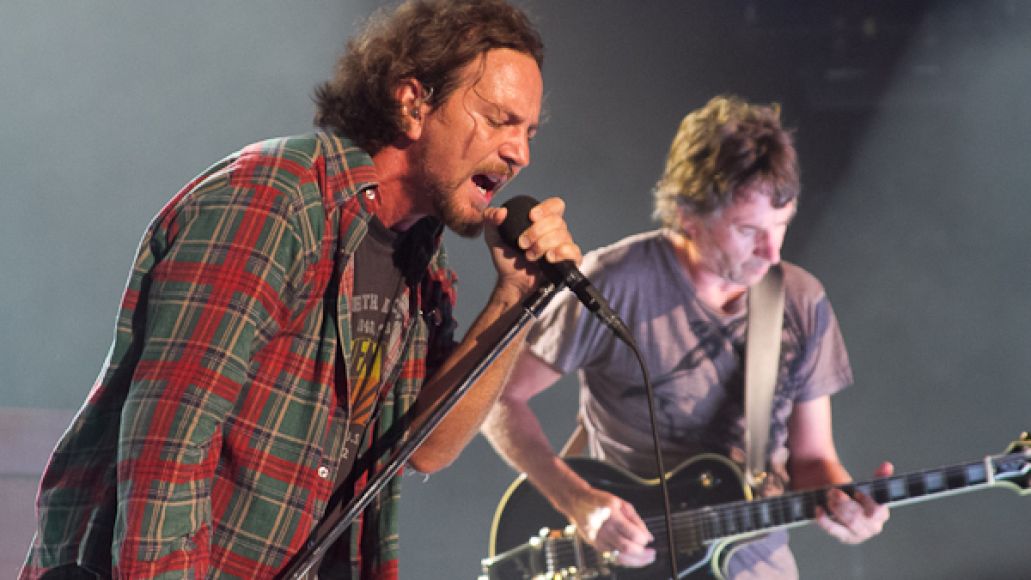 In celebration of their 21st anniversary, Pearl Jam will touch down in the UK and Europe next summer for a string of arena shows and festival performances. The trek kicks off in Manchester, England on June 20th and wraps up in Copenhagen, Denmark on July 10th, with stops in the Netherlands, France, Germany, and Sweden in Sweden along the way. Of particular note are a trio of festival slots: the UK-based Isle of Wight Festival, where they’ll perform alongside Bruce Springsteen and Tom Petty, Belgium’s Rock Werchter, and France’s Main Square Festival. Check out the complete tour schedule below. Recently reunited punk-rock outfit X will serve the support act for all Pearl Jam’s own headlining shows.

Tickets for both Isle of Wight and Rock Werchter are now on sale, which the band’s remaining shows will go on sale between December 13th and 16th. Visit the band’s website for complete ticketing info.