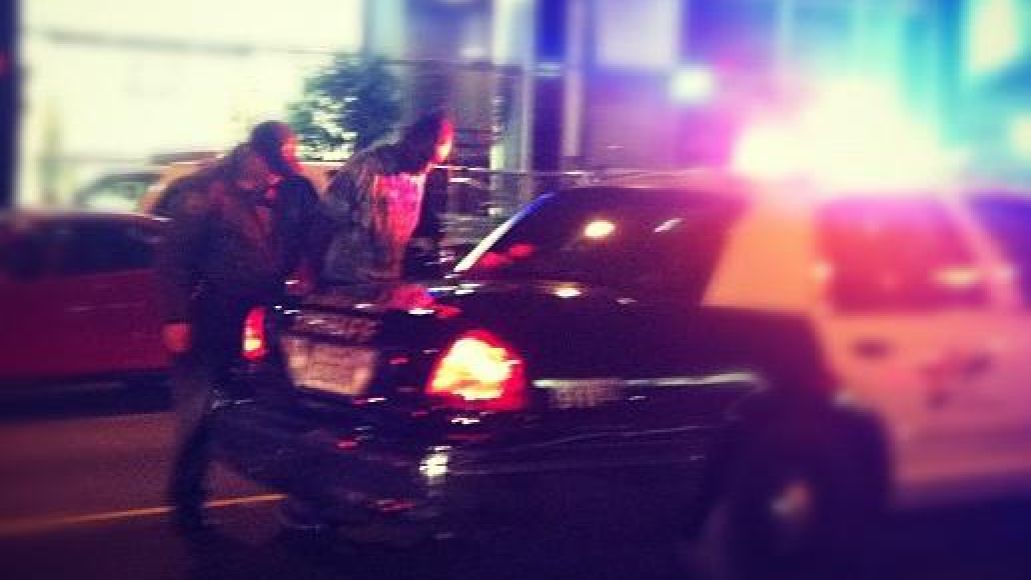 Rapper and Odd Future honcho Tyler, the Creator was arrested in Hollywood, California Thursday night on suspicion of vandalism, according to TMZ. Police were reportedly called to the music venue the Roxy after Tyler damaged sound equipment. Odd Future delivered their holiday show at the venue earlier in the evening.

As The Awl points out, video has surfaced of what appears to be Tyler smashing and throwing various pieces of equipment inside the Roxy. Watch it below.

Update — 11:08 AM: According to TMZ, the Roxy staff told police that Tyler “destroyed an electric soundboard belonging to the venue.” There are also reports of the rapper allegedly punching a sound engineer. TMZ also reports that a crowd swarmed the streets, towards police, forcing them to call for backup.

Update: — 5:00 PM:  In an interview with West Coast Sound, Roxy owner Nic Adler said Tyler lost his temper after the sound was cut during Odd Future’s final song. Adler said the decision to cut the sound was a safety issue as girls were getting “smooshed” near the stage. He added that he isn’t upset with Tyler, “They didn’t realize why I cut the sound, didn’t realize the safety issues,” and that he did not order the arrest.

Tyler, the Creator arrested for vandalism