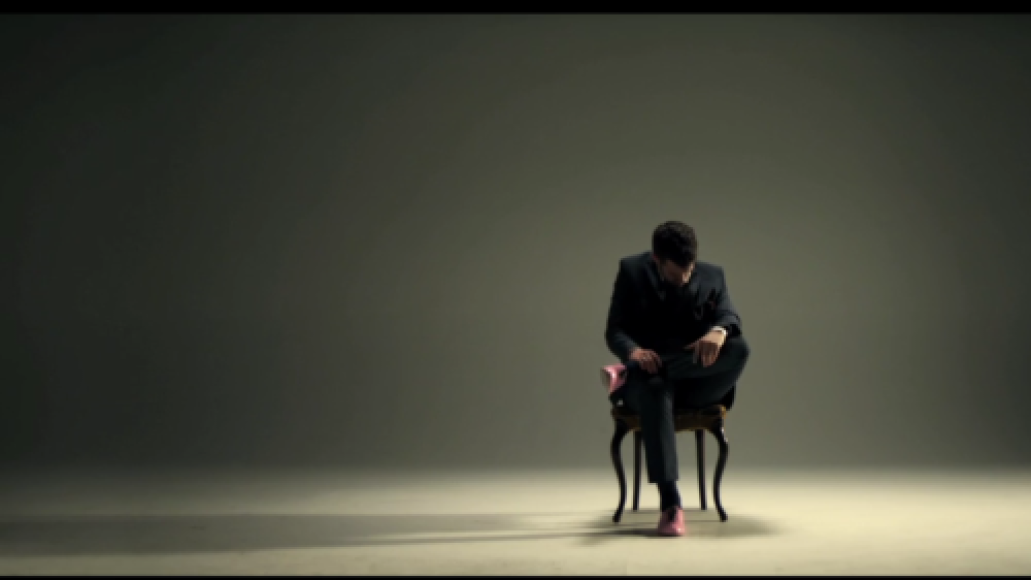 Alex Feder, the one-time frontman of Brooklyn indie-rockers The XYZ Affair, moved to Los Angeles in winter 2010 to embark on a solo career. But instead of returning to his rock roots, Feder reinvented himself as pop crooner Leonard Friend.

Friend’s debut EP, Lynyrd Frynd, will hit stores early next year and the first single, “Serious Music”, defines Feder/Friend’s shift in sonics. The track’s polished pop at its most danceable and vaguely electro-tinged, reminiscent of perhaps a more mainstream Murray Head. Despite all the flash, though, there’s still an undercurrent of more basic rock and roll abandonment and sex appeal laced throughout.

Completing the musical transformation, even Friend’s dance moves in the track’s music video reflect his newfound adoption of R&B aesthetics, with a dapper, besuited Friend (complete with pink shoes) busting out a rather intuitive and passionate dance routine with a chair. After some restraint, the clip explodes at the end for a full-on display that makes Fame and Flashdance look mild. Friend’s dedication to recasting himself along the lines of Justin Timberlake has no limits; not even severe injury could stop him from shooting his dance opus.

“The reason I came up with the seated idea for the video is because I tore my ACL and had surgery to repair it and didn’t want to wait until I was fully recovered to make a video,” Friend said. “I remembered a Michael Jackson performance at the Soul Train awards in 1993, where he sprained his ankle during rehearsal and performed sitting down. When I got up to dance that day at the end of the video, that was literally the first time I had danced in five months. We saved it for the end of the shoot in case I re-injured myself (which, thankfully, I didn’t).” Check out the video below.

Lynyrd Frynd is out January 31st, 2012. Peep the tracklist below.