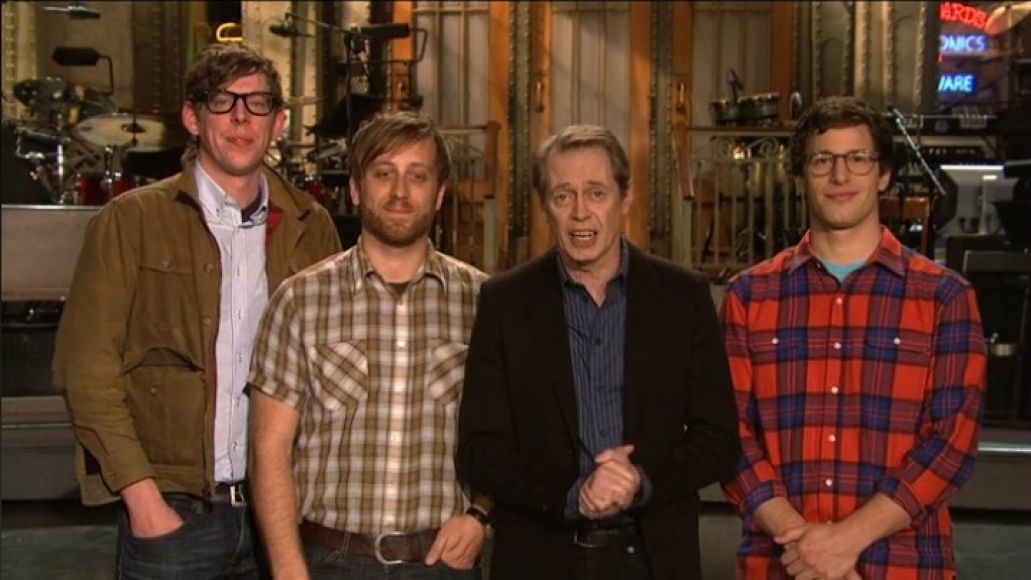 America’s newest arena act, The Black Keys, were back on Saturday Night Live last night for the second time in a calendar year. Anyone who still watches the show on a regular basis knows that’s a rarity, but when your turnaround time between albums is 19 months, and both albums are full of crunchy, commercially-acceptable riffs, you earn such rights. This is the case for The Black Keys, who of course follow up last year’s smash LP, Brothers, this Tuesday with the release of the equally ferocious El Camino. Also serving as our first opportunity to hear the new tunes live, Dan Auerbach and Patrick Carney first showcased the single “Lonely Boy” before dishing out “Gold On The Ceiling”. Both songs sounded rather great on my television set and Twitter’s too . Watch the replays below (via The Audio Perv).

“Gold On The Ceiling”:

El Camino is out Tuesday via Nonesuch. Pre-order your own copy on CD or vinyl. Also, see The Ke