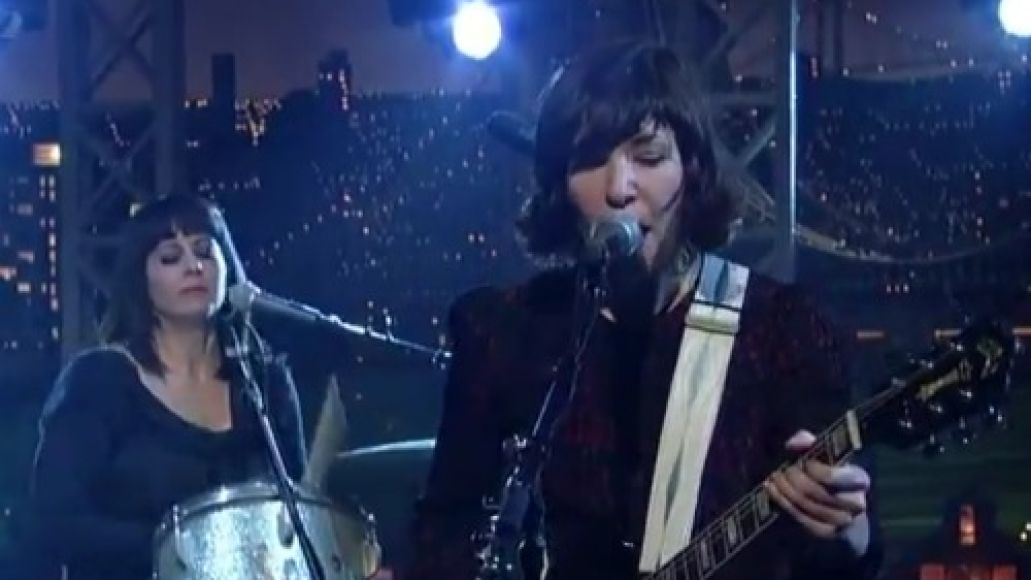 “Oh my gosh, they’re an acclaimed rock ‘n’ roll band,” Letterman exclaimed. Sure, two of ’em are former members of the now defunct Sleater-Kinney, but last night marked Wild Flag‘s network television debut. (Sort of funny given that Carrie Brownstein appears on IFC’s Portlandia as the main star, but whatevs.com) What a performance, too. The Portland by way of D.C. quartet slingshot through a tight cut of “Romance”. Browstein and guitarist Mary Timony bounced off one another, oozing of chemistry, while drummer Janet Weiss offered some dynamite harmonies in the background. ”That was pretty good,” Letterman yelped, giddy as a starved fan. “How about that? Excellent!” We won’t speak for the millions that tuned in, but hey, they’re Paul Shaffer’s favorite band now. Wild, indeed. Check it out below, then catch ’em on tour.