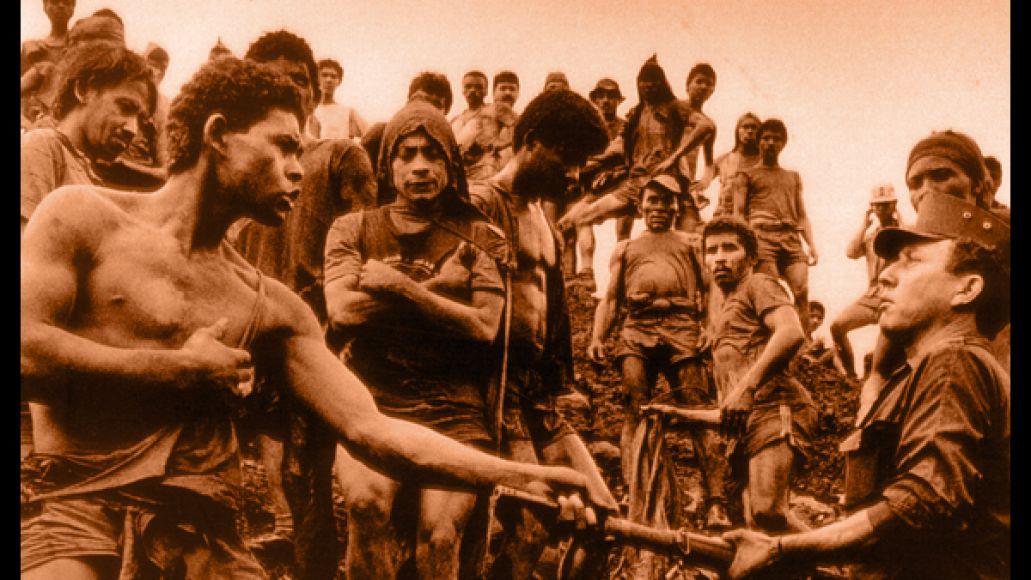 Yasiin Bey (the MC formerly known as Mos Def) is using 2012 for more than just a name change. Just in time for Martin Luther King Day, Bey has announced his Top 40 Underdog series, which will seem him reimagine various Top 40 tracks with all-new, socially conscious freestyles. The first track on the operating table is Kanye West and Jay-Z’s “Niggas In Paris”, which Bey has transformed into “Niggas In Poorest”.

One of 2011’s most boastful, bangin’ tracks is now a truly frightening look at modern American culture, from the vanity and depravity of youth to our perpetual sense of economic dread. Bey also demonstrates a new-found level of dementedness, aided in part by some menacing vocal effects, to spin a tale that is the mirror opposite of the original, with loads of dread, a sprinkle of poetic hyperbole, and a heapin’ helping of truth. Check out the track below.

Stay tuned for more tracks from the Top 40 Underdog series as they’re released.