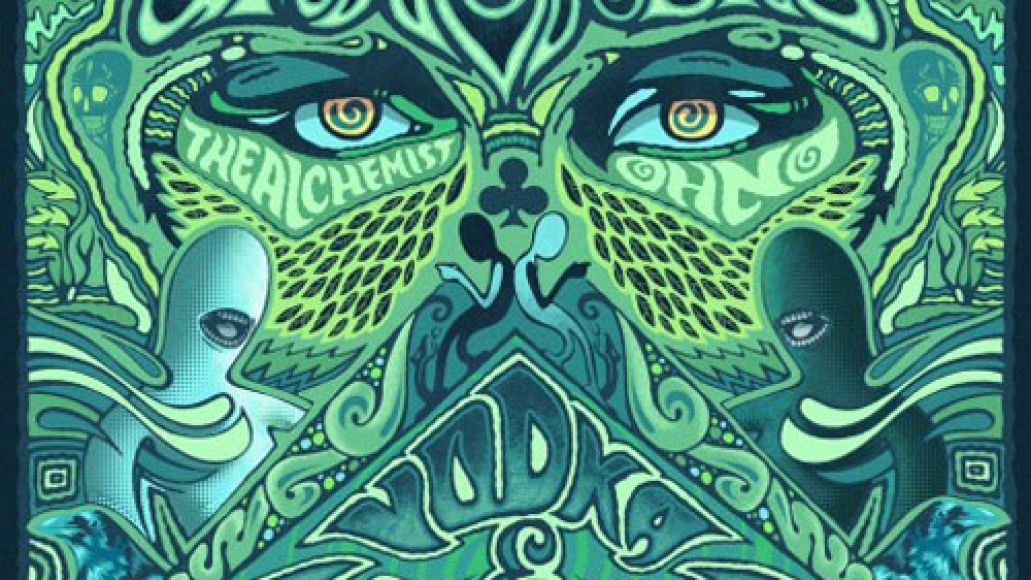 Rap duo Gangrene, comprised of producers/rappers Oh No and The Alchemist, first struck out on their own with 2010’s Gutter Water. That album was a gritty, funk-sampling collection of songs themed around pollution and infectious disease. It also took over three years to come together. Looks like the pair have found their groove, possibly with the aid of psychotropics, as their follow-up is already set for release.

This new joint is entitled Vodka & Ayahuaska, and don’t worry if you don’t know what that last word means; you’re not alone. Ayahuaska turns out to be a psychoactive brew derived from vines and shrubs found mostly in Central and Southern America. It’s fitting, as the album’s thrust is “drug-induced transcendence”, and the beats are crafted with a like-minded mentality. Psych-rock samples make up most of the tracks: electric pianos, tambourines, fuzzy guitar riffs, and sitars all come together for grimy, dense landscapes full of trippy cross-fade. You can sample the stylings with the title track below.

Vodka & Ayahuaskadrops January 24th on Decon. Helping Alchemist and Oh No out on the cut are some choice guests: Kool G Rap, Prodigy (of Mobb Deep), Evidence, Roc C, and Roc Marciano all make appearances. Find out where by checking out the full tracklist below. Following that, you can also watch the announcement video for the album, featuring the  hardest white kid you’ll ever see. Gangsta.