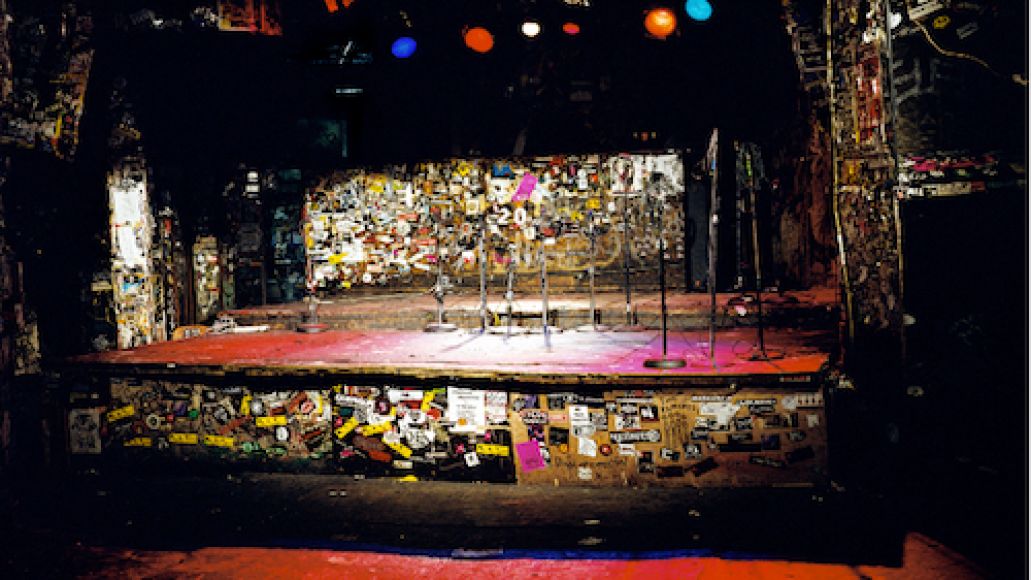 “I am here, in this place, on this day, this is what is left.” – Rhona Bitner

On Friday, NYC photographer Rhona Bitner opened her new STATIC NOISE exhibit at the University Art Museum at Cal State Long Beach. Featuring 28 photographs from her ongoing LISTEN series, the show is devoted to her work capturing iconic and mythic sites in American rock ‘n’ roll history in their present condition—from CBGB’s and the Electric Lady Studios in New York to the Masque and Whisky a Go-Go in Los Angeles.

Bitner wants to be very clear: these photographs are not about nostalgia. She explains: “A simple, straightforward photograph of a place, perhaps not immediately evident for its significance can introduce and echo of recognition or familiarity, reinforcing a relationship of a place, memory, and resonance, and, perhaps, a faint whisper of sound.” Though her photographs, she wants viewers to be able to imagine – or hear – what once was.

But Bitner only wanted to document the inside of these spaces. “Outside,” she says, “You can’t hear the music, and so you wouldn’t be able to hear the photographs.” In a preview of the exhibit yesterday, she outlined the parameters of the project: no demolished buildings (“If the venue is now a bank or a laundromat, there’s no point, it’s not the same anymore”), no figures in the portrait (“A slew of logistical and legal problems”), no staging or additional lighting (“No need”), and she has to be completely alone in the space. 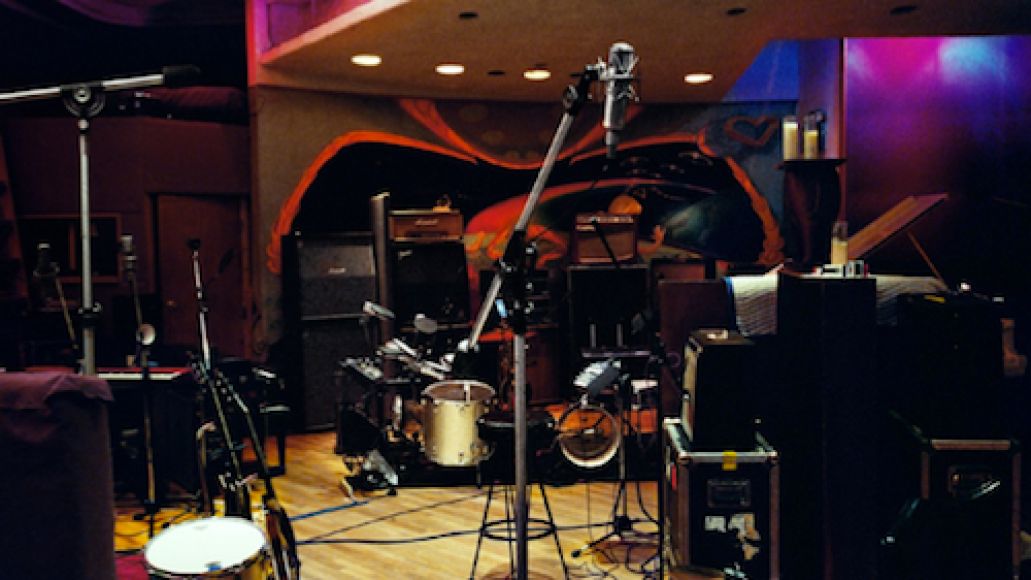 These seemingly simple rules often proved quite difficult. ”As an unknown photographer it is a lot to ask a venue owner to open the doors at an odd hour, or have staff turn on the lights or clear the stage. These are busy venues,” she explains.”I will always be thankful and amazed that non-stop venues such as the Apollo or Saturday Night Live or David Letterman or Nickelodeon in LA allowed me the time to work with their stages. Just because I think it is essential that they be included in the project doesn’t mean they’ll agree. It is certainly huge that they gave me access in the way that I needed.”

She began photographing these seminal venues in late 2006, capturing the interior of Bowery punk epicenter CBGB’s as its doors closed for good. That single image – mic stands lining the empty stage, layers and layers of fading flyers and brightly colored stickers covering its walls – inspired her to find and photograph every legendary music venue in the country still standing.

After visiting CBGB’s, her next stop was Jimi Hendrix’s storied Electric Lady Studios, which recorded everyone from Patti Smith to David Bowie to John Lennon. There, Bitner took her second picture, photographing the disserted studio filled with instruments waiting to be played against the cosmic mural Hendrix had commissioned so many years ago.

Armed with photos of CBGB’s and Electric Lady, she hit the road. She spent months researching spaces around the country, spending weeks at a time photographing four or five venues a day. “If those two extraordinary people [at CBGB’s and Electric Lady] hadn’t taken a chance on me in the beginning I don’t know that this project would have been possible,” she says. 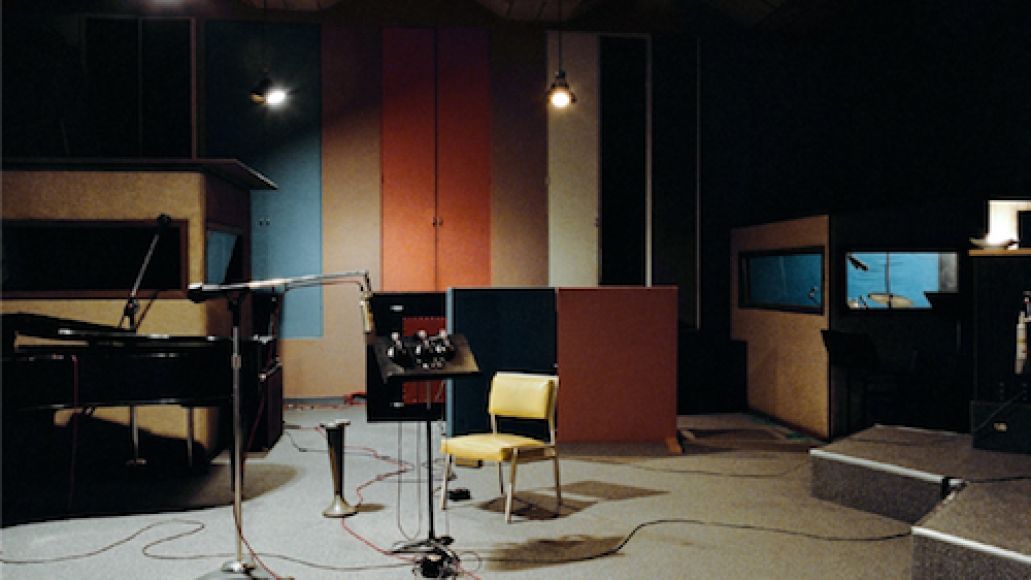 She has over two hundred photos in her collection right now. You can see 28 of them in STATIC NOISE at UAM, including photos of Detroit’s Grande Ballroom, regular hangout of the Stooges and MC5, San Antonio’s Randy’s Rodeo, site of the infamous Sex Pistols gig that ended in a riot, and a patch of grass and a piece of a white fence in the Catskills, estimated to be the site of the original Woodstock stage.

These are stunning photographs – all shot on film – but more importantly, they present an alternate visual history of rock history. Rather than focusing on the genre’s famous figures, Bitner highlights the importance of the memories couched in the physical spaces that housed countless rock and punk performers and fanatics in the late ’70s and early ’80s.

STATIC NOISE: The Photographs of Rhona Bitner opened on January 27th. The exhibit is on display at the University Art Museum, CSULB, through April 15, 2012, alongside Lou Reed’s Metal Machine Trio: The Creation of the Universe 3-D sound installation. For more information, please visit the gallery’s official site.