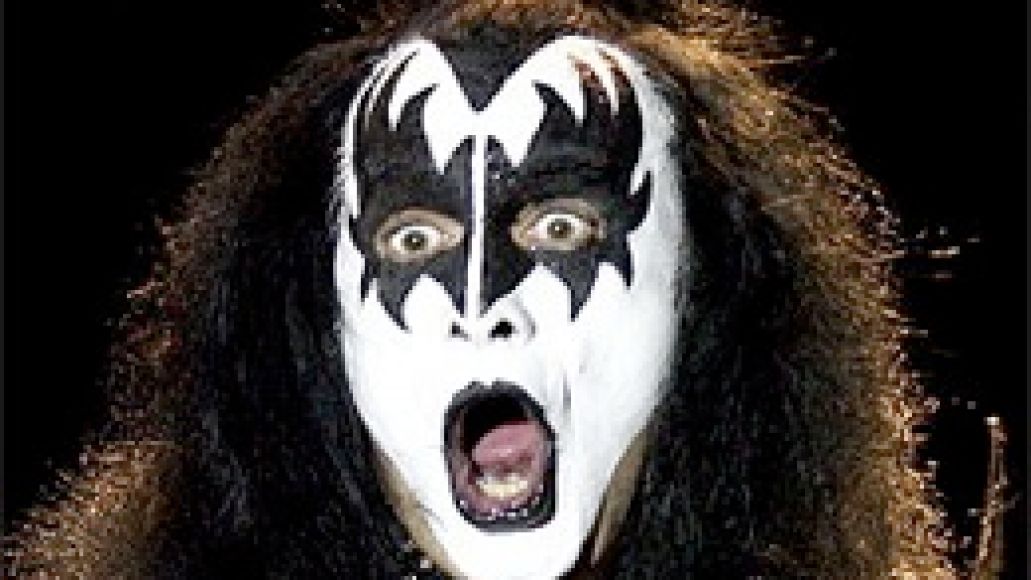 KISS has had many incarnations. Their faces have graced everything from T-shirts to coffins, even Hello Kitty dolls. One thing they’ve been no stranger to is comics. Besides having their own Marvel series in the ’70s, the band appeared in the ’90s reboot (and accompanying album book) Psycho Circus, published by Todd McFarlane Productions, and, most recently, the wholesome panels of Riverdale in Archie, written by Alex Segura and drawn by Dan Parent. Over the holidays, we caught up with KISS mainstay Gene Simmons for an in-depth conversation on the comic book industry, marriage, and why the band Chicago has a leg up on The Ramones.

I actually lived it and breathed it. You know, when I first came to America, I was eight and a half years old, and I remember one of the first books was The Brave And The Bold, and that was introducing the new Flash, the Silver Age Flash. You have to remember names like Gardner Fox and Carmine Infantino. I just devoured it. And, of course, the Atlas Group, the Kirby era monsters, and the Ditko off-world things. I bought the Harvey books…there are lines of comic books that I collected all the way from A to Z, from Charlton publications all the way to Dell and Gold Key. I mean, I had thousands and thousands.

And when I was… oh I don’t know, about 12 or 13 years old, I actually printed up one-page handouts, leaflets…”Buying comic books, a dollar a pound.”  And everybody had attics full of comic books. And I used to go there, because I knew what the Golden Age comics were worth. At the beginning of the model, comics weren’t worth anything. I was looking for the original Human Torch and Sub-Mariner things, and actually found some. So, a buck here, a buck there, and every once in a while, I’d get an Action Comics #38 or #40.  I made a small fortune.

So, you were a pretty business-minded gentleman from the very beginning?

Yes, I’m Jewish. Above and beyond all the other guys that talk, I have actually been and continue to be a superhero myself. From the late ’70s, in the KISS books that Marvel put out, Gene Simmons actually fought Doctor Doom with The Fantastic Four and Spider-Man. 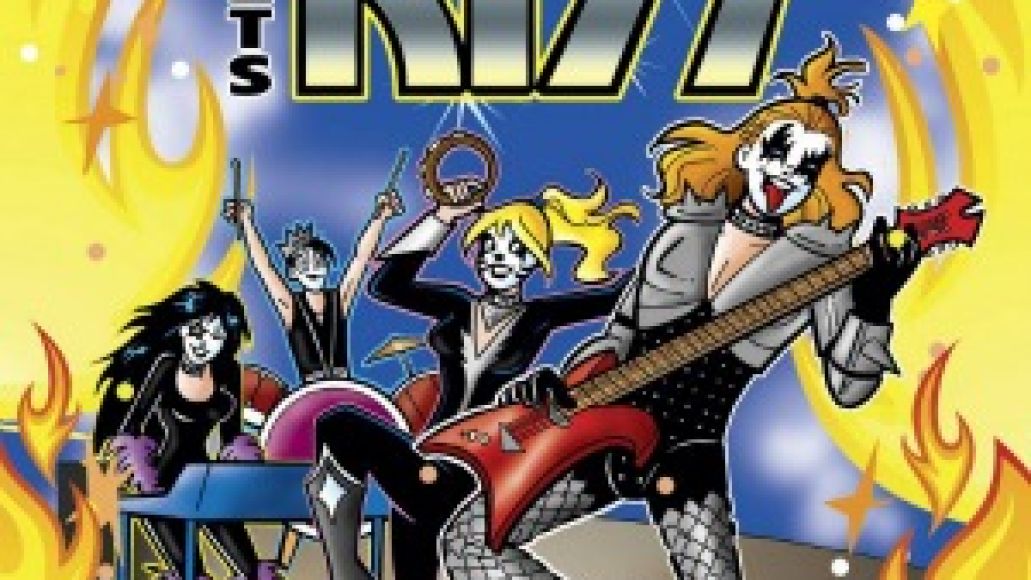 What’s it like being in an Archie comic?  Is it a different experience from being in the traditional superhero comic?

It’s not different. It just goes to our mandate, which is self-imposed, which is to rule this planet, to make it Planet KISS, the world where we own the trademark. But it started off with myself picking up the phone and calling Jon Goldwater, who heads up the Archie guys. I was a fan of the early books of the Bob Montana days. You know, for over half a century, thousands and thousands of stories, and the characters still stayed vibrant and still remain an essence, living in that small town with the big ideas that affect everybody.

And Archie, other than just being a kids’ book for the younger audiences, actually dealt with some very big-game issues: homosexuality, and being outcasts, and different, and what that means. Just some really cool stuff in the same way that the Denny O’Neil Green Arrow and Green Lantern books dealt with drug addiction… those groundbreaking stories. This may be before your time. Do you know what I’m talking about?

A little bit. I’m a huge comics fans myself, but I don’t have as many of the older issues from DC.

Well, it’s the classic stuff. It’s the stuff that today… those books wouldn’t be possible without it today. You know, Batman, and Superman, and all the rest of them started off as sort of heroic ideas. And it wasn’t until the ’60s when there was so much social upheaval—Vietnam and so forth—that comic books actually started dealing with human ideas. The Marvel comic books in particular dealt with an outcast teenager. The cops didn’t like him and the bad guys didn’t like him. The Hulk continues to be an outcast, neither hero, neither villain. And of course, DC picked up the gauntlet a little bit and started dealing with, you know, being outsiders, and drug addiction, and the Vietnam War, and all. Without the ’60s and those books, today’s comics wouldn’t be possible. It’d be the same-old, same-old.

Do you read a lot of modern titles?

As much as I can, but what’s happened with the berth of all the independent publishers is that there are literally a thousand books a month that come out. None of them sell very much, and I don’t know how you could read all of it. I wish I didn’t actually have to go to work, so I could be a kid again, and stay home and devour it all.

I actually stopped buying new issues every week because it proved too costly. And to understand this X-Men title, you had to buy that X-Men title. It just got a little ridiculous, so I pretty much stick to graphic novels now.

Well, I think it happens as a consequence of business, which is that it’s such a competitive business, and the numbers are so small. The reason that Marvel or anyone else puts out four, five, six titles or variations of it is that you want to be able to control the visuals. So, when somebody comes by the store, instead of printing, for argument’s sake, 100,000 X-Men comics, you can put out four or five different X-Men titles, and only put out four or five thousand a piece, if you see what I mean, so you have a chance of selling 100,000.

That makes sense. It’s pretty interesting how the comic book industry has evolved over the years. With the KISS Archie comics, do they refer to you guys by your real names or your aliases?

Yeah, The Demon, and so on. We come about due to a magic event that happens, and you’ll have to read the books to find out what the event is, and where it came from.