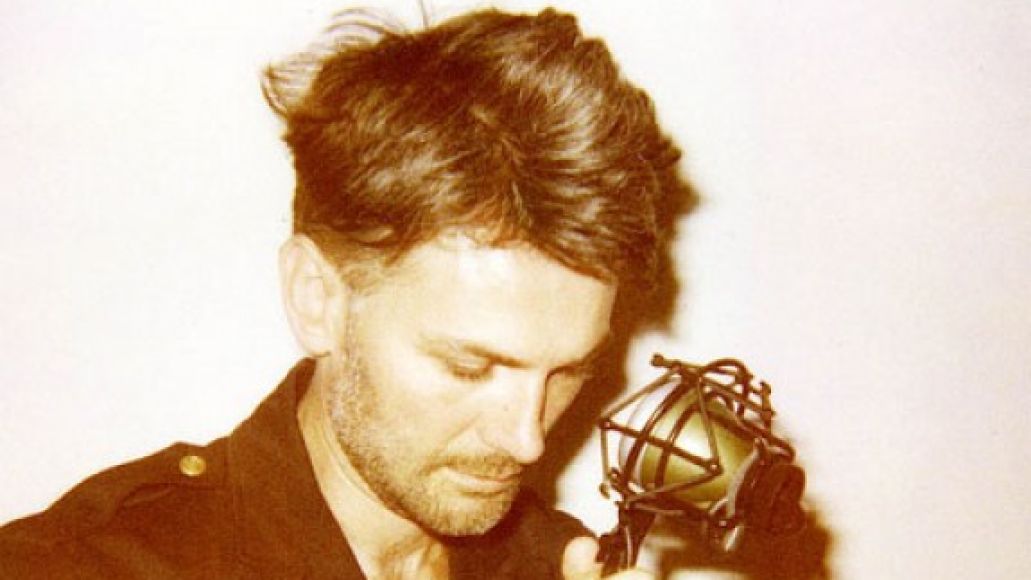 Porcelain Raft is the solo project of one Mauro Remiddi, a humble, energetic man living in London with origins in Rome. His bewitching blend of psych rock and ambient pop is a cut above that of his peers, and is reminiscent of the ’09/’10 resurgence of electro-pop in every way but one – Remiddi is 37. Most bands in his category, that is to say upstarts out of say Brooklyn or L.A. that play catchy synth tunes, are in their early 20s. This fact alone makes him a fascinating enigma, and also begs the question: “Where has this dude been?”

Well, that can be answered easily enough: the man’s been around. A musician most of his life, Remiddi has done everything from scoring independent Italian films to fronting indie bands like Sunny Day Sets Fire. But it wasn’t until last year when some of his singles under the Porcelain Raft moniker started making a fuss in the indie blogosphere that he took center stage. His debut album, Strange Weekend, was released earlier this week and is streaming in its entirety (that’s your cue to listen to the album for free while you read the remainder of this article). He describes his music as “Sleepwalking Pop”, which is an incredibly apt tag. As music fluctuates between full scale psych rock and ambient electronic a la Neon Indian and Toro y Moi, it’s truly a lethargic feeling. Blissfully lethargic.

We had the chance to pick at Mauro Remiddi’s brain this week, and the yield was as full of insight as it was energy. It’s a wonderful thing to meet a man in his late thirties who still maintains so much respect for the work he’s doing. That doesn’t happen in any field, whether you’re running a law firm or playing bass in a garage band. But, like we said, the man’s an enigma, a complete exception to the rule, and as perplexing as it might sound, a fair bit younger in spirit than many of the artists in his league. That purity is one of the most alluring parts of Porcelain Raft, and it really can’t be explained in a brief summation by a cynical writer, so I’ll stop. Let Remiddi explain the rest, and continue onward with my personal promise that you’re gonna like what you hear.

The Porcelain Raft project is fairly new, but for the past year you’ve been releasing great singles and EPs that have all led to the eventual release of Strange Weekend. Now, everyone is their own harshest critic, so you might be the best person to gauge how the album stacks up against former releases. Is it up to snuff? Where you’d like it to be?

I always like to record songs which didn’t have to be part of anything. It comes natural to me, like a diary of a day. The album was a challenge and I like challenges. I decided to record and compose everything in two months, it’s about me in this moment of my life. All the thought and things that happened to me in a weekend, that was the little concept behind it. I wanted to frame the album with a short time span, like showing a little detail of a big painting.

In a similar vein, I’d hate to pigeonhole your sound and call it “chillwave” or “electro-indie”, but it is very distinct and has a psychedelic element to it that’s fantastically capturing. Going into recording Weekend, who were your inspirations, either conscious or subconscious?

Just call it Sleepwalking Pop, that would do. There’s a dreamy element but surely I’m walking and not standing still. If an inspiration is conscious that would suck big time, like imitating something that someone did already, self-conscious records are the worst, if the inspiration was subconscious how would I know it? Unless my subconscious would just come alone and say, “Hey feeling like having a talk?”

So, you’ve got these years of experience in the sometimes brutal music world. I for one would consider that a major blessing were roles reversed. Do you often tap into that well of experience to use for Porcelain Raft? How so?

My experience in music can be summed up like this: I’ve been carrying amps and equipment around for long time, before using a trolly and getting the underground, now it’s the same but with a tour van, all I remember is amps and equipment to move from one spot to another. And I never complained.

What did you honestly expect to come from this bedroom project?

This isn’t a bedroom project. Would you ever ask to The National what would you aspect to come out from your studio recording project? Flaming Lips last record was recorded in a room, in Steven Drodz’s house. Why that wasn’t a bedroom project album? The important thing is to use the space you record in as an instrument, use the space, whatever that is, as an instrument. The rest are just talks for academics.

Very well put. I apologize for generalizing. Other than Porcelain Raft, what would you consider your greatest musical achievement at 37?

Surely, the achievement is to be able to share this. 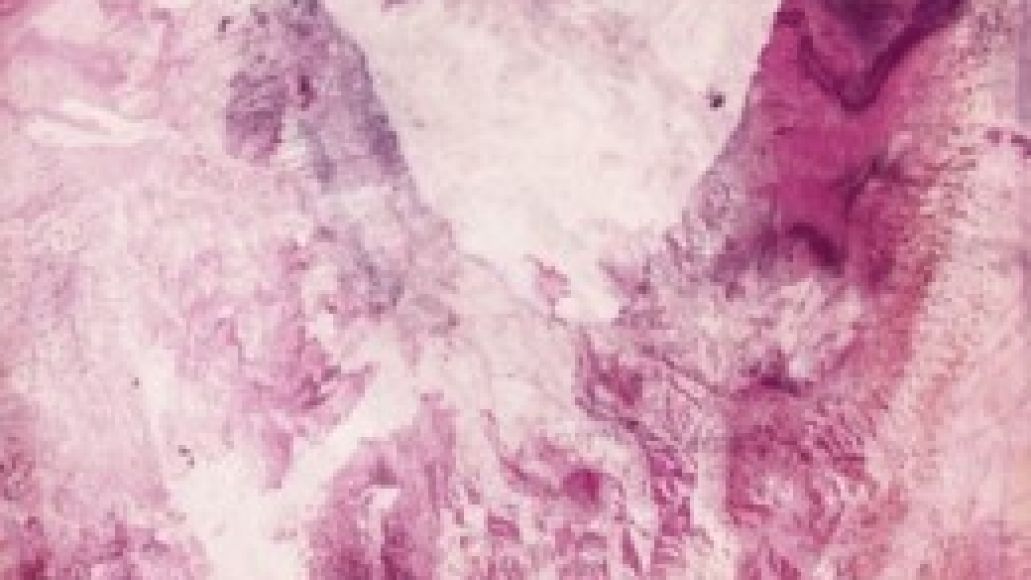 I can’t help but draw two comparisons when I think about the position you’re in – one’s semi-relevant, the other’s wildly absurd, but they’re a means to an end. The first is LCD Soundsystem’s James Murphy, who also got a late start as a performer in the industry and hung up his hat after three albums. And he always had this ability to use cautionary hindsight and foresight that carved out a perfect niche for his band and made his run successful. Would you say that you’re approaching cautiously from here on out because of what you’ve learned about the music business over the years?

No really, nothing to do with the industry. I think I’ve been searching for my own voice, for my own world to be formed and now it feels solid enough to be out and visible. Sometimes it just take long time to get things right. Magazines and ads focus on youth and you start to feel weird if you don’t achieve something straight away when you are young. I don’t see it in that way. Youth is overrated.

The second is Dennis Quaid’s character in The Rookie, which is a ridiculous comparison at a glance, I realize, but the premise of that movie is a much older man enters Major League Baseball alongside a bunch of younger actual rookies. He’s hasn’t got that fresh, eagerness of most rookies, but he’s got this wizened ability to look around him and appreciate it all, what it all means. Would you say that you fit that role in a way?

If only music was a sport, that would be a great role, but… If you see me in that role, I just trust you!

Well, that’s a lot of responsibility to take on! (laughs) But I think I’m up to it. Now, no one ever truly knows what the rookies of a new year will bring in the world of music, but 2012 looks to be very promising. You’ve got one of the first albums released this year as one of the hyped artists of 2012, and you’ve got the industry buzzing. The ball is in your court, now, so to speak. How do you plan to approach this year in terms of touring/releasing new music/getting the Porcelain Raft vessel up off the ground?

I just want to create an amazing live show, I just started touring full on and this is a great chance to focus on the live aspect of things. I feel I should never think too much ahead, let the music bring you where it belongs.

The album’s been streaming now for over a week. I know the feedback has been pretty positive thus far, but I’m a world away with an isolated vantage point as a critic. How’s the feedback been as you’ve talked with other artists/fans/reviewers/etc.?

I like the fact that this isn’t an album full of hits or doesn’t have any bold statement, it has brilliant moments and other moment less shiny, but never on your face. Just like real life in a way. To create an album that reflects that without fearing mediocrity, without feeling the pressure to be perfect all the time, that is my real achievement. To create something close to real life, and my life isn’t always brilliant. Why not showcase it?! Our life has moments of failure and moments of grandiosity, if I want to tell a story, I better tell it all.

Broken Bells Lift Off and Head Into the Blue