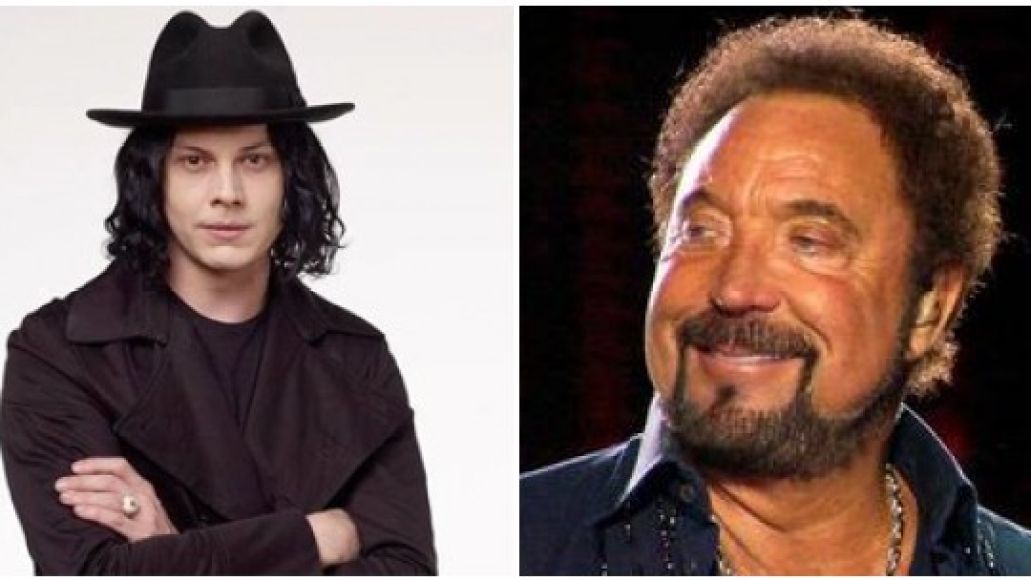 Jack White has revealed his latest strange bedfellow and it’s none other than 71-year-old singing legend, Sir Tom Jones. According to this month’s MOJO Magazine, Jones is the latest participant in Third Man Records’ infamous Blue Series, which has previously offered releases from Stephen Colbert, John C. Reily, and Insane Clown Possee. For his part, Jones recorded a rendition of “Jezebel” from his 2002 album Mr. Jones, along with a cover of Howlin’ Wolf’s “Evil”. As White notes, “He impressed the shit out of everybody.” Update: The 7″ single will be released on March 5th.

White also told MOJO that he has struck a deal with iconic blues imprint Document Records to remaster, redesign, and reissue a number of their albums on high-quality vinyl. Established in 1990, the label compiles music from pre-1943 artists, in chronological order. The partnership with Third Man begins in early 2012 with Volume 1 compilations featuring early 1900s blues greats Charlie Patton and Blind Willie McTell, as well as 1930s guitar and fiddle group the Mississippi Sheiks.

White previously covered McTell’s songs “Your Southern Can Is Mine” and “Lord, Send Me an Angel” with The White Stripes. He also covered Mississippi Sheiks’ song “Sitting on Top of the World” for the film Cold Mountain. You can find streams of all three covers below.

The White Stripes – “Your Southern Can Mama” (Blind Willie McTell)

Jack White – “Sitting on Top of the World” (Mississippi Sheiks)