Last night at Miami’s Grand Central, Dinosaur Jr. and its younger equivalent, Yuck, shoved out two loud, satisfying sets. Whether you were an adolescent hipster or a grunge enthusiast in your 50s, the scene was packed with either ilk. Low lit, noisy, and smoky, the venue’s aesthetics contrasted well with the crowd’s rebellious, buzzing energy. Short of a 7-11 parking lot, you couldn’t have asked for a better dive.

Yuck’s self-titled, debut album is about a year old now, and since its release, the British punkers have garnered excellent reviews. Despite the widespread enthusiasm, most critics agree the group’s sound is neck high in ’90s garage rock, specifically that of Pavement, The Jesus and Mary Chain, or – how apropos – Dinosaur Jr. So, a bill featuring the two names could only end in marital bliss, or an awkward night of navel gazing for the Amherst, MA legends.

Instead, it was a sloppy wedding.

With ease, Yuck appealed to the younger crowd, but in the back, one could see the older generation bobbing their heads to crunchy electric tracks like “Georgia” and “Operation”. Lead guitarist Max Bloom fiddled with his pedals, lassoing the distortion over crowd pleasers “Get Away” and “The Wall”. In between songs, the band amused attendees with anecdotes from their recent Weezer Cruise, adding, “You didn’t miss much… just kidding, it was amazing.” They closed with a haunting rendition of “Rubber”. 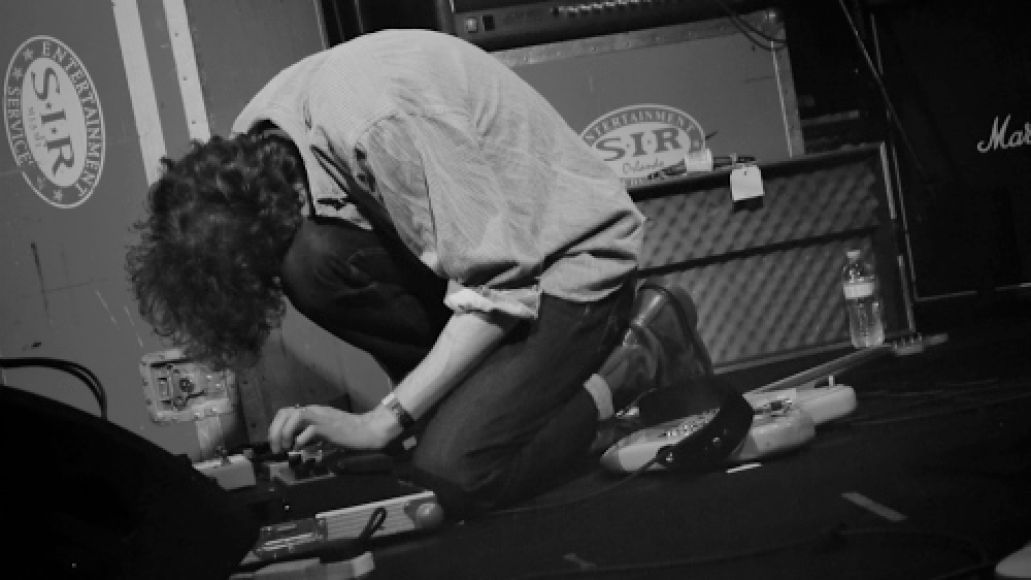 Shortly following, Dinosaur Jr. revved up the distortion, deafening plenty of seniors front and back. Given the ardent fan support, you’d be remiss of the band’s pitfalls over its 30 year career. “How come we never came to Miami,” Lou Barlow asked the packed crowd. “Shit!” They made up for the lost time by playing loud. Very loud.

J Mascis offered two splintering solos right off the bat with “Thumb” and “The Lung”. Rocking back and forth under his Gandalf-ish hair, Mascis was certainly a sight to see, and a sound to absorb. There’s hardly a point of contention at his placement in Rolling Stone‘s 100 Greatest Guitarists, where he’s ranked 86. He’s one of the best, if not the best, of his genre. His ear shattering solo on “Out There” remains a highlight on his erratic resume, and last night it rang loud and genuine. The same could be said for the band’s biggest hit and fan favorite, “Feel the Pain”. From the slower, melodic tones to the up-tempo, thumping sounds, the transitions were spot on. But, what do you expect from true auteurs? 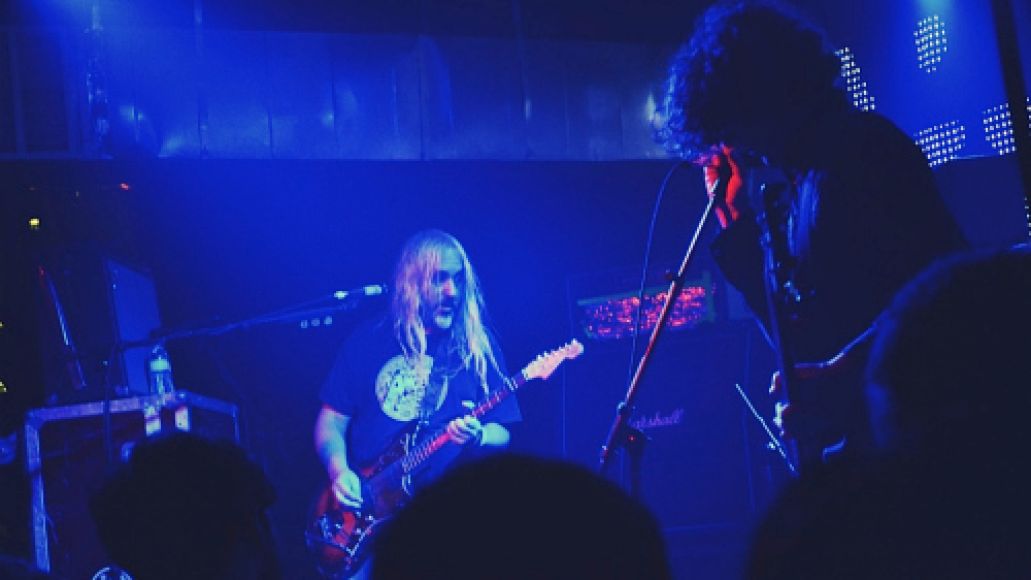 Dinosaur Jr.’s spiraling career might not have gone the way they expected – though, who cares. Neither did The Replacements’, yet you can hear Paul Westerberg in half a dozen vocalists today. The same goes for countless indie guitarists, who channel the furor and distorted wit of J Mascis. He haunts them all. But, he also still rocks a show, and for those who walked out alive last night, they’ll probably never hear the same again. No complaints. Never.

Yuck Setlist:
Holing Out
The Base of a Dream is Empty
Shook Down
Georgia
Milkshake
Get Away
The Wall
Operation
Rubber