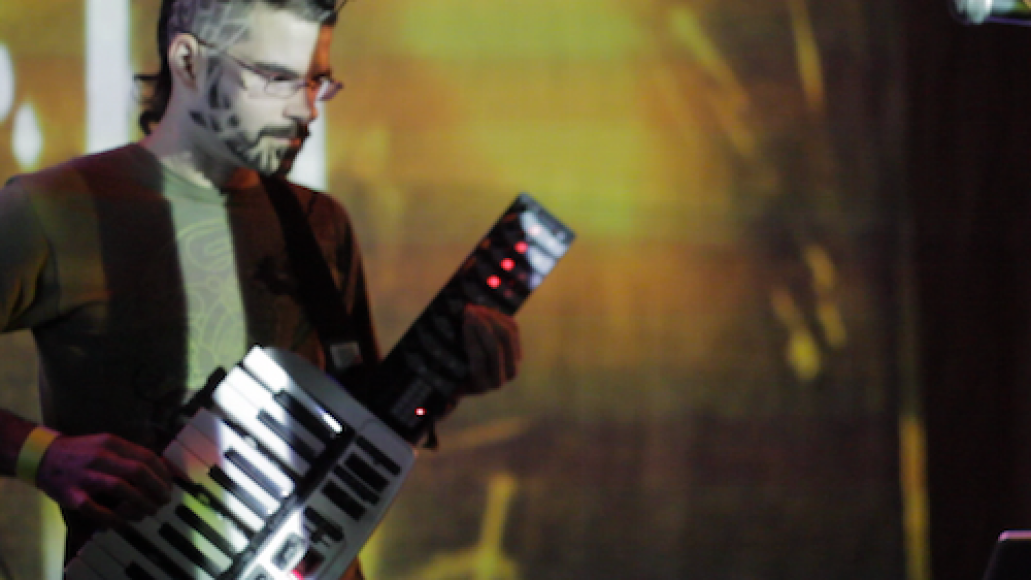 After holding their last event, L.A. Monomeet 2011, at the Downtown Independent, the Interface L.A. crew returned to the Bootleg for another set of audio-visual performances and interactive installations exploring human-computer interactions.

This time, Interface teamed up with several crews, companies and websites, including LoveTech, Novation, Ableton, Create Digital Music, and Controllerism.com to bring together digital artists from around the world.

We got to the Bootleg in time to catch the end of ro’s set. A member of Interace’s core collective, ro performed with a 128 Monome and a laptop. Rich DDT – runner up at last year’s Controllerism Battle – kicked off the LoveTech (SF) invasion of LA with his custom-built controlliTAR, a fantastic keytar-mixer hybrid. The Berlin-based founder/editor of Create Digital Music Peter Kirn came next. 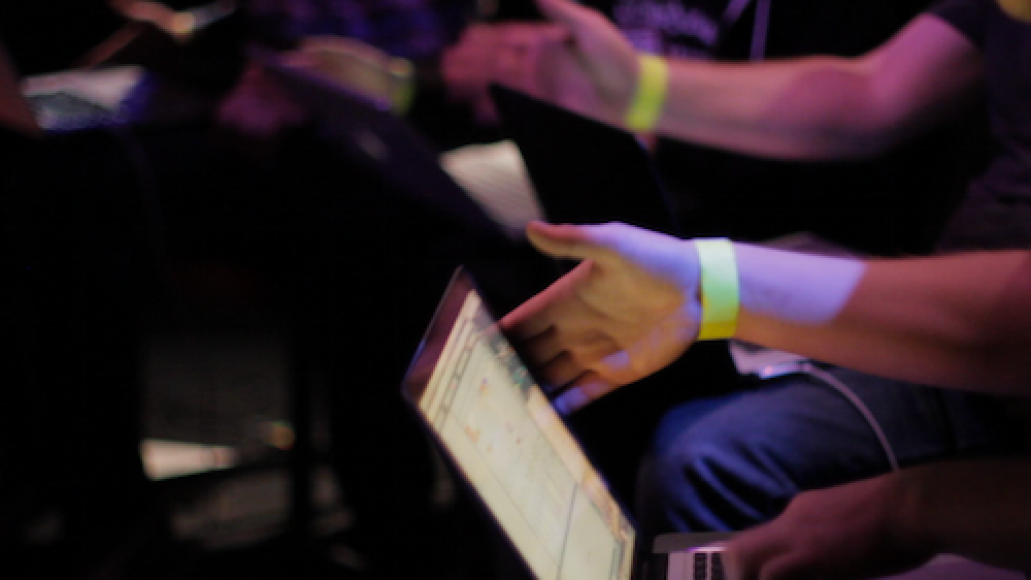 Finally, it was time for the long-awaited debut of the SmackTop Orchestra – the Interface L.A. “house band” – an ensemble featuring Casey Alexander (Dolza), Kevin Nelson (The Sweaty Caps), David Howe (Merbert Moover) and Raymond Weitekamp (Altitude Sickness, Interface L.A. organizer). On Christmas, Weitekamp released the open-source application SmackTop that he’d developed and demonstrated live at the Monomeet, and the four artists used it Friday night to compose a single collaborative piece born of smacking their laptops as they pleased. Each tap triggered a variety of samples, synthesizers, loops and effects, ranging from hip-hop breaks to Mac alert beeps that thrilled the crowd and caused the guy standing behind me to giggle and yell “THISISSOCOOL!!!!!” over and over.

Nonagon, also of LoveTech, managed an orchestra’s worth of instruments with ease via his Monome as beautiful neon jellyfish floated by on the screen behind him. OICHO controlled the projections from the Bootleg’s lofted sound booth, using videos he made himself as well as fuzzy rips of old films that he probably grabbed from YouTube. 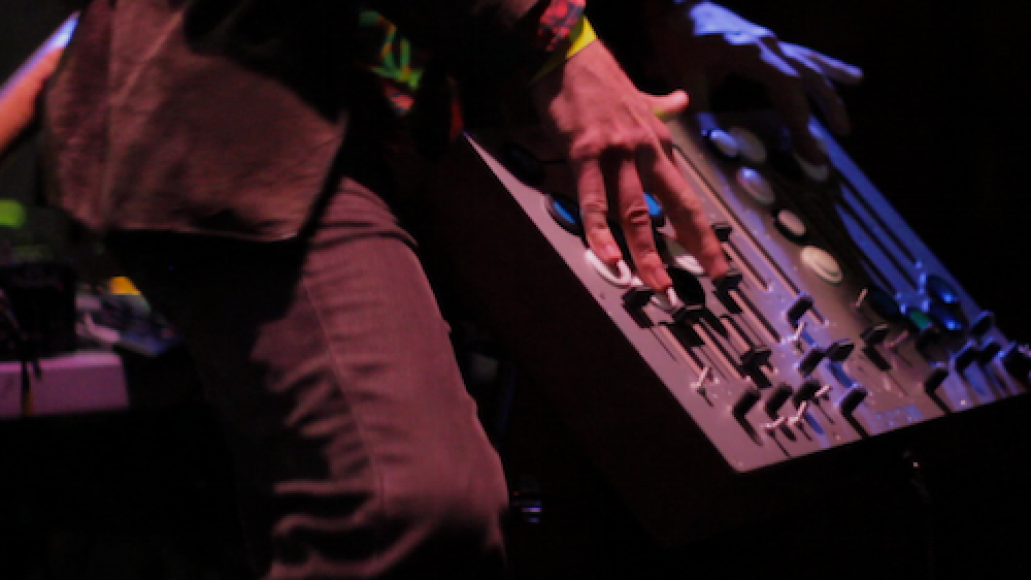 Lovetech veteran and king of contollerism Moldover followed, performing new and old material with a guitar and controller that he built himself. Moldover tilted his controller down so the audience could see exactly what buttons he pushed and knobs he twisted to produce the sounds we were hearing, and the audience watched in stunned silence. Irish-born, NYC-based producer Mike Slott of LuckyMe/Heralds of Changed closed the night with a rare west coast performance using two Novation Launchpads and Ableton Live. Though most of the crowd had dispersed by the time he reached the stage, the dedicated few who hung out ’til the very end were captivated.