Cargo’s interior feels like an air-raid shelter; or, at least what I imagine an air-raid shelter to be like. Set under a disused railway bridge in East London, it’s a strange mixture of Dickensian and avant-garde. With a red brick, arched ceiling and cold stone floor, the room doesn’t immediately suggest great acoustics. Imposingly wide ventilation tubes hang to either side of the ceiling, and the sound booth is an even greater oddity. This hefty, box-like construction appears to be stuck to the back wall by the ceiling, taking up about half the wall width. The remaining space hosts a kind of tired art display to add to the Heath Robinson effect. A bar is immediately below the strangely suspended booth, and I’d want danger money to work behind it. At £4.50 a pint ($7), the beers are priced accordingly.

On this night, Cargo was busy, so Norwegian post-rockers Maribel opened the show to a reasonable size crowd. The band offered minimal verbal contact and delivered ponderous, slow-build soundscapes mostly bereft of anything by way of a tune. Vocalist Rebekka von Markstein seems to have studied at the school of Portishead. She can obviously sing but tonight strayed off-key quite a bit. Maybe she was just depressed by the content. The audience response was polite but muted while an annoying smoke machine also contributed to the gloom. 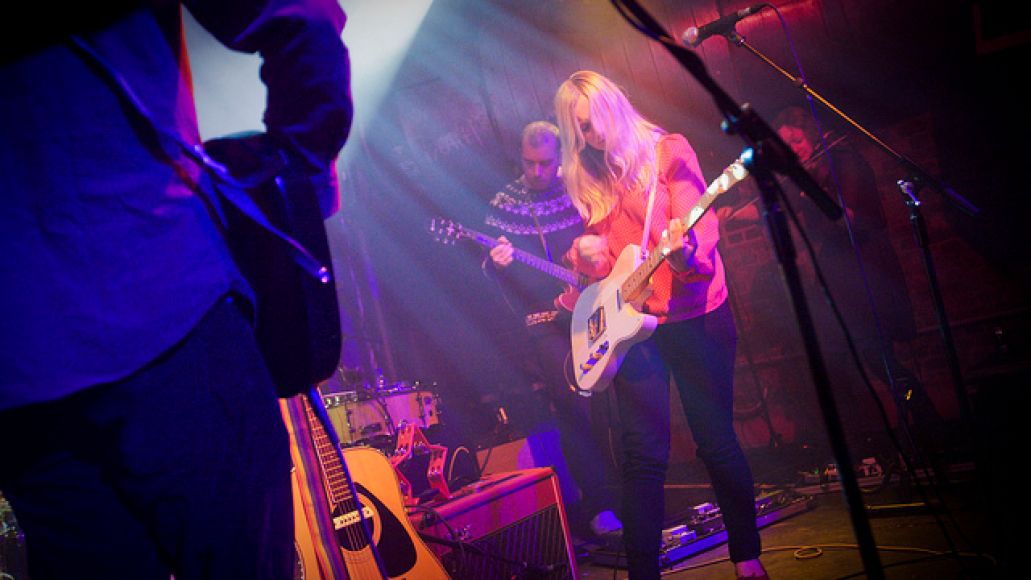 As the main event, Lanterns on the Lake by contrast have the tunes, and this simple fact vindicated their greatly melancholic content. By the time the Newcastle, UK, outfit took the stage, the room was rammed, hot, and hazy. Lanterns on the Lake ply a compelling amalgam of indie-folk with traditional overtones and post-rock, mingled with a dash of electronica and shoegaze. Band members also switched instruments now and again, an art in itself with six of them on a cluttered stage.

Opening with “Lungs Quicken”, Lanterns showed a delicate lightness of touch as they layered the song from soft, percussive beginnings through to a Revere-style rinse for a much more intense experience than on record. Sometimes behind a curtain of long, blonde hair, singer-guitarist Hazel Wilde’s shimmering, breathy vocals perfectly complimented the forlorn beauty of the music. Adam Sykes, sporting a fine moustache in the style of a young General Robert E. Lee, added a lead vocal here and there and some fragile harmonies, while drummer Oliver Ketteringham, an uncanny double of 24’s Jack Bauer, also took turns on piano and synth. Brendan Sykes’ bass pulsated and probed, Sarah Kemp’s violin dextrously lit up phrases, and Paul Gregory’s guitar was constantly inventive and now and again played with a bow. 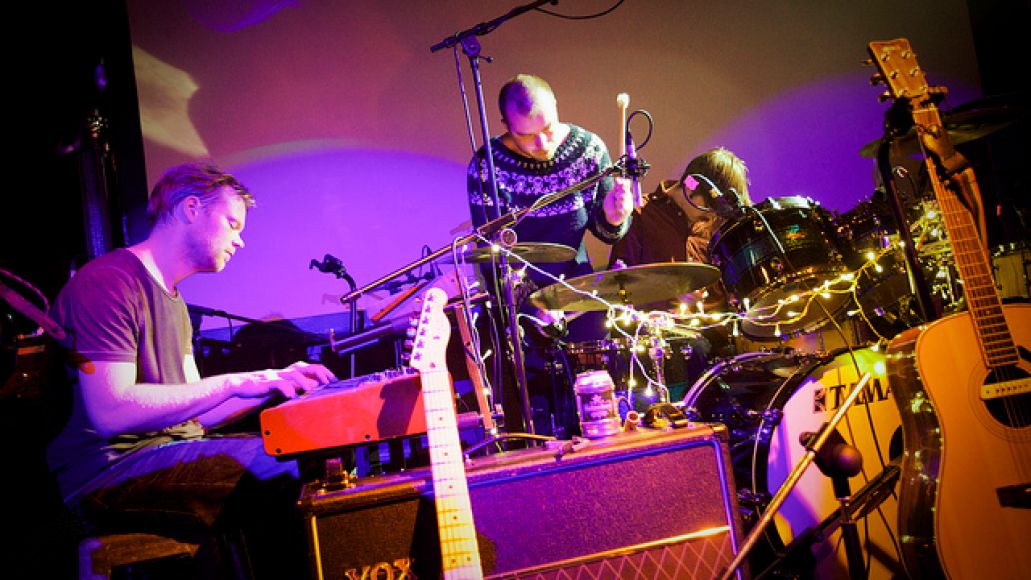 Lanterns’ 11-song set contained any manner of highlights from the majestic “A Kingdom”, which built to an intense Doves-like percussive ending, to the expressive “Keep on Trying” that had an audience member call out, “What a band. What a fucking band” straight after. You could almost sense the relief in the brief laughter that followed as an audience somewhat mesmerized into quietness by this performance collectively breathed out.

Other than perhaps with the gloomy “Sapsorrow”, the impetus never faltered, and the last three songs were played out to perfection. “Tricks”, with its skilful embellishment of a simple piano riff, segued into a dynamic “I Love You, Sleepyhead” via Gregory’s plaintive, bowed guitar fill. “Not Going Back to the Harbour” proved a fitting closer with a magic moment as the singers stepped back from the mikes and the whole band joined in on a simple vocal refrain. The long drawn out, stately instrumental conclusion was simply beautiful and required no encore. Exited a band that not many can hold a candle to for sheer atmosphere. Exited a contented audience.

Setlist:
Lungs Quicken
If I’ve Been Unkind
A Kingdom
Ships in the Rain
You Need Better
You’re Almost There
Keep on Trying
Sapsorrow
Tricks
I Love You, Sleepyhead
Not Going Back to the Harbour

Live Review: Lanterns on the Lake at Cargo, London (1/12)