On the eve of a three-month tour that will start out west and then finish in Europe, moe. celebrated the release of their new CD, What Happened to the La Las, with a sold out event at Manhattan’s intimate and hip Hiro Ballroom. After a pair of fiery shows at Terminal 5 last Thanksgiving, Monday’s one-set affair is moe.‘s only visit to New York City on the upcoming run that will see East Coast stops in Boston, Albany, and Philly.

moe. is a two-set band, so a one-set show is something of an oddity, usually reserved for festival appearances or other special events. While they could have opted for a two-set throwdown in New York to kick off their new tour and new album, instead the band chose a relatively safe and standard electric set following a short acoustic set, featuring all the songs from La Las with some commonly played fan favorites thrown in for good measure. All in all, the show felt like a warm up for something bigger, something that moe. will certainly accomplish as soon as they get into the rhythm of the road and put a few shows under their belts.

All night, the band seemed relatively nonchalant and laid back in their playing, a state that can often lead to improvisational greatness but didn’t Monday night. There were sound problems at various points, such as Rob Derhak’s bass shitting the bed during the climax of “Puebla”, and percussionist Jim Loughlin was regrettably low in the mix. Yet, there were also moments where the band’s normal live greatness shined. 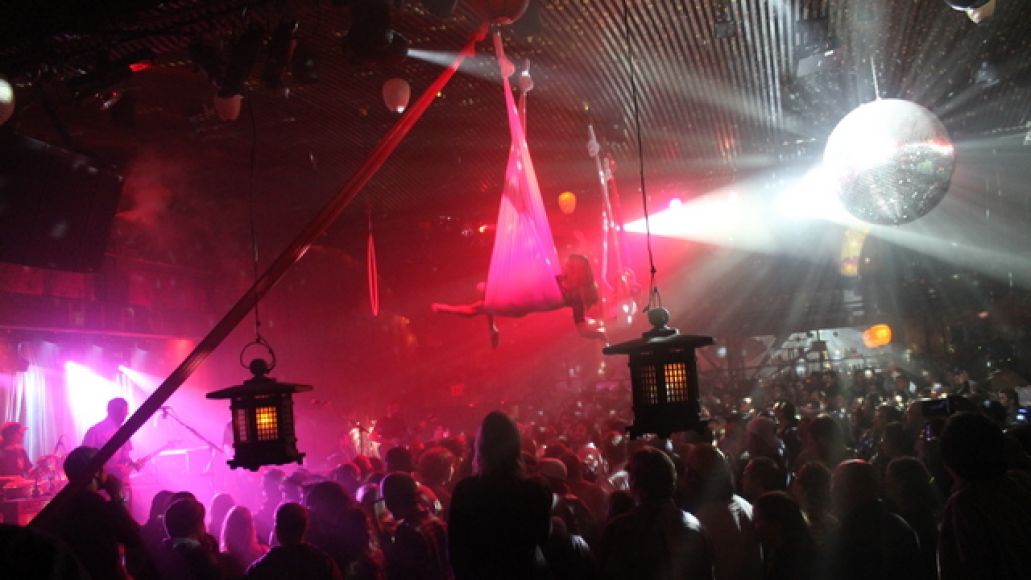 The down-home romp “St. Augustine”, an older song, gradually segued out of the country twang of the show’s opener, the relatively new “Downward Facing Dog”. Featuring some raunchy slide guitar from Chuck Garvey and a mean washboard from Loughlin, “St. Augustine” built up patiently to its arena rock, life-affirming chorus, although the big downbeat payoff was mucked up by what seemed like an early or late vocal entry from Derhak. “Haze”, a La Las track with slow, introspective verses leading to a breakout chorus and a snarling hard rock guitar solo, was an energetic highlight, with drummer Vinnie Amico pushing the band hard as Garvey and guitarist Al Schnier traded solos. Garvey stayed more or less within a typical blues-rock language in his solo, while Schnier shredded his double-necked Gibson with just an inkling of metal sprinkled in. 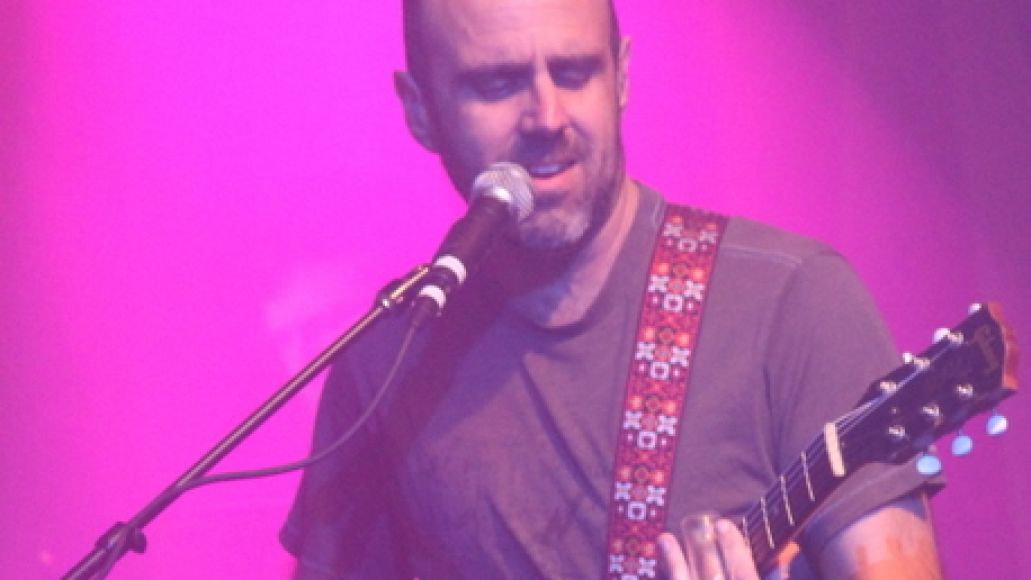 The highlight of the show was the encore, which began with Loughlin’s tightly played, bizarro instrumental waltz “Chromatic Nightmare”, and closed with a greatest hit, “Rebubula”. This was by far the highest energy in both the band and the crowd all night, as Derhak belted out his anthemic chorus and slapped the hell out of the bass, while Schnier and Garvey amassed a double guitar assault that went from composed melodies to dark solos and finally dissolved into psychedelic bliss before the song remounted for the final verse and chorus.

Problem was, moe. never really got there until the last song of the encore. There was just a hint of their usual improvisational prowess during the spacey section of “Rebubula”, but it was fleeting. The normally transcendent “Puebla”, possibly the best song on La Las, didn’t take any risks. In many previous live incarnations, “Puebla” has been a launchpad for intricate jamming and creative segues, but instead Garvey delivered a relatively pedestrian solo that seemed unsure of what to do when it finally peaked. An uninspired segue into the fan favorite “Moth” was the end result.

As a special treat, the band had two acrobatic female dancers contorting themselves in large fabric swings from the ceiling, Cirque du Soleil-esque, often posing in graceful and artistic poses or turning their swings into cocoons. While it may have contributed to the band’s distraction, it was certainly a fun way to take advantage of being in Manhattan, with its abundance of performance artists and dancers. Still, moe. can put on one of the best live shows of any band touring today, and even on an off night there are a few gems. No doubt when they return to the East Coast in March, they’ll be clicking on all levels and ready to blow minds again.