Oh, what a difference two years can make. Back during the winter of 2009, San Francisco natives Girls and New Jersey’s Real Estate graced the stage of the intimate, 500 capacity Bowery Ballroom. Since then, they’ve each followed up their stellar debut LPs with equally, if not more, compelling sophomore efforts. Nevertheless, it was still hard to fathom walking into the enormous 3,000 capacity Terminal 5 Saturday night to find it full to the point of overcrowding a whole 45 minutes before Real Estate even took the stage. The fact that neither Girls nor Real Estate have changed their sound very much in the span of their small discographies goes to show that sometimes good, old-fashioned touring your ass off pays dividends, and if the tunes are solid, the fans will come. This was the night when two mid-level indie bands got to pretend they were bona fide rock stars.

By the time Real Estate began their opening set with “Green Aisles”, a choice cut off last year’s Days, it was near impossible to get within 35 feet of the stage. Martin Courtney and Mathew Mondanile’s dueling guitars swirled around one another in a hazy ocean void of any nerves that you might expect would come with playing to such a large audience. Days single “It’s Real” got a much expected buoyant reaction from the crowd with its “oh oh oh” chorus and surf-rock mastery, and old favorite “Fake Blues” burst with new life. 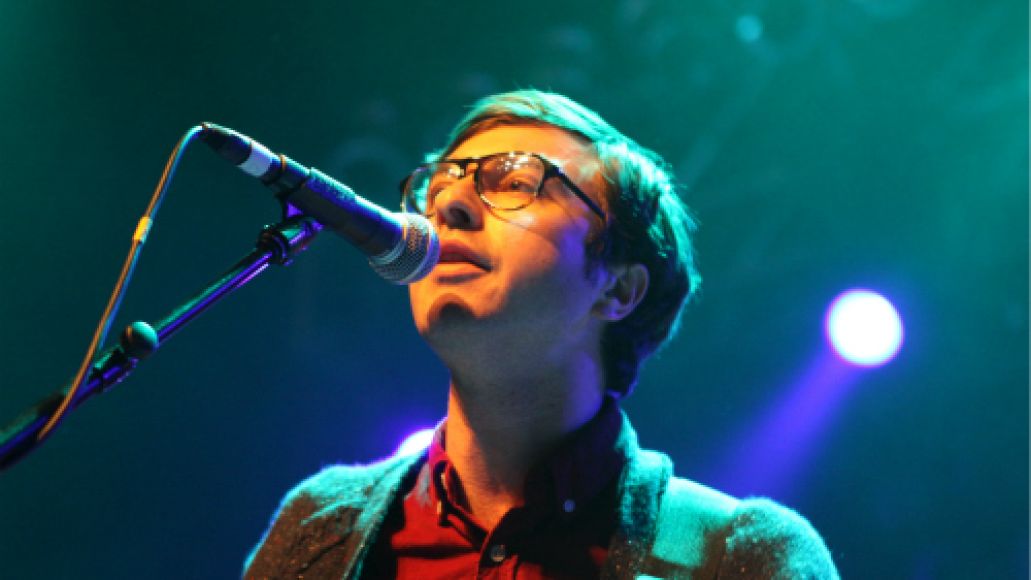 While the short set heavily favored Days, it also included a cover of “Sunlight Bathed the Golden Glow” originally by the often-forgotten 80’s post-punkers Felt. An odd, left field choice, the cover was executed to perfection. Its sunny jangle and lazy vocals fit with Real Estate’s style so well that it could have been a Days B-side.

As Girls took the stage, every mic stand, drum kit, and piano had been carefully adorned with a fresh bouquet of flowers (well, they are from San Francisco after all). This floral touch set the tone for the rest of the performance. But when front man Christopher Owens burst into “Alex” off Father, Son, Holy Ghost, people were likely paying more attention to his bizarre getup, which consisted of a denim skirt (yes, as in a women’s skirt) and calf-high, white tube socks. Thankfully, the fact that he was dressed kind of like an elementary school art teacher didn’t impact the killer set in any musical way. 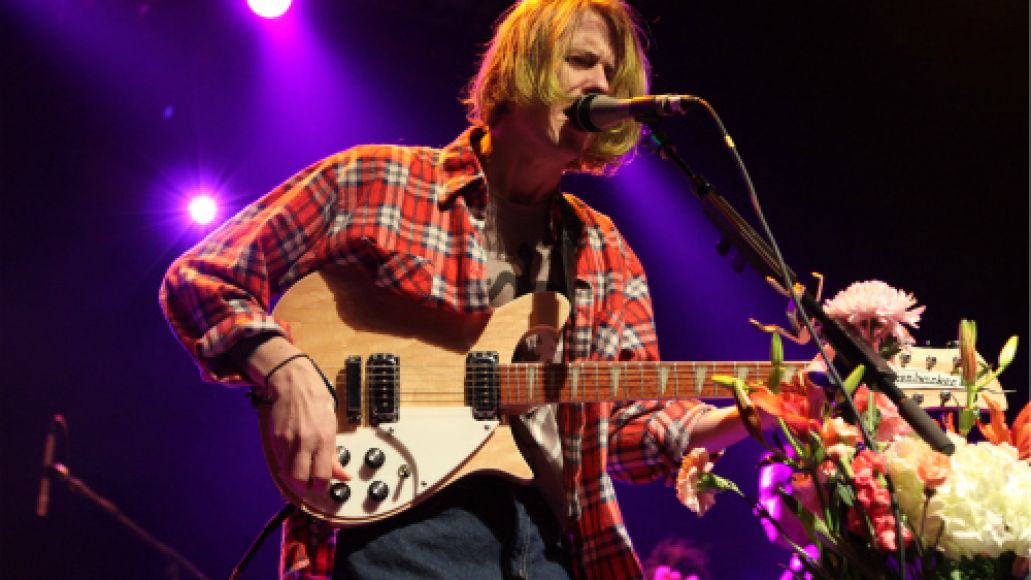 At eight members strong, including three female background singers, Girls’ stage setup has undergone quite the sea change since they toured behind their debut album two years ago. Yet far from feeling overcrowded, tracks like the slow-burning “Vomit” and cutesy pop gem “Honey Bunny” benefited from the roster increase. In particular on the former track, the soaring, soul-infused background vocals helped give Owens’ trademark boyish, lovesick charm an endearing Motown twist. Similarly, the spastic rage of “Die” sounded like an army of charging elephants thanks to a finely tuned multi-guitar attack.

Older cuts like “Laura” and “Lust for Life” may have set fire to the sold-out crowd, but it was the newer tracks that painted a richer, more fully realized picture.