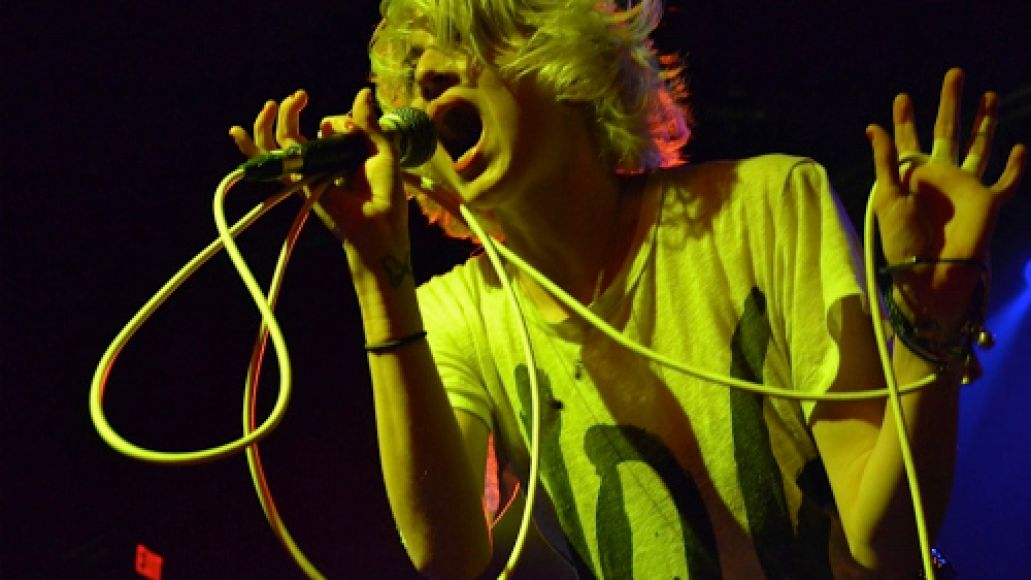 Last night, The Kills brought “danger” and “sexy” to Fort Lauderdale’s Revolution, proving that both can still exist in rock ‘n’ roll today. Quite a perfect venue for their sultry sound, Revolution brandished the duo in smoky red lights, and offered a spacious underground vibe – it was loud, it was amplified. They weren’t alone, however, receiving support from Brooklyn four-piece Hunters (read: Hunters, not THE Hunters.) and other duo, Nashville’s own JEFF the Brotherhood.

With four in tow, Hunters were the largest act on the bill, and they appeared rather crowded on-stage. Despite the lack of room, the quartet – led by their dazzling bleached blonde frontwoman, Isabel Almeida – worked with a lot of confidence, knocking out enviable punk rock that catered to the Kills-bred crowd. Almeida recalls the fury of Crystal Castles’ Alice Glass, only with a little more spunk to her step. 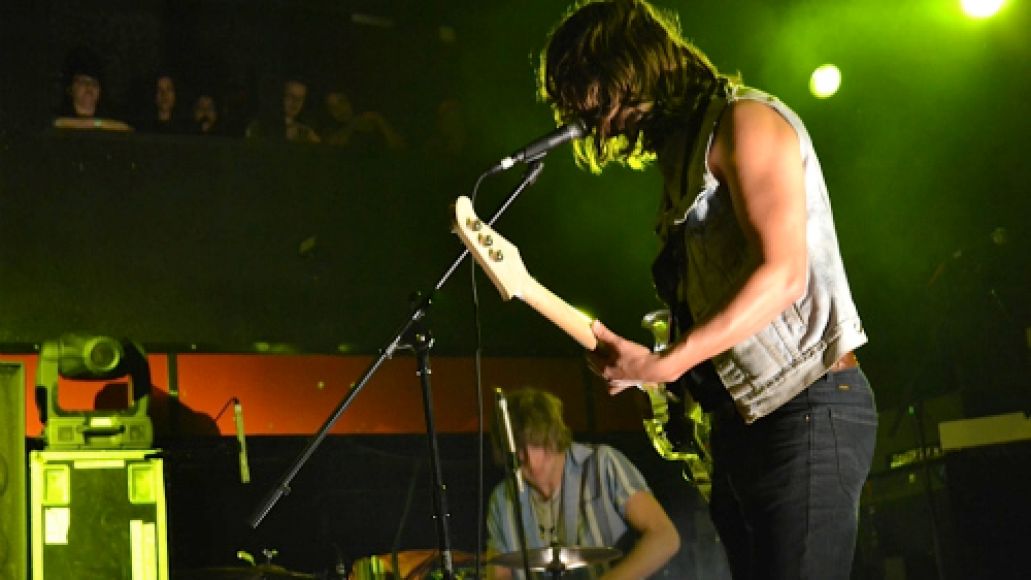 Moshing and fights broke out during JEFF the Brotherhood’s set, namely during their cut of “Heavy Day”, and security stepped in. While brothers Jake and Jamin Orrall sang about how “it’s pretty good to be with my friends,” those same friends walked away with bloody mouths and flannel shirts that were annihilated. Towards the end, the set started dragging, especially following a raucous, near-perfect rendition of “The Ripper”, which was rewarded with thunderous applause. Instead of closing it out there, encapsulating a quaint opening set, the brothers dove into a slower ’70s jam, hinting at this quasi-self indulgence that took away from an otherwise great experience.

Finally, after much anticipation, Alison Mosshart (with her freshly died pink hair) and Jamie Hince (with that better-than-you expression that screamed, “I don’t look like a married man, but I am, and to the top supermodel of the world.”) strolled out underscoring sexy. They cracked open the set with “No Wow”, and the crowd frantically danced to Hince’s crunchy guitar lines, all while Mosshart jerked around on-stage. Lustful eyes followed her every move, and whether it was those of a guy or a gal, everyone had the same thought, Marry me, Mosshart. 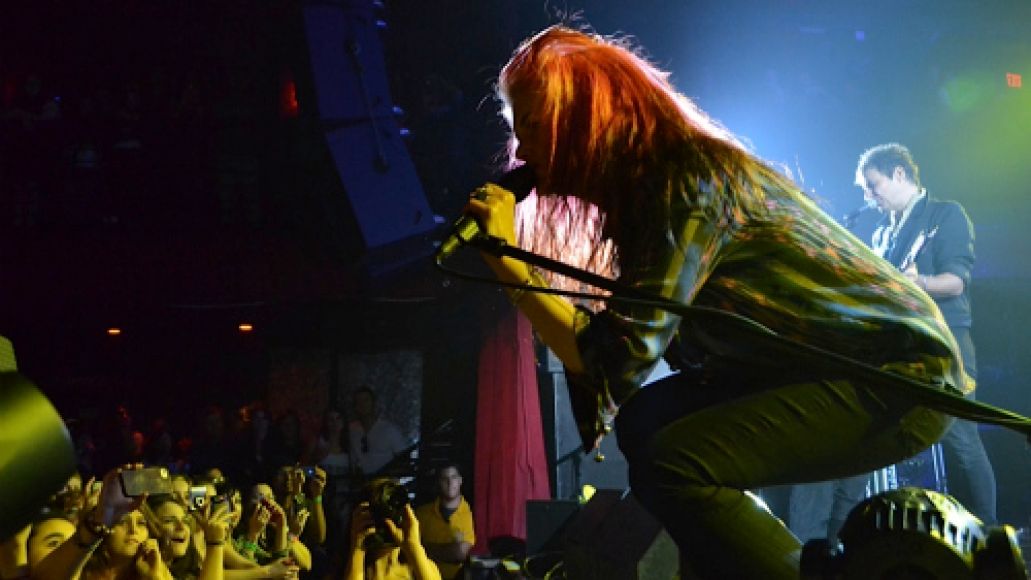 What sells The Kills is their natural stage presence. They know how to move and sell their music, and that innate and enticing power can’t be repackaged – it’s born into them. Hince’s slick riffage and beats pulse through Mosshart’s body and vice versa. It’s sweaty, good-natured rock ‘n’ roll yet it’s also finely tuned. For all the grit and the distortion they add, it’s perfectly clean, which makes it quite impressive. Soulful ballads like “Last Goodbye” or closer “Monkey 23” echoed from their albums, proving the duo is as masterful on-stage as their album’s production insists. They go double with the provocatively dancier tracks like “Soul Cherry” and “U R A Fever”.

With sexual tension dripping from every verse, The Kills conjured up a fever Saturday night in Florida. Maybe they do this every night – wherever the road takes them – but in South Florida, Mosshart had several promising boyfriends mentally engaging in a love affair. Though, odds are she probably had that effect on the gals, too.