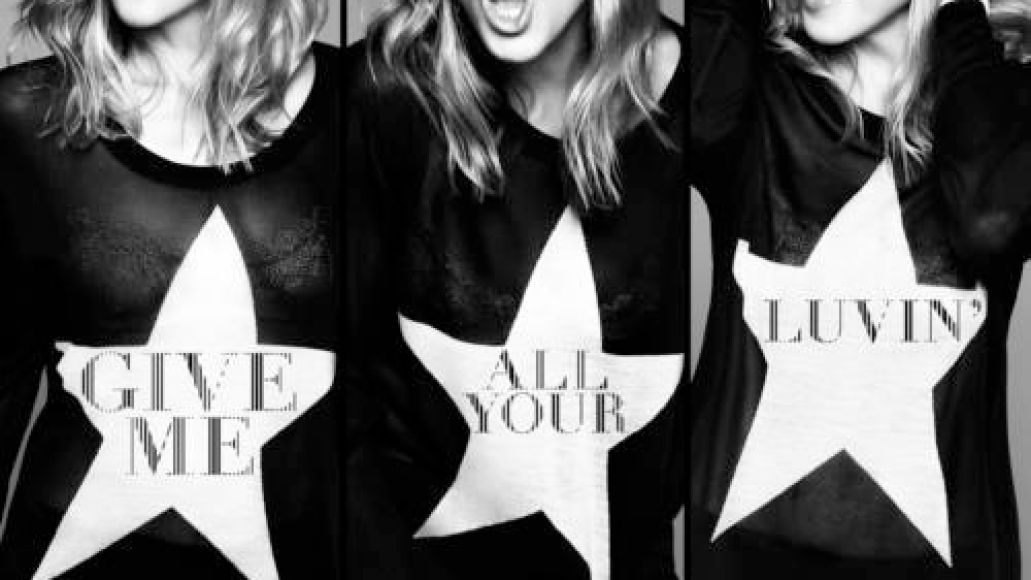 With her Super Bowl Halftime performance now just one week away, Madonna has revealed a number of new details regarding her upcoming 12th LP. According to an issued press release, the album, entitled MDNA, will hit stores worldwide on March 26th via Interscope Records.

On February 3rd, the album’s lead single, “Give Me All Your Luvin'” featuring M.I.A. and Nicki Minaj, will be available via digital retailers, and its corresponding music video will premiere on YouTube. That’s the single’s artwork above.

A tracklist for the album’s standard version remains forthcoming, however, an iTunes deluxe version includes 18 tracks. Included is “Masterpiece”, which was also featured on the soundtrack to the Madonna-directed film W.E. and which recently won the Golden Globe Award for Best Original Song. Check out a stream of “Masterpiece” below.

Along with her performance during the Super Bowl Halftime Show, which is rumored to feature just about everyone, Madonna is set to appear on The Tonight Show with Jay Leno on January 30th.