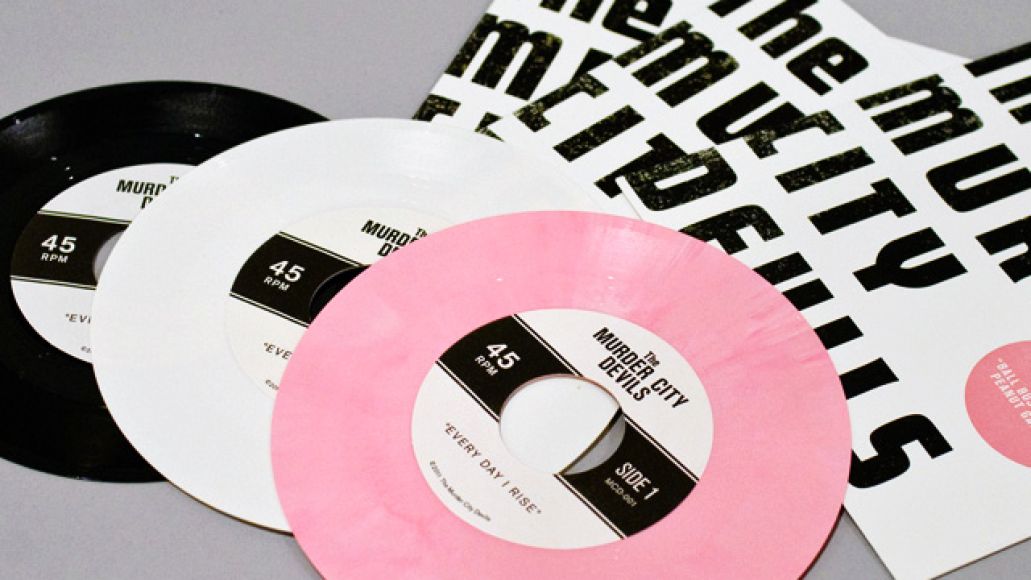 Seattle punk rock crew Murder City Devils have toured the country sporadically since reuniting in 2006. Now, as 107.7 The End points out, the band has revealed their first pieces of new music in over a decade with the release of a two-song single. Recorded last summer in Southern California, ”Everyday I Rise” and” Ball Busters in the Peanut Gallery” are now available digitally and as a limited-edition 7″ vinyl (as you can see above) via the band’s website. Right now, you can preview “Everyday I Rise” at 107.7 The End’s website.

The band’s only upcoming tour date is a February 3rd gig at Dante’s in Portland, Oregon.