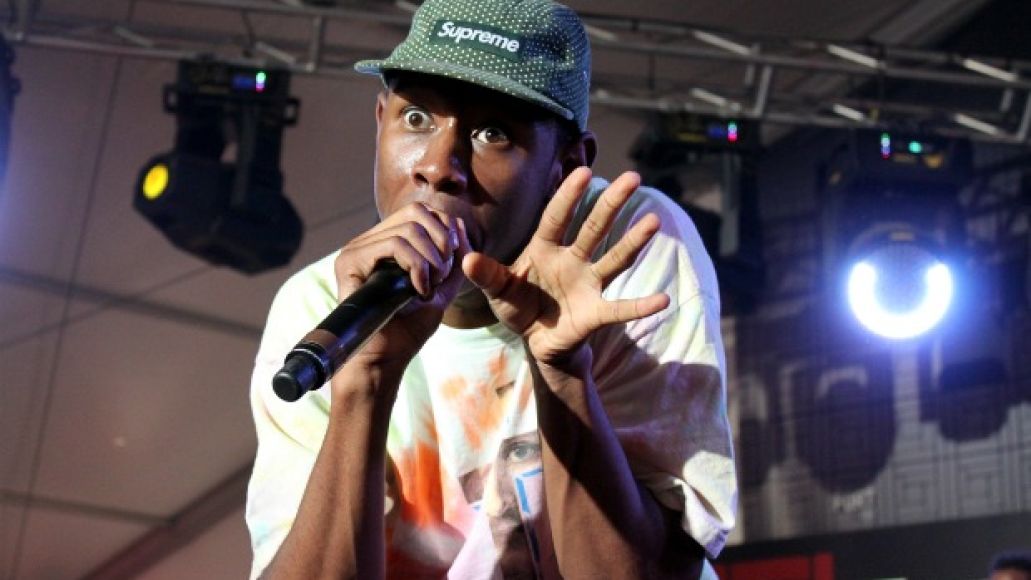 Odd Future will be just as busy this year as they were last, with plans for a number of studio releases, along with a spring tour. To start, the Los Angeles-bred hip-hop collective will release a new mixtape, OF Tape Vol. 2, on March 20th via their own Odd Future Records. The sequel to 2008’s The Odd Future Mixtape, the compilation will feature contributions from most of the crew: Tyler, the Creator, Frank Ocean, Hodgy Beats, Left Brain, Syd the Kyd and Matt Martians (The Internet), Domo Genesis, and Mike G.

To support their collaborative effort, the troupe will stomp a trail across North America and the UK this spring. Along with their on-stage performance, each stop will feature an Odd Future pop-up store plus screenings of the group’s forthcoming live-action TV series, Loiter Squad, which premieres as part of Adult Swim on March 25th. Check out the band’s updated tour schedule below; also on the docket are appearances at Australia’s Big Day Out and California’s Paid Dues festivals.

In addition, Tyler will follow up last year’s Goblin with a new LP, entitled Wolf , in the spring. While MellowHype (Hodgy and Left Brain) have their own new LP, Numbers, penciled in for summer.