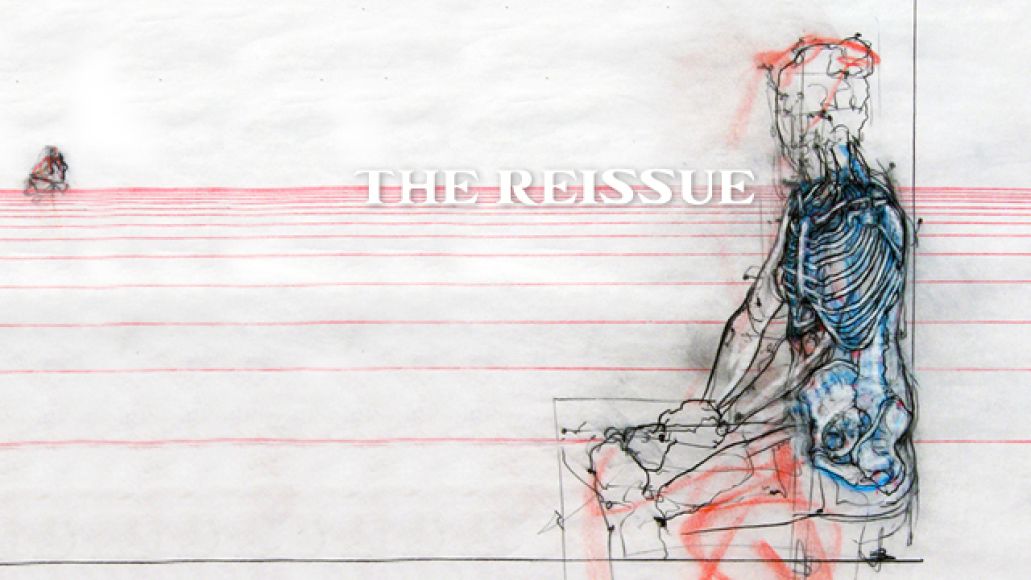 The Reissue is a brand new feature, taking a monthly look at four albums from 10, 20, 30, and 40 years ago, all of a certain ilk, aesthetic, genre, or style. Some of these albums are not widely available for purchase on vinyl, and some have been reissued at some point. More importantly, these are the albums that we should be talking about in 2012 — again. The first installment is all about the Drone.

My father would call this music “lazy music for lazy people.” He’s certainly wrong about the first part and the second part is, well, dubious. It’s not that Drone music is lazy, it’s just that it doesn’t require much thought. But to try to listen to drone music is to be doing it wrong because there is no try — there’s only not trying. Ambient/drone music has a unique trait about it that makes it challenging in its own way: how you listen to it is less about reaching out to the music, and more about letting it come to you. The idea of submitting to the order of something else is not an idea music listeners are too keen on, especially if we’re keeping in mind the other, more pejorative definition of  ”a drone”. Being defined after the figurative definition of “drone” is, in some part, essential to enjoying it.

But once you surrender to the guile of ceaseless repetition, the drone has the power to transubstantiate into something meditative. Or violent. Or sexual, or contemplative, or joyful. Whatever form it takes, it always remains volatile, and any number of emotions can escape via this trance state and that’s one of the many reasons that makes drone music so alluring and addictive. It is one of the most ancient tonalities of music, pre-dating civilization itself back to the most basic forms of communication. Its evolution through the last 40 years has been focused on trying to recapture that primal, womblike state from a constant vibration and sound. From Indian ragas all the way up to Bossgaze, the drone exists to drown out consciousness in favor of another state, regressive or transgressive.

And to assist in that drowning, I prefer these four albums to be played at stupid volumes. 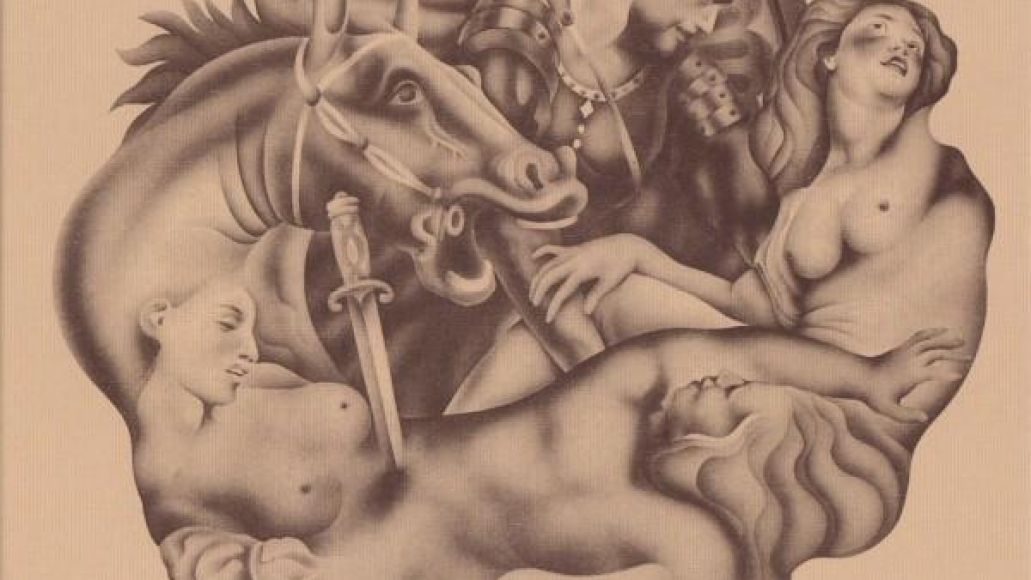 Kosugi worked with the 60’s neo-dada performance art collective Fluxus (along with John Cale, George Brecht, Yoko Ono, et many al.), and carried their free-associative, anti-pop ideas into TMT. As the album title suggests, it was recorded live on July 15th, 1972, similar to their other albums.  It really is a grab-bag of psychedelic flavors, from throat-singing to copious amounts of delay to the requisite 25 min jam sesh, but amid the Bacchic chaos there is an underlying form that separates TMT from your average drum-circle. Little moments of cohesion and and melody counteract the atonal stretches of space-synths and jazz-trumpet trills. If you forgive some out of focus meandering here and there, the explorations of sound and space on this recording acts as a precursor for Eno’s work in the late 70’s, and Kraftwerk as well. 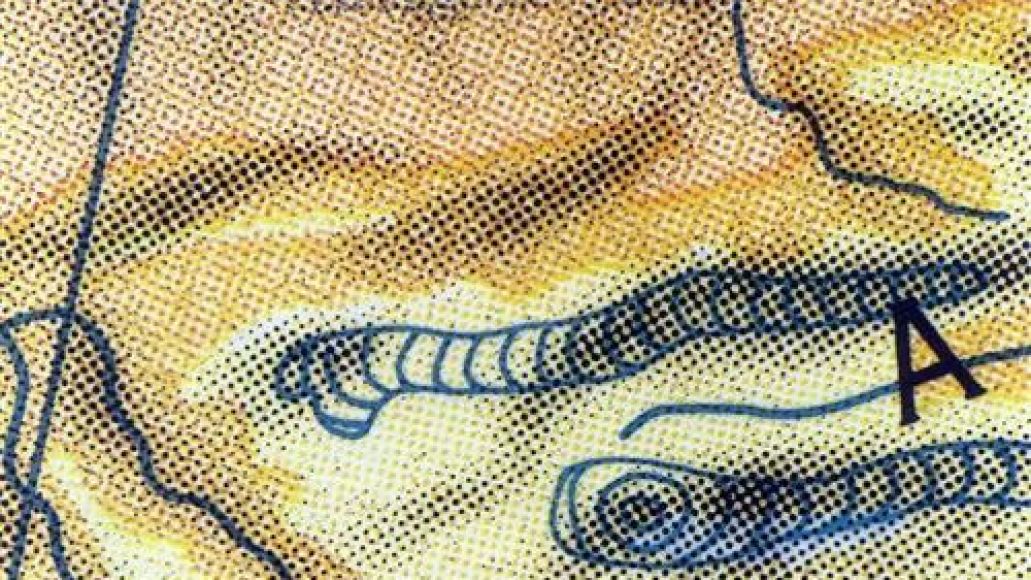 There are some who claim Eno invented “ambient”, including Eno himself. Holders of that opinion need only to look to the previous paragraph to hear a blend of spatial electro-organic experimentations predating Eno’s work (not to mention all of the 60’s avant composers like La Monte Young, John Cage, Philip Glass, et many al.) So while Eno may not have invented ambient, his Ambient series is certainly bellwether of the game. Ambient 4: On Land stands minutely apart from the other three albums in the Ambient series as a terrestrial and environmental piece, in a way breaking off a lot of what the Taj-Mahal Travelers were doing. Only where TMT were improvising on the spot, Eno cut and pasted sounds from his entire career into On Land and stands as a testament to Eno’s studio prowess.

In the liner notes, Eno talks about recording Ghana’s soundscape from his porch at night. “The effect of this simple technological system was to cluster all the disparate sounds into one aural frame; they became music.” This synthesis of organic environment and digital music brings the album to life in the most beguiling and subtle ways. There’s never any gentle lapping of white-noise in the background; rather it’s a colony of sounds interacting with each other, moving around like organisms under a microscope, all energized above a magnetic drone. And still there’s some great “fuck yeah!” moments, like the little bass riff in “Tal Coat” or the ethereal tone-clusters of the coda, “Dunwich Beach, 1960”.

Listen on Spotify, purchase on iTunes. 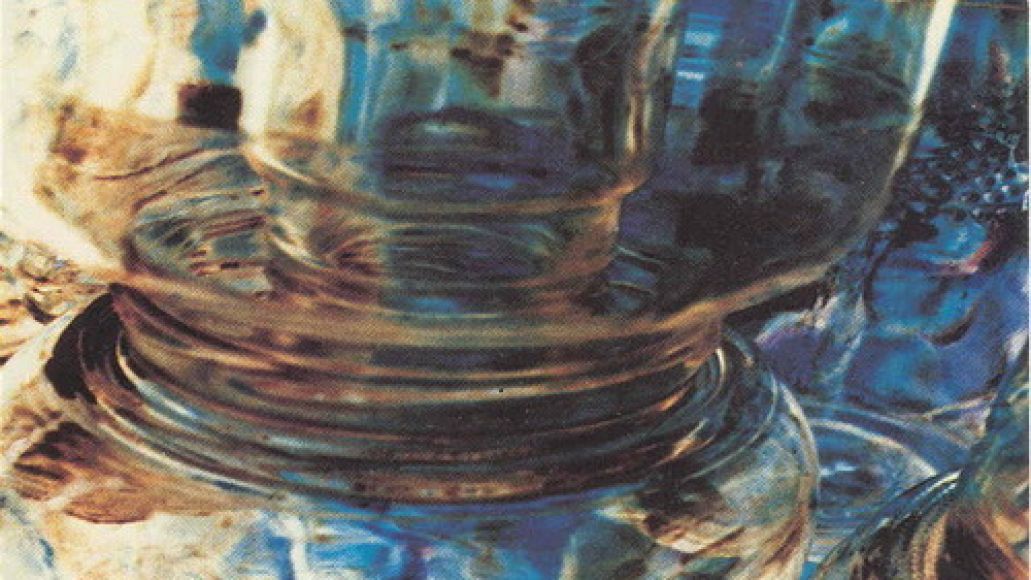 When Shoegaze hit in the late 80’s, the drone was no longer of the bass clef, but off in the upper reaches of the treble clef, clad in distorted guitars, feedback, and reverb forming drone’s new embrace. Taking cues from Phil Spector’s infamous “Wall of Sound” production, UK bands like My Bloody Valentine, Ride, Slowdive, all were working within the Shoegaze scene in some sub-style or another. Meanwhile in LA, a band called Medicine were trying to carve their UK influences into a comically diminutive space on a wall that was too crowded by the emerging Grunge scene. It’s no surprise the trio went relatively unnoticed, but their debut album Shot Forth Self Living is a severely underrated effort that employs The Jesus and Mary Chain noise-rock and My Bloody Valentine Shoegaze to hide dream-pop jewels all across the record.

“It’s easy for us to write a pop song and it’s easy for us to make a cool noise,” said guitarist/main man Brad Laner in a 1994 interview with Creem. “Guitars can do anything. They’re just pieces of wood with some metal wires stretched across. So I just sit down and make a noise and what comes out, I use. I’m lucky if I can duplicate it.” Laner’s guitar work on this album is gnarly. They’re all gained-up, and I’d wager 80% of the notes on this album are played above the 10th fret, often at tremolo-picking pace. The feedback and noise work wrings the brit-pop out of the tracks, and the compositional Shoegaze element works to obfuscate the whispy melodies of singer Annette Zalinskas. It’s just as fun to play around in as TMT or Eno — only there’s a bit more structure and rhythm. The album is bookended by “One More” and “Christmas Song”, two half-speed cinematic anthems that hint at the forthcoming post-rock boom from Mogwai, MÃºm, and Explosions in the Sky five years down the road.

Listen on Spotify (and it looks like a reissue is happening soon). 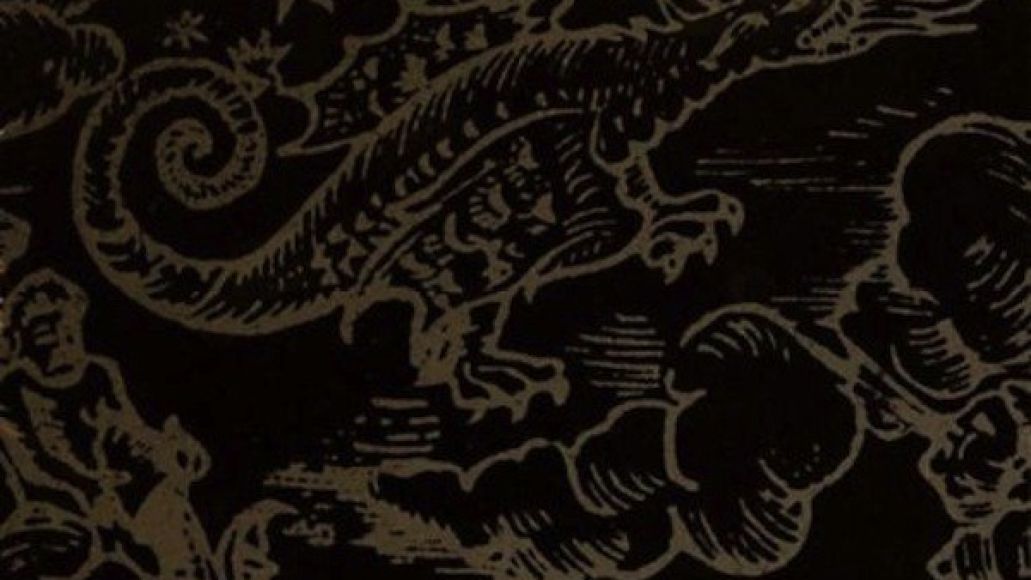 And if Shoegaze is the highest, etherial frequency of drone, Sunn O))) is the nether depths. They live in the bowels of the aural spectrum, making the music’s sine waves look like someone shaking out a filthy rug in super slow motion. There’s no muddying the issue: Sunn O))) fall squarely under metal more than any sort of avant ambient genre (they actually locked a band member in a coffin during the recording of an album, which is categorically a pretty metal thing to do.) The duo of Stephen O’Malley and Greg Anderson are acolytes of the 90’s drone-metal kings Earth only where Earth sounds detuned and dirge-like, Sunn O))) sounds untuned and dead.

Flight of the Behemoth is the nadir of tempo and melody, which alternately creates the apex of volume and intensity. The initial rev of “Mocking Solemnity” kick-starts the engine, there is no respite from the overdriven, undertuned pressure that builds for 50 minutes. In fact, it isn’t until well over 20 minutes into the album that a different sound other than a drone is heard. “O))) Bow 1” adds a distant piano and some serious Metal Machine Music to compliment the gyrations below — it’s jarring, like the dust from the rug suddenly flying toward your eyes. Still, the album clamps down tighter and sinks deeper until the final fading tones of “F.W.T.B.T.”, a nightmarish cough syrup reinterpretation of Metallica’s “For Whom The Bell Tolls”.

It’s not exactly like the others. Sunn O))) is more than likely not “fun to listen to”, but Flight of the Behemoth is as meticulous and powerful as any of the other albums on this list. It’s weighted down from all corners of the sound — truly the heaviest of metal. And that metal edge — the threat that there’s something even louder or lower or scarier just on the horizon –is what makes the album continue to persevere. While the force and nature of Sunn O))) may vary greatly from their earliest predecessors, it’s all part of the same current that rolls underneath so much music. A drone is a rhythm just like any drum beat, only its the one that closes resembles the rhythm of human interaction — a continual hum of energy we exist above every day. Even at its most darkest and grim, it’s still one of the most accurate reflections of life in music.

Listen to much of the album on Spotify.

The Reissue: Drone Your Own Way