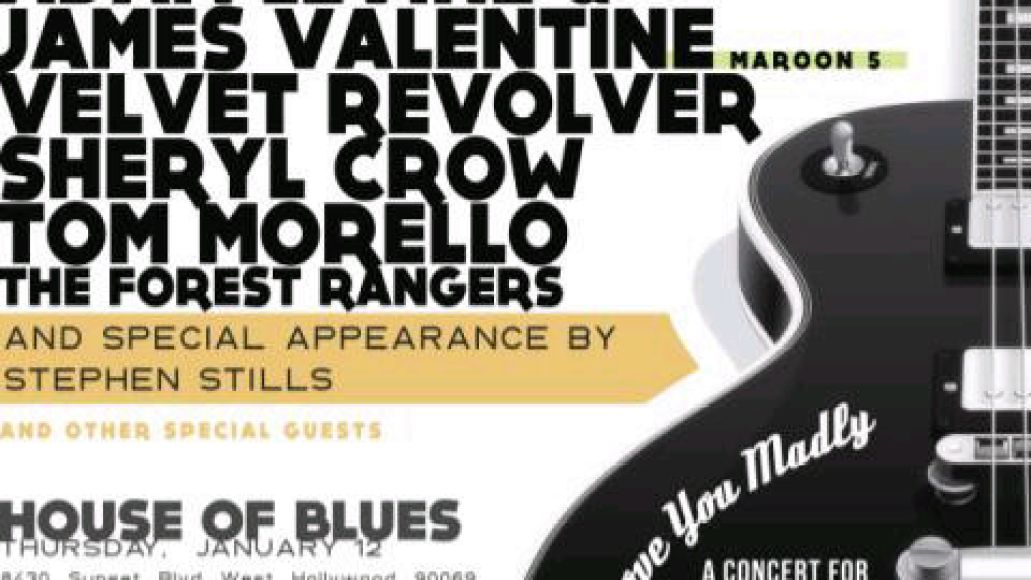 Later this month, Scott Weiland will reunite with Velvet Revolver for a one-off performance at a tribute concert for late ASCAP composer John O’Brien, as Blabbermouth reports. Set for January 12th at House of Blues in Hollywood, the concert will also feature performances by Adam Levine and James Valentine of Maroon 5, Sheryl Crow, Tom Morello, and a special appearance by Stephen Stills.

It’s been almost four years since the band split from Weiland. Since then, the band’s name has been attached to everyone from Lenny Kravitz to Chester Bennington to Corey Taylor, though they’ve yet to find a solid replacement. Weiland, on the other hand, has since been working with his ’90s outfit Stone Temple Pilots, who recently wrapped up last fall’s tour (which was originally postponed). So, who knows if this one-off will spark any new sounds, but stay tuned.