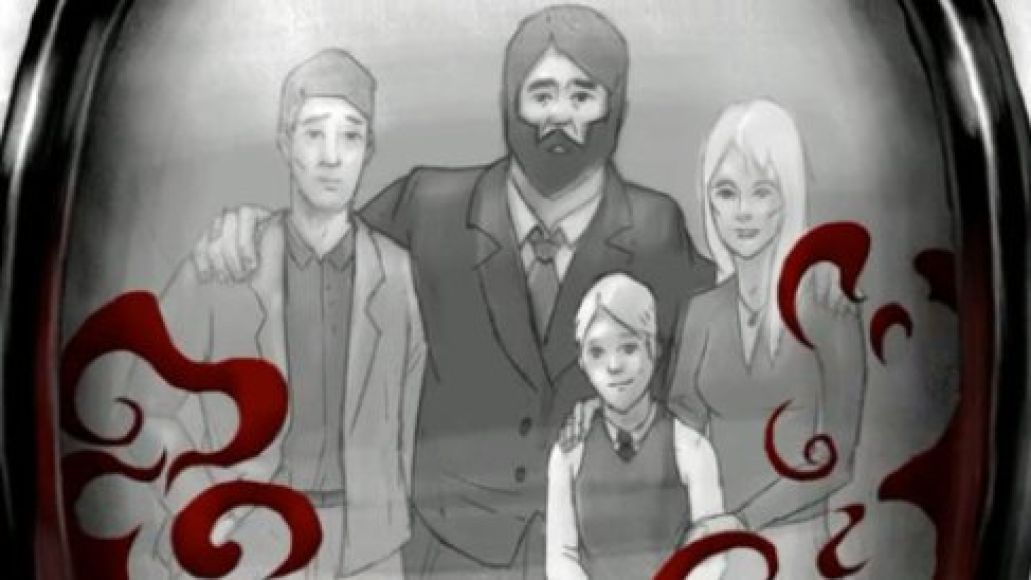 Danger Mouse and Daniele Luppi’s Rome is as much about the visual as it is about the music, which explains why director Chris Milk is using the project to “underpin” an upcoming film. For a sneak peek at what Milk and collaborator Anthony Francisco Schepperd have planned, the duo directed a music video for the Jack White-featuring track “Two Against One”. The hand-drawn cell animation clip uses stark black and white imagery to tell the story of a hunter and his lifetime or regrets. It’s equal parts bizarre, psychedelic exploration of the human psyche and a cartoon-ish spin on something as emotionally profound as loss. Check it out below (via NPR).

According to Milk, the video serves as a precursor to a live action adaptation of the Rome score he is developing with producers Anthony Bregman (Eternal Sunshine) and Megan Ellison (True Grit). “The music video is essentially the fever dream of the antagonist of the story. It’s mostly his backstory, his life before the tale we see in the movie.”

For a further sneak peek, Google Chrome users can head to www.Ro.me, where they can watch an “interactive lucid dream” of the protagonist. According to Milk, these pieces are “sort of narrative breadcrumbs that lead you to the eventual larger story.”

As always, stay tuned for more on the film as it’s announced.