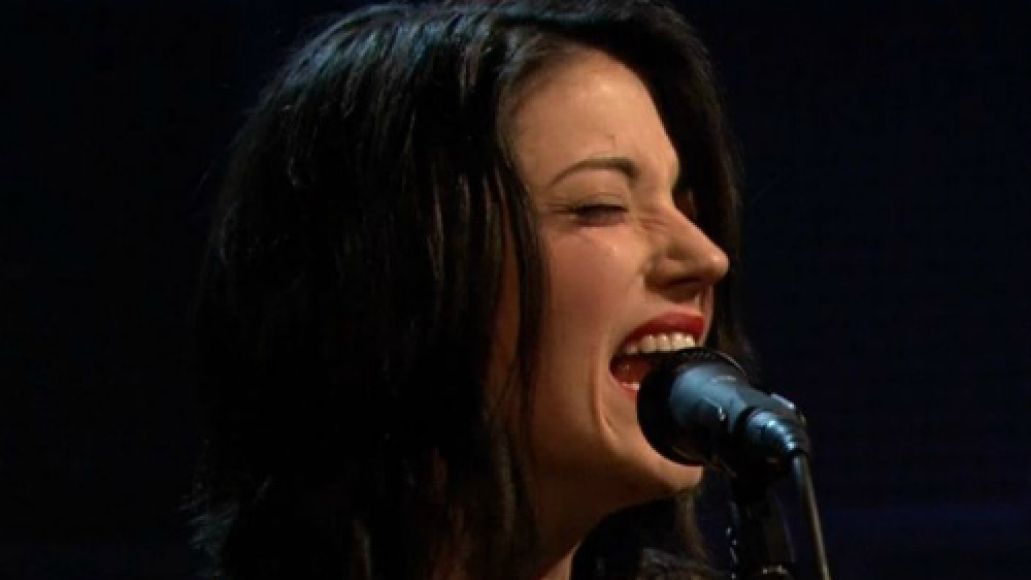 It’s a simple solution nowadays: Prospective album + critical darling = appearance on Jimmy Fallon. Don’t write that down. Commit it to memory, instead. That way you’ll know when all of your favorite acts will appear on the late night circuit. Okay, rant over. In anticipation of her third LP, Tramp, Sharon Van Etten made her television debut on Fallon last night to perform “Serpents”. Quite a preceding lineup, too. Liberal commentator Rachel Maddows? Portlandia‘s Fred Armisen? They know how to book a show. Also an act. Although the album’s weeks away from hitting your local record shop, Etten already has an esteemed authority on the new material – not to mention her guitar pedals, too. With an appeareance by The National’s Aaron Dessner on guitar, watch the performance below, courtesy of The Audio Perv.