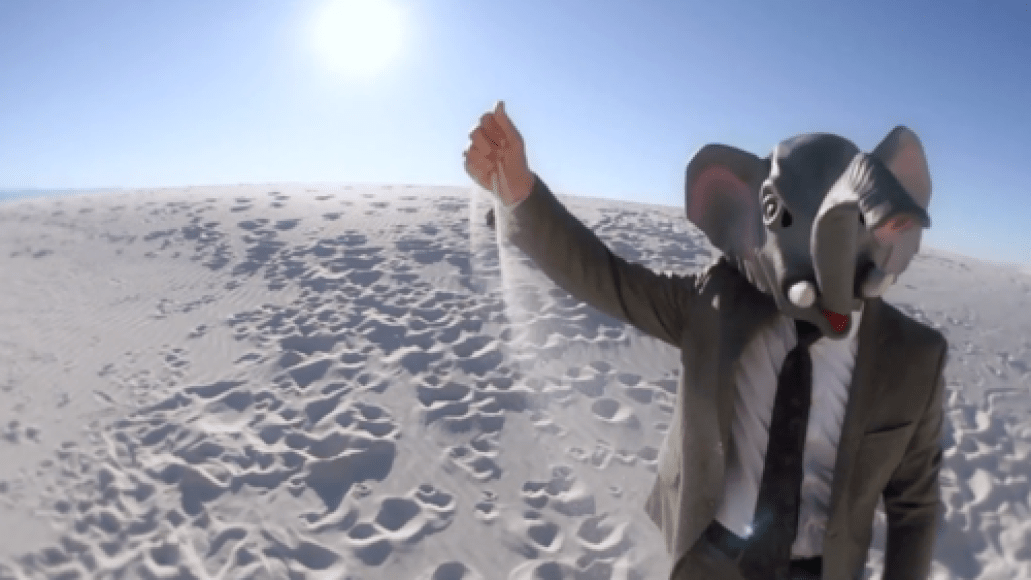 With Omar Rodriguez-Lopez suddenly reforming At The Drive-In, his Mars Volta bandmate/brother Marcel has time to spend with his other project, Zechs Marquise. Based in El Paso, the latter Rodriguez-Lopez plays drums in the instrumental progressive rock band with his other brothers Marfred and Rikardo on bass and keyboards, respectively. Their sophomore album, Getting Paid, dropped late last year from Rodriguez-Lopez Productions (it’s a family thing), and they’ve just delivered a new video for one of the tracks.

We first brought you their single “Everlasting Beacon Of Light” back in August. The track leans towards trip-hop before erupting into typical Rodriguez Brothers insanity, but the video pretty much starts and ends in the insane. In the clip, the name of the song appears to be the name of a smokeable drug. Inhalation of said drug leads to animal-headed people, dusty graveyards, latino gangs, and secret Zechs Marquise shows. Talk about gateway drugs. Check out the exclusive video, directed by The 90s, below.