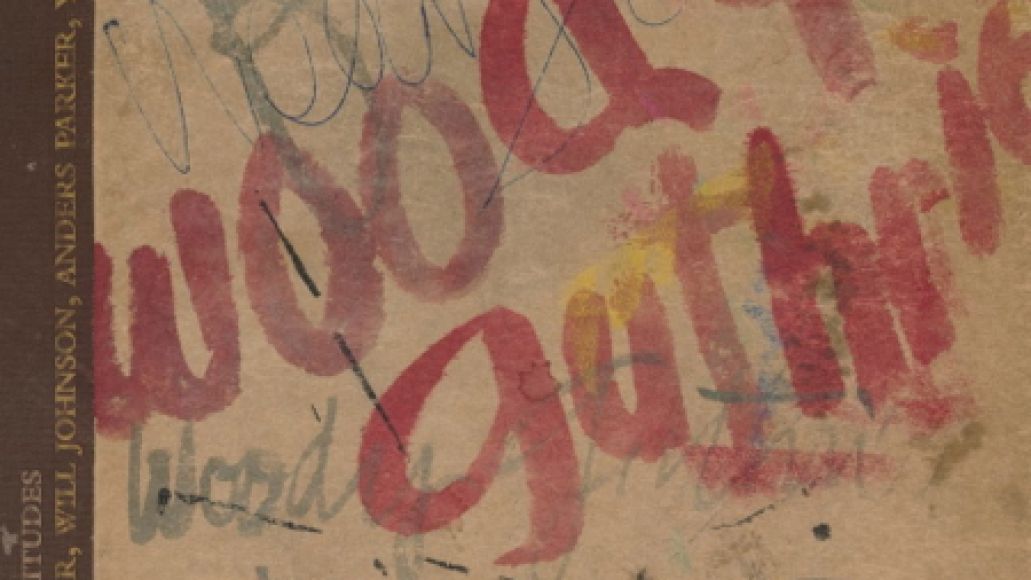 To coincide with the 100th birthday of Woody Guthrie, My Morning Jacket’s Yim Yames, Son Volt’s Jay Farrar, Centro-matic’s Will Johnson, and Varnaline’s Anders Parker have recorded an album featuring previously unrecorded Guthrie lyrics. Entitled New Multitudes, the LP comprises interpretations on 12 Guthrie compositions, most of which were written during his time in Los Angeles.

Says Guthrie’s daughter Nora, who sanctioned the project: “Lyric wise, it’s a part of the story that is still mostly unknown. From Woody’s experiences on LA’s skid row to his later years in Topanga Canyon, they are uniquely intimate, and relate two distinctly emotional periods in his life.” As an early taste, check out the track titled “Old LA”, which is streaming below (via The Line of Best Fit).

New Multitudes will be released on February 28th via Rounder Records as a 12-track LP and a 24-track limited edition. The limited edition features original Guthrie lyric sheets, the 12 track release, and 12 additional compositions recorded by Farrar and Parker. The album will also be available on vinyl.

In support of the release, the four musicians will tour together in March. Those tour dates are also below.