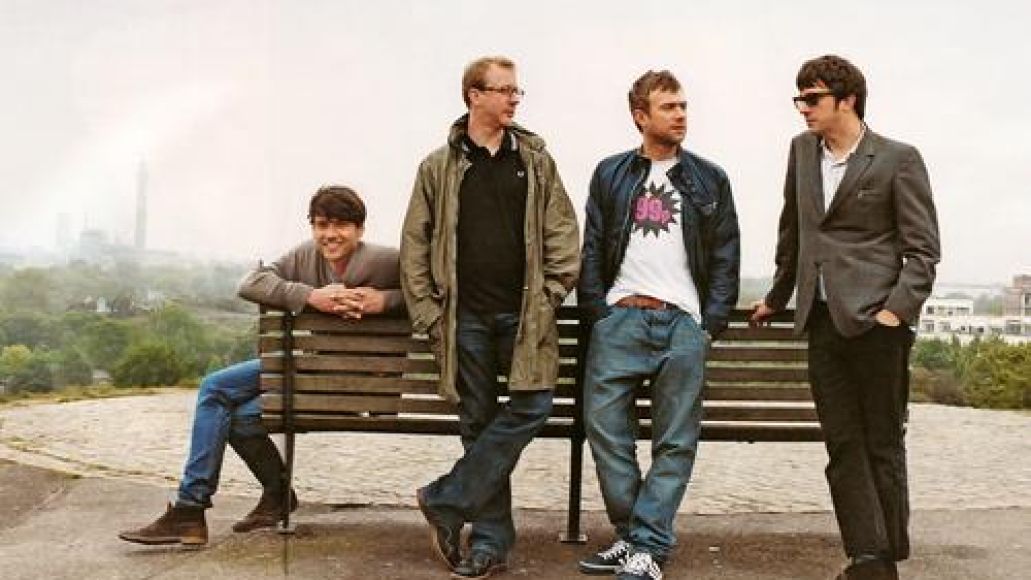 Graham Coxon says “there will definitely be another Blur album,” and now there’s a new Blur song. Tonight, Coxon and Damon Albarn debuted a brand new Blur song entitled “Under the West Way” during War Chid’s benefit concert at London’s Shepherds Bush Empire. It marks the band’s first new song since the 2010 Record Store Day release of “Fool’s Day”. Update: Check out video of the performance below.

According to QTheMusic.com, Albarn introduced the song by saying “we wrote [it] just up the road a couple of weeks ago.”

As previously reported, all four members of Blur will come together for their first performance in three years at the 2012 Brit Awards in London on Tuesday night.

Check Out: Blur's new song "Under the West Way"