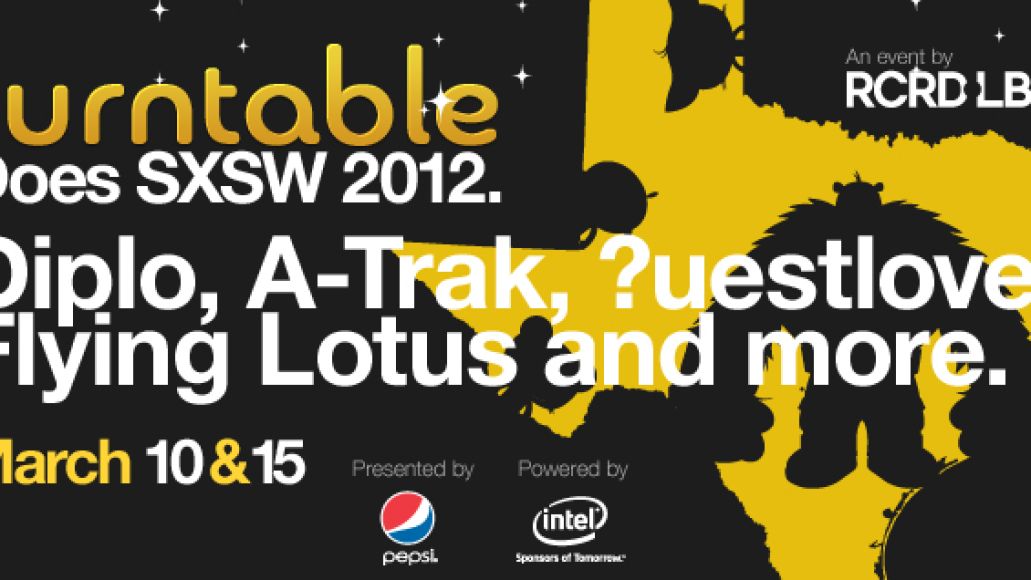 Turntable.fm will host two parties during South by Southwest 2012. The first one, set for March 10th at ND, will be headlined by Flying Lotus. The second, taking place on March 15th at 1100 6th East, will feature performances from ?uestlove, Diplo, and A-Trak. Both parties are free and open to the public on a first come, first serve basis. In addition, Turntable will be offering users a chance to win VIP passes during Turntable Tuesdays, and Consequence of Sound readers will also have their own chance to win. Stay tuned for details.

In the lead up to the parties, Turntable will be hosting a three-day DJ battle, with the winner earning the right to DJ live at the March 10th event. The battles run March 5-7th from 6-10pm ET. Consequence of Sound’s own Paul de Revere will be participating on March 5th during the 6pm ET slot. Check out the complete schedule below.