Omaha’s own Cursive has been steadily releasing solid rock albums for over 15 years. Their frantic musical style combined with lead singer Tim Kasher’s personal, creative, and at times grandiose lyrics have forged a completely unique sound. Their 2009 release, Mama, I’m Swollen, garnered attention across the country, and landed them their network TV debut on The Late Show with David Letterman. Their newest disc, I Am Gemini, is an 11-song concept album based on the story of two twins meeting each other for the first time in a dream-like world of carnivals and Siamese twins joined at the head. Kasher took some time to chat with us on the eve of their nation-wide tour.

First off, big fan of the new album…

Where did the development of the concept of the album start?

Really, we just started working on songs. From the inception, I didn’t have story ideas just yet, but I had the feeling I wanted to write something about schizophrenia. We were writing the music to complement that. I thought of that just because that tends to be our favorite way to write: take hard lefts and hopefully surprise the listener. Other than that, we just started writing the songs and I developed more of an actual story. Essentially, it’s just kind of an internal argument, the conflicting voices in one’s head, and kind of fictionalizing it all, and characterizing them and placing them in a situation.

On this album you become more of an outside observer, rather than an actual character, really. It’s kind of a change from previous albums, where it seems you as the writer are firmly inside of it, whereas this album is a step back away from it. Was that a conscious effort?

Yeah, it was something that I was a little bit concerned about while writing, and I kept aware of it. It all started from something personal, so it is really intimate to me as far as how I hear the story. It still sounds like myself. But again, it’s so fictionalized. Then there was the concern, “Well, there is the tendency that people want me to continue down a similar path as the past.”

I stayed aware of that on any given song where I wanted to make sure that, while I was having a good time with it being so fantastical, that it still stayed grounded in something that would resonate with people. Even though it sounds like a fantastic tale of these twins, it’s actually not that hard to see all the subtext and realize it’s a way of telling a story of any person’s struggle. 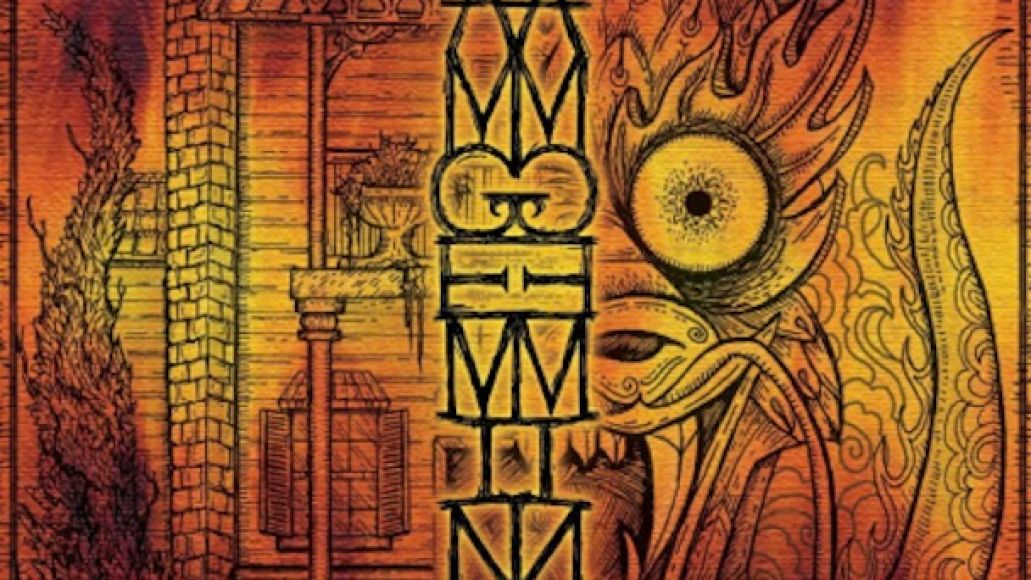 Once the idea and the story came through, did it become more complicated of a process? Was there a lot more diagramming of songs on this album than previous albums?

Yeah. That kind of a process can come off as daunting, and that’s why I’ve never really done it to this extent. I usually don’t have enough faith, or it’s too silly, or too pretentious. Or, the next thing that can happen is what you’re kind of suggesting, where that art becomes too difficult or seems too taxing. But I’m not gonna say, “Ooh it’s so difficult to do this.” Really, the reason we wrote it this way was because it kept falling together well. Any type of impasse that may have occurred, there was always enough momentum to keep moving forward.

I still have to question whether that was a good idea or not. But, now that it’s finished, whether it’s good or bad, I just really have a nice sense of accomplishment that I finally saw something like this through, since it’s something that I’ve wanted to do for so many years.

I would imagine having the full story basically laid out while you guys were going through it definitely helped keep it a full, cohesive, start-to-finish, “concept” album. Did you find that it helped having that basis to go back to?

Yeah, actually, I guess I can go back, since I got sidetracked, and finish answering that question. [Laughs] Everything was diagrammed lyrically. We did write all the songs, and I went ahead and laid the story out and sequenced the songs by diagramming each one and recognizing what part they would entail and how they would drive the story forward. I then presented it to the band and asked permission, basically, to give it a shot. They hesitantly said, “Yeah, as long as we can change it.” So, they were open to it.

In some ways, it was easier, because since it was diagrammed and since each song had to have certain subject matter and had to get from A to C, it made it easier to write in that sense. It kind of rid me of weeks of trying to decide what each song is going to be about, or trying to get some inspiration. Instead, the story was already written. But at the same time it was kind of a pain in the ass, because the songs didn’t want to conform to a subject matter at all. Maybe I’m saying…it took longer but wasn’t necessarily more difficult than any other record.

With the booklet that comes with it, and all the stage directions in it, you could see this on a stage?

Yeah, when I first finished the story I had big daydreams of, “We’ll get the album done first, but I should start talking to producers and see if I can get this made!” [Laughs] But I set that aside and stood back and told myself, “What you’re doing is making an album. You’re not making a production of some day dream in your head.” I’m glad I did that, because I wanted to remind myself that I need to make sure I do the album right, and that the story is told through the album. That’s all I think of it as now. I don’t think of it as a grander production.

It definitely shows that there was a lot of care and precise decisions made in regards to the music. Was it a sort of happy accident that the music you wrote initially fit with the idea? Or was it something you had in mind while the music was being written?

Earlier on, even though I didn’t have the story written, I made the effort to make the songs have twist and turns. I think I was preparing things just in case, knowing that if the songs took enough twists and turns it would be an effective way to propel the story line. But again, it was pretty big at that point. It was just a hunch just in case, if we chose to go in that direction, we’d have a lot to work with.

As far as you personally, your solo album a couple of years ago went over really well. Are there plans for a second one?

I’ve been starting to work on a couple of ideas. I’m going to keep writing songs for those and see how they go. I definitely want to have something ready so when the cycle for this record finishes I’ll be ready with something else.